“They Also Serve”: The Love Story Behind the Story in The Planetary Anthologies: Saturn 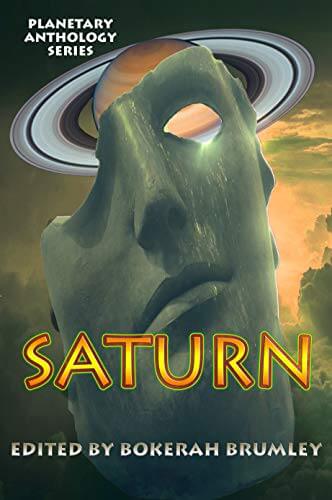 There are so many ways my husband, Rob, and I are perfect for each other. Writing was one of them. We were both lieutenants in the Air Force when we met, and on a date, Rob told me about this wonderful story idea he’d been toying with about a young officer who did his best at a job that wasn’t vital…until it was. He had some notes and the title, “They Also Serve” from the quote: They also serve who stand and wait. 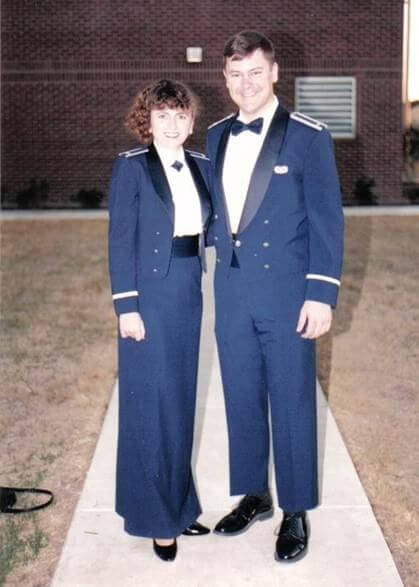 Years went by. We married, had children… My military career was mediocre (as was my interest in it), while Rob’s grew in responsibility and respect. He became known as the officer you tossed at problems (never mind if he knew the field), and he worked hard to be worthy of the trust his superiors placed in him. This, of course, left little time for writing. “They Also Serve” collected metaphorical dust in the file cabinet, but he never forgot the story. Sometimes, when we were discussing a book he was reading or my own writing, he’d say, “I really should go back and write that story.” I always offered to help; after all, Rob is my idea man, my brainstorming partner, and my trusted First Reader.

But always, something else took priority. Years went by – 30, in fact.

Then Bokerah’s call for submissions for the Saturn anthology, and I knew the time had come.

I dug through the file cabinet and found his notes, written on notepaper during an uneventful mid-shift at El Dorado Missile Warning station, the inspiration for the story. It was bare-bones, but even three decades later, it held the promise of a great tale.

We had several enjoyable conversations discussing setting, characters, and how to best fit it into the Saturn system. There’s romance in working with the person you love most. As usual in our collaborations, Rob provided the big ideas, the technical details, the military tactics. I handled humor and characterization, and finally wrote down the words of the story that had been dwelling in his heart.

We’re both very happy with the result, but for me, the best part of the story was helping make one of Rob’s small dreams a reality. In that way, I, too, have served.

Read “They Also Serve” and other excellent stories in Saturn. Get it on Amazon.

← Previous: Book Tour and Review: Shadow in the Dark by Antony Kolenc Next: Doall's Do-Over now a book →