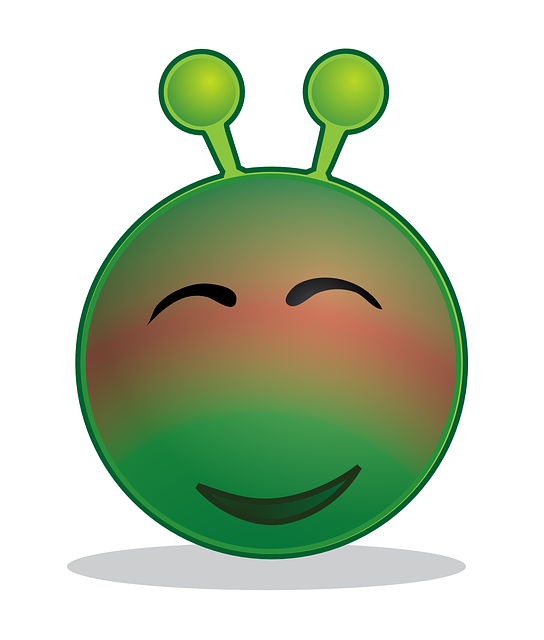 Gel enjoyed his first night managing security on his own. Before the LT had commandeered him for the Impulsive, he’s served station security on Starbase 119, mostly on bouncer duty. Handling stationside security on the starship side was much easier. Back then, he’d dealt with up 15 fights in a night, earning the wrath of the combatants for interfering and the ire of the bartenders for never responding fast enough. Tonight, he’d bailed out two drunk engineers who got into a fight with a couple of Raisens who called the Impulsive names and then discovered their stun guns weren’t going to save them. That and a crowd of crewmen who had a few too many and decided their experiences with the cyber virus qualified them to make a flash crowd.

He’d had to lead a team of station and Impulsive security people to bring the singers back to the ship, including one he stunned for questioning his authority. He’d passed by the LT walking arm in arm with two beautiful women. His boss had only given him the briefest nods before continuing his way. Gel had felt so proud.

He left Chief Minion Kawali in charge of taking the group to Sickbay, just in case their sudden theatrics was more than alcohol-induced poor judgement and went to the sector security station to fill out the paperwork – and to show off his new rank to any of his former coworkers who might still be there. On the way back, he ran into one of his old patrol buddies and paused to swap stories.

Pence had just related his latest disciplinary action, and Gel had just finished explaining the L.T.’s philosophy about the stun setting, when two very proper, very offended-looking women approached them.

“Pardon me,” the older of the two said, “We’d like to report an impending indecent act.”

The way his friend paused told Gel he was weighing the satisfaction of a smart-alec comeback vs. getting in trouble again. Gel jumped in, “What would that be, ma’am?”

The younger one answered. “We were just out, getting an early-morning walk on the docking ring…”

Her companion took up the story, “We saw a couple in a dark recess. They were…” she blushed.

His litany ended when Gel jabbed him in the stomach, but he’d made his point clear. The ladies stared wide-eyed.

“They were clothed, you see, but the way they were kissing… We were young once ourselves, you know. I know what that kind of handsiness means.”

“And the woman was egging him on. She kept saying, ‘Oh, get hard’ or ‘so kept hard’ or something.”

“Yes!” both ladies said in unison, then the elder continued, “Whatever newfangled profanity it might be, they really should take it out of the corridors before they keptar or whatever kids call it nowadays.”

Gel felt a quiver of dread in his cytoplasm as Pence thanked them and promised to look into it. When the ladies gave them the location – not far from where the Impulsive was docked – his dread grew. The Impulsive had met an alien species that worshiped, Keptar, the god who expelled the universe from its anus, and whose worship involved a lot of butt-rubbing. Captain Tiberius had been one of their first converts. Could the captain be doing some ‘personal evangelizing’?

“So what the heck is a keptar?” Pence asked, clearly hoping for some tidbit that probably would get him in trouble if he repeated it.

Gel was glad to disappoint him. “It’s an alien religion. Long story. Listen, do you mind if I check it out? It sounds like one of mine.”

“No problem. It’s not in my area, anyway, and by the time I report it and they send someone, they’ll probably already be indecent or gone.”

They said their goodbyes and Gel hurried back to the docking rings. As soon as he was alone in a corridor, he went to activate his comms – then he remembered that the Impulsive was electronically quarantined. The only way to know if the Captain was on the ship would be to detour to the ship. Maybe he should find Lieutenant LaFuentes?

He hardened his resolve and moved more quickly to the location the ladies had given. No, the L.T. would expect him to handle it. A good security officer had to be ready for anything.

Even so, he was not prepared to round a corner and see Ellie Doall in an “impending compromising position” with a guy he’d never seen before. The two were liplocked and oblivious, and demonstrating the perfect definition of “handsy.”

Ellie leaned away just enough to murmur, “Oh, Keptar!” but he didn’t think it had anything to do with worship.

Gelatinous life forms don’t have throats to clear, but he made the equivalent polite sound.

“I’m afraid I can’t do that, Lieutenant. You’re…um, needed on the ship.”

“That’s okay. I have an early day tomorrow, too,” her date said, giving her a light peck on the lips in between each couple of words.

“I miss you already.” He kissed her back.

“Uh, Lieutenant?” Gel said before he died of the Globbal equivalent of insulin shock. Besides, it looked like they were going to forget they were saying goodbye. “I’d be honored to escort you back to the ship.”

“Oh! Right!” With a moan of effort, she pushed herself away. “Thank you for the lovely evening, Toddy.”

“No, no. You’re the one who rescued my evening, Awllie.”

To ensure she didn’t turn back around for yet another last kiss, Gel stuck out a pseudopod. “I’m Ensign Gel O’Tin. I’ll get her home safe.”

Gel crooked his pseudopod toward her. With a small “oh!” of delight, Ellie slipped her arm through it. He led the way, she trailing and waving until they turned the corner. When they were out of sight, she heaved a sigh.

“Have a good time?” Gel asked.

“The best! We were drinking and dancing and then I realized I needed some sleep before the briefing, and so Toddy was walking me to the airlock, but we saw that dark corner and he pulled me in for a kiss and…” She sighed so heavily she stumbled.

Gel supported her until she got her balance. “Are you okay, Lieutenant? May I escort you to Sickbay?”

“Oh, Gel, you’re so sweet!” She patted the top of his bulk sloppily. “I’m fine. I’m just very, very drunk, and he’s very, very hot. Leslie called him ‘Hot Toddy.’” She jerked to a stop with a small squeak. “Gel! I didn’t get his last name! How will I ever find him again?”

He got her moving again. “Where does he work?”

“I don’t know! We didn’t talk about work. Something went wrong with a project of his, and he feels just awful, so we didn’t talk about jobs at al. But I know he has two sisters, Trinity and LaPring, and he grew up on Europa, and his mom’s a freighter captain and his favorite color is unobtanium gray…but is that enough to find him again?” Her lip quivered.

Now, Gel gave her a reassuring pat on the arm. “If you still feel this way when you’re sober, let me know. We’ll find him.” He didn’t mention that he’d gotten Todd’s fingerprints when they shook hands. If Todd had slipped Ellie a “subpoena,” he would have tracked him down and made him pay. The Ship is Family.

But Ellie kept talking about how sweet and smart Todd was and how Leslie and Misha liked him and thought he was hot, too. When they got to her quarters, he asked once more if she wanted to go to Sickbay.

“No, I have some soberups on my nightstand, but you’re so sweet to take care of me, Gel.”

“The Ship is Family.”

“But it’s more than that. You’re just a genuinely good person! Don’t give up on Misha, okay? You two were so cute together.”

Gel had a sinking feeling in his cytoplasm. “Um, Lieutenant…”

She waved her hands in dismissal. “Don’t mind me. I’m full of alcohol and romance. Thanks for walking me.”

When her doors closed behind her, Gel asked Pulsie to be sure she had an alarm set, then headed back to the security office, trying not to worry about what Ellie had said.