ST:HMB Phantom of the Cybersphere, Part 9 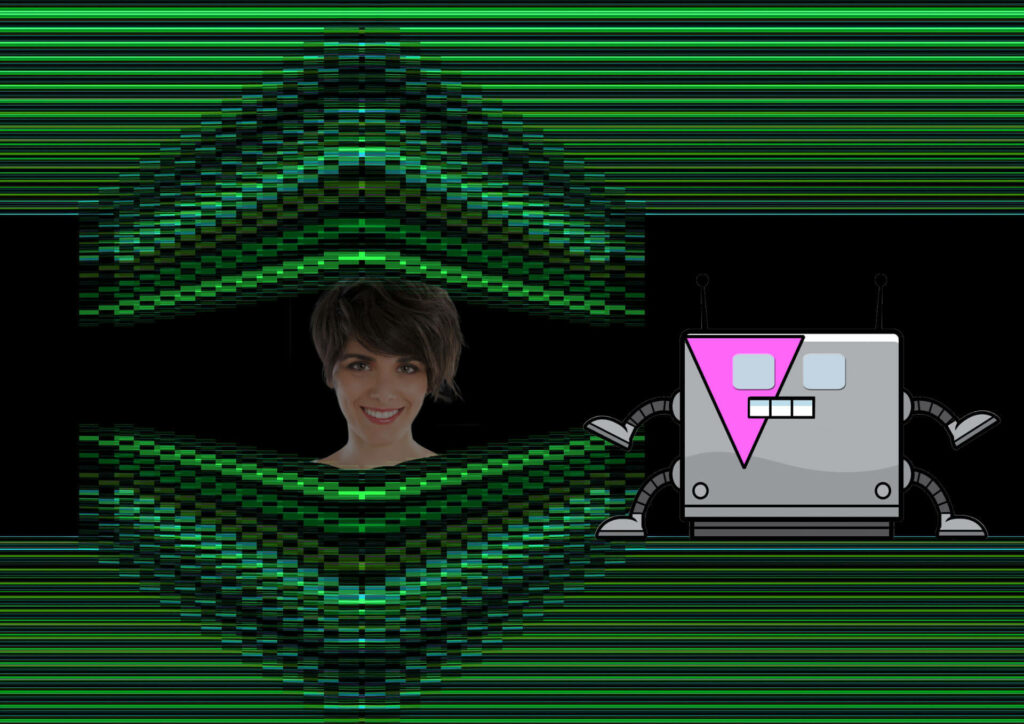 The realization that her mind had in fact been altered somehow broke Ellie of her spell, at least for the moment. She calmed down enough to apologize to Enigo and to lay quietly. She refused a sedative, saying she needed to know what was going on, and with the Enigo’s approval as Chief of Security, the doctor agreed.

While Enigo contacted the bridge, Doc Sorcha created a guitar for him. It was holographic but as solid as she could be when needed. It would keep them from singing while the Captain and First Officer heard the briefing in the protected ready room.

Doc Sorcha pointed to a screen, where three brains were twirling slowly. Different shades of the rainbow showed the areas of activity. Really, the most scientific way to explain this would have been with the raw data, but Doall was in no mental state to concentrate on the numbers and the other three humans were not well versed in neurology, so the doctor kept the illustrations simple.

“The first is a scan of a normal brain. The second, a brain on Cybersong. See the areas glowing yellow? Those are the creativity centers. Once upon a time, humans used to think that artistic creativity focused in a single hemisphere, but that was just poppycock. There’s more complex interaction than that, and here, you can see it’s overstimulated. Now, this is the scan of Ensign Doall’s brain from just a minute ago. Look how much stronger the stimulation is here and here.”

Ellie gasped. “There are black spots! What are those black spots? Is my brain burning out?”

The doctor laid a photonic hand on her arm, through which she pulsed alpha waves to calm her. “Bedside manner” really did involve properly understanding biology. “Those aren’t dead spots, and don’t worry. They’re magnified to show up on the screen. What you are seeing are thousands of nanobots circulating in your gray matter.”

“Yes. There are only thousands, and they are not multiplying. That tells me you were specifically invaded and they’re most likely for communication. Since there aren’t any in the air, they must have entered through a facial orifice, most likely ears or eyes.”

Enigo slammed his hand on his guitar strings. “The ship has been taken over by a cyber virus and you accept something from a machine? Present company excepted, Doc. You were vetted.” He sighed and resumed playing.

Sorcha nodded her head. “Thank you – and rest assured, I did not give any medications to robots to distribute, particularly not sanitation drones. Why would you accept anything from it?”

“Because it wasn’t just any sanitation robot. It was Janbot! He’s always bringing me little things – flowers, and a pretty piece of twisted metal he picked up when he was cleaning the hull after the Cyber attack, and… Oh, no! Captain! It was Janbot! That’s how the Cyber virus got in – through Janbot. And now, it’s in my head – because Janbot…”

Suddenly, Sickbay reverberated with the crashing chords of an organ. Ellie screamed and fled.

“Hey!” Enigo dashed after her, but the gravity shifted under his feet and he tripped. Doctor Sorcha rematerialized to block the door. However, her photonic emitters malfunctioned, leaving only a holographic image that the distraught Ops Officer ran through. The doors slid shut after her exit and locked.

“I’m really sorry, y’all,” the voice of the Impulsive said to the trapped doctor and security chief. “But it’s her big finale.”

The gravity reverted to normal. Enigo sat up with an exasperated sigh.

Sorcha offered him a now-solid hand up. “I guess we’re left letting this play out. In the meantime, Captain, I’ll devise a way to disable the nanobots.”

Enigo stalked to the door. It did not open. He banged it. “Pulsie, let me out. I promise I’ll let her sing, okay? But I dropped my guitar by the lazivator. I need to get it. For your sake as well as the rest of us.”

Enigo rushed out. He was indeed getting his guitar, but then he was heading straight to the bridge to get permission to shoot all the janbots. The Cybers had already taken his woman. They were not going to take his ship and his family, too.

Finally, he could enact his revenge, and with the number of sanitation bots on the ship, it was a target-rich environment.