If you’re behind, read up! Otherwise, a brief reminder: Physics is wonky and getting worse; they can’t destroy the NO-BRAINR, the ships are still stuck, and a black hole has opened up in the wonkyverse and will swallow the Inconceivable in five minutes (story time, naturally, or there’d be no reason to keep reading.)

And I just decided that “wonkyverse” is my favorite new word. 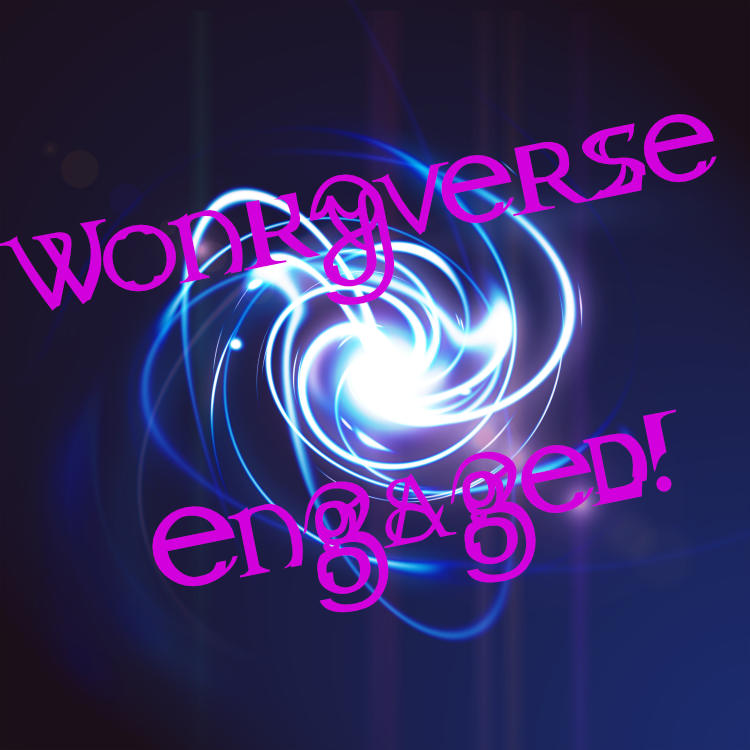 A thrill of excitement rippled through the bridge. When the captain gave that command, it not only meant they were in deep doodoo, but also that the crew had complete license in their efforts to solve the problem. The last time they had had to “get creative,” the Impulsive had passed through an anomaly that had set them in the middle of a three-way battle between hostile aliens while en route to a starbase to have the ship fumigated. Someone had picked up a cute, fuzzy pet that turned out to be asexually and prolifically procreative. Even the ship’s katt could not keep up with the population. They’d finally solved both problems by teleporting the pests to each of the ships and warping away during the confusion.

Sadly, they had no tribbles to throw at the wonkyverse.

Lt. LaFuentes started by trying to shoot the black hole, under the assumption that if the laws of physics weren’t going to work right, it could hardly hurt to try. He was right: it didn’t hurt. It didn’t help, either.

“Let’s replicate a reset button!” one of the second-string bridge crew cried from the bullpen. “If the replicators are really twisting things to alternate purposes, maybe it will reset the universe.”

“Or reset us,” Smythe replied.

“Do it,” Jeb said. “But don’t hit it until we’re five seconds from death.”

The crewman gave her captain a sharp nod and strode into the conference room, which had the nearest replicator. Inside, her heart was beating with joy at being given permission to try her idea and fear that they might actually have to use it.

“Captain,” Loreli’s voice came over the intercom. “I’ve been pondering the problem of the replicators and I think it may apply to our situation. Just like the rules of this universe, the actions of the replicated items correlate to their creators, either species or individual. So if we can find the common link between humans, Commanders Deary and Jardin, and the actions of the NO-BRAINR, perhaps we can undo the damage.”

“Then we could send a patch and reprogram the NO-BRAINR to fix what it’s done,” Smythe suggested, “but we have four minutes to figure out what’s wrong.”