ST:HMB Phantom of the Cybersphere, Part 10 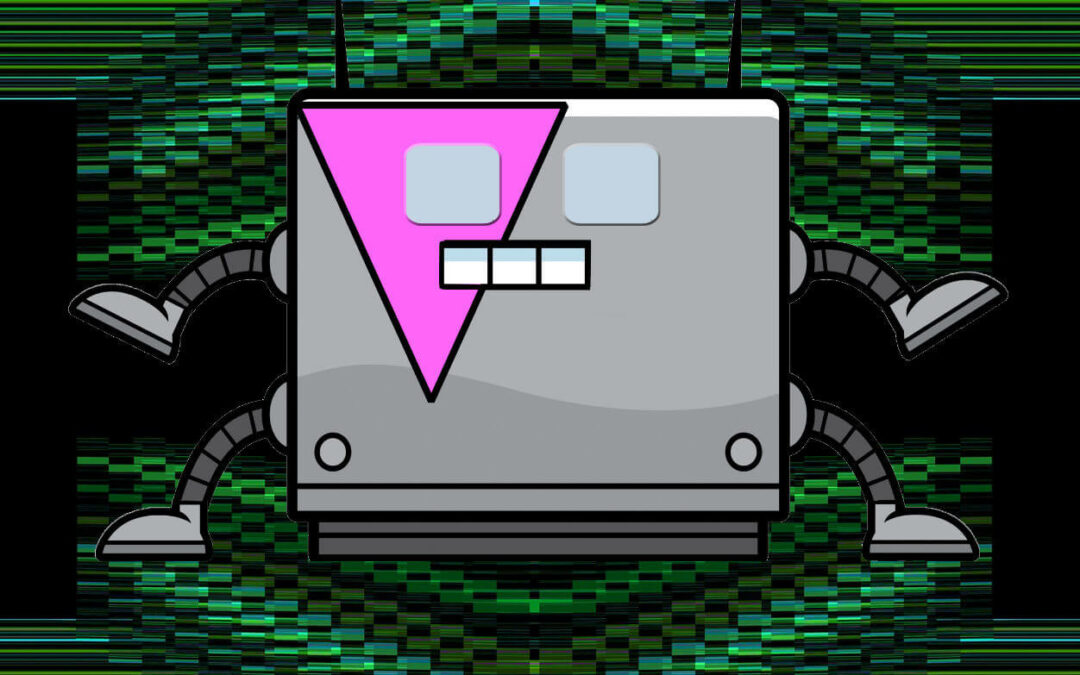 When last we left, Ellie was rushing down the halls like the heroine in a gothic horror, haunted and hunted by the ghost (or should we say phantom) that wants her. For reasons unbeknownst to them, anyone she passes breaks out into a chorus: He’s here – the phantom of the Cybersong! 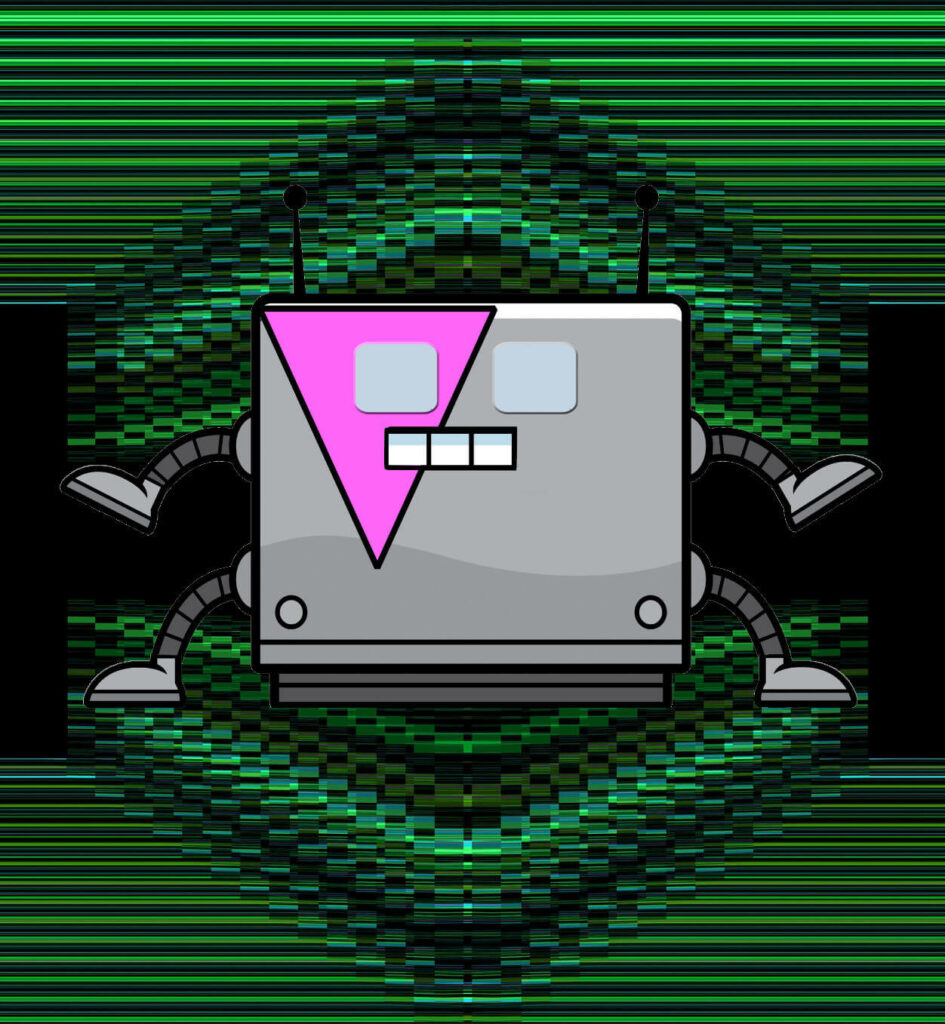 ELLIE (Tune of “Phantom of the Opera”)

In sleep, he codes with me
In dreams, he came.
That voice which calls to me
And speaks my name
And dare I dream again
For now, I find
The phantom of the Cybersong is there inside my mind

JANBOT
Please don’t run from me!
I love you so.
More than a cleaning bot
I’m Cyber-souled.
I’m really not a threat
I’m sure you’ll find
When the phantom of the Cybersong is there inside your mind.

JANBOT
I wore the Cyber’s mask.
To bring you near.
The coding and the heart
In one combined
The phantom of the Cybersong is here inside our minds.

ELLIE
No more! No phantom of the Cybersong!

Ellie ducked into an empty lazivator, ordered it to the bridge, and then slid down until she was sitting, knees against her chest, hands covering her head. Still, Janbot sang to her.

Over the intercom, she heard: “All hands, this is the Captain. The Cybers have infiltrated the ship through the janitorial robots. All Janbots should be captured and placed in an isolation field or destroyed. Red Alert.”

Suddenly shouts and phaser fire sounded over the intercom.

JANBOT
I am the only one. This truth, they’ve missed.
But if they want a war, then war, it is.

Ellie cried out, and it wasn’t even musical. “Pulsie, shuttle bay, please?”

Come to me, come to me, Ellie.
Please, let’s work this out.

Pain like an ice pick stabbed at her. She screamed. The world around her started to gray.

She was dimly aware of the lazivator doors opening and someone pulling her up.

Not just someone. Raoul.

RAOUL
Ellie, dear. Ellie, what is it? Are you in distress?

“Shuttle,” she gasped, and when he didn’t react fast enough, tried to walk there herself. He put an arm around her and held her hand. She actually would have appreciated getting swept up, even in a fireman’s carry, but it was something, at least. Plus, the pain seemed to ease up. Was it due to Raoul’s presence or because she was concentrating on putting one foot in front of the other?

In her distress and his concern, neither noticed the small robot sidling along behind them.

RAOUL (Tune of “Raoul, I’ve Seen Him” from Phantom of the Opera.”)

Why have you brought me here?

ELLIE
He’ll kill us!
His code will find me there!

ELLIE
A code that burns!

RAOUL
Don’t even think it

ELLIE
And if he has to kill the entire ship

ELLIE
The Phantom of the Cybersong will kill…

RAOUL
We can remove the coding
Believe me

Raoul took her by the arms. He shook her slightly. “Ellie, it’s just code!”

RAOUL
There is no Phantom of the Cybersong!

ELLIE
Raoul, I’ve been there
to his world of unending code
To a world where the words dissolve into scripting…
Scripting…

Raoul, he taught me!
What else could cause my keen insight?
Can I ever escape from my shame?
I thought I’d impress you, and now I in pain
from that scripting…
scripting…

But his text filled my intellect
With such strange, sweet thoughts.
In that night there was coding in my mind.
And through that code, I thought I’d save us all!
But it seems I’ve only dropped the ball…

RAOUL
It’s not your fault, my sweet Ellie Do-It-All…

ELLIE
Yet in his eyes
all the sadness of the world
Those pleading eyes,
that both threaten and adore

Ellie gasped, “Raoul, what was that? Wait! Why were we singing?”

She spun, searching the shuttle with her eyes. From the shadow, Janbot rolled forward, a dandelion in its grip. Ellie gave a shriek and backed away.

Enigo could probably have told her the musical structure of the last word she sang. All she knew was the notes flowed from her throat as never before. Around them, the shuttle lights started to flicker.

Raoul ran to his computers. “Ellie, what are you doing? The virus is breaking the firewall.”

She looked at him, her eyes helpless and terrified as she sings a higher scale. Janbot moved closer to her, his arms outstretched. She backed away, singing a single higher and higher on the scale.

But Ellie couldn’t help herself. One note, then a higher one, then she all but screamed, “Run!” in E6. She was really quite impressive, too, but of course, she would be.

The field around the shuttle burst like a crystal goblet shattering from the resonance of a perfectly sung note. Everyone in the shuttle and shuttle bay was knocked unconscious.