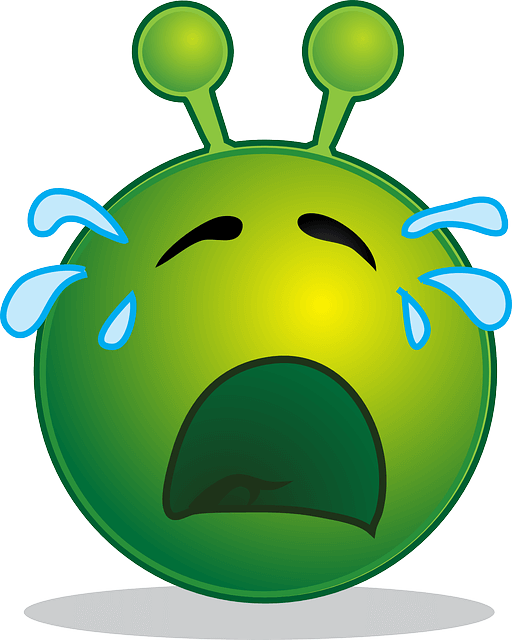 The ship is out of danger, but our mission was not successful. Filedise has destroyed itself, we have no solution to the replicator problems, and the source code that was the cause of all this is now in the hands of the Cybers. But at this moment, I don’t care. The teleporter console is malfunctioning and threatening to take out half the deck if it explodes. Most of the crew is being evacuated, but Dour, Deary, LaFuentes, and Doall refuse to leave their posts. Some of my most valued crewmen – one that I raised like a daughter – are in mortal danger and I don’t know if there’s anything I can do to help.

“Talk to me, Deary,” Jeb yelled as he raced down the corridor. Rather than the teleporter room, however, he ducked into Auxiliary control.

It was Dour who answered. “We have violated the law.”

“What? This is not the time for mystic vagueness, Chief.”

But his voice was devoid of its usual prophetic quality. He sounded young and afraid. “The beams. We crossed the beams.”

Deary said, “It was the tumble, Captain. We hadn’t received all the data, and when the beam looped in on itself…”

Dour said, “We have violated Spengler’s Law, and my mistress extracts the price.”

“Captain in Aux Control,” Doall said automatically, though her wide-eyed gaze was on her console and she was pressing buttons frantically. “I can’t stop it, Captain. You shouldn’t be here.”

“You have to!” Enigo said. “Come on, chica, think! Pull power from the warp drive.”

Deary replied, “It’s too late. We’re facing cascading intermixing of the photonic matrix. If we materialize them, every molecule in their body will explode at the speed of light.”

“Put them back in the buffer,” Jeb ordered.

“We can’t. The streams have become too complex. The consoles are supercharging. Get out here, the lot of you, and close the blast door behind you. It’s been an honor.”

“Doall?” Jeb asked. He’d give his ops officer one last chance to pull a miracle, then he was dragging both officers away by their ears if need be.

“Doall,” Enigo whispered, then louder. “Doall, come on. You’re the miracle worker. There has to be a way to save them.”

“Y’all got 20 seconds, and there’s no dramatic buffer,” the Impulsive warned.

Ellie sobbed. “Send them back.”

“What?” Enigo roared. “There’s no planet there.”

“It doesn’t matter. The data stream is too confused. Chief, reverse the matter stream.”

Ellie pleaded to the captain with her eyes.

Jeb spoke the words that would haunt him the rest of his life. “Chief, do it.”

Dour choked out, “Reversing the stream.”

Four seconds passed, seconds in which Enigo prayed, Ellie fought sobs, and Jeb wished that he was in the matter stream instead. By Keptar, Sprout, if I had known.

Then, Deary said. “It worked, Ensign. Photonic normalcy is being re-established.”

“Good!” LaFuentes said, his voice desperate with hope. “Now bring them back.”

“Enigo,” Ellie’s voice was high and thready as she fought to keep from breaking down. “There’s nothing to bring back. They, they’re…” She couldn’t finish her sentence.

“You killed them. She trusted you, and you sent them to their deaths!” The chief of security advanced on the sniffling ensign, who backed away from her console.

Jeb stepped quickly into the space between them. “Lieutenant, stand down.”

He stared down the wild-eyed young man. For a minute, he thought Enigo would hit him. Instead, Enigo let out a howl of frustration, spun, and slammed his fist against the nearest wall. He leaned against his forearm. His breathing came fast and heavy and he swore bloody revenge.

But against the Cybers, not his crewmates. Taking that as a win, Jeb turned back to his grieving ensign, who was leaned against a side console, sobbing. A Janbot 3000 had taken station beside her ankles, threatening the room with the laser it used for vaporizing small messes and discouraging the katt.

“It’s all right now, Janbot,” Jeb said, and after a pause in which it weighed his authority over its desire to protect Ellie, it lowered its weapon. He set his hands on Ellie’s shoulders. Vaguely, he heard Deary say systems were returning to normal, but they were locking down the teleporters until they could do a full diagnostic. He ignored it, along with the ashen tones of his chief engineer. Deary had seen death like this before, and he’d help their teleporter chief. Right now, he needed to concentrate on the officers before him.

She swallowed hard and forced herself to look up. “Sir, I’m sorry. I tried. I…”

“I know. You made the best recommendation possible. It was my call, do you understand? My call. Now, the ship is out of immediate danger, but there’s still a lot that can go wrong and kill a lot of other people. I need you on the bridge. Can you do that?”

She squeezed her eyes shut, took a deep breath, and released it. “Yes, sir. Of course, sir.”

Janbot tugged her leg and passed her a tissue. She gave a sad giggle of surprise and took it.

He supported her elbow to the door, the little robot trundling beside her in an odd show of faithfulness. At the threshold, however, Ellie straightened her back and squared her shoulders. She spoke with forced professionalism. “Sir? I should do a scan of this section before we let the crew back in. To check for photonic stability. I can do it from here more quickly.”

The robot trilled an affirmative.

He turned his attention to his lieutenant. Enigo was still leaned against the wall, but now, he seemed to be relying on it for support. His breathing had grown ragged and his swearing had taken on a new tone.

His fist was a bloody mess, and Jeb thought he saw a knucklebone sticking out.

“Lieutenant, I think you broke your hand.”

“Let’s get you to Sickbay.”

“I’m sure the nurse practitioner can handle it, and if not, there’s the emergency photonic medical technician.” Jeb eased him off the wall and helped him out the door. “It’ll be all right. You’ll heal,” he said, though he knew it wouldn’t be true for either of them, not for a long time.

As they passed by the teleporter room, they heard Dolfrick chanting the funeral dirge of the Telegoths, Commander Deary singing in accompaniment in an emotion-laden brogue.