A La Mode, a DragonEye story 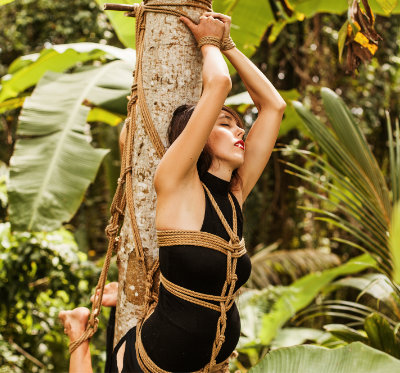 Hi, all, I hope you enjoyed the latest episode of Space Traipse. I had a blast with it and with the next one coming up. Yes, there is a next one. However, I also have a cranky dragon whose novel recently came out who is wanting some air time. To that end, I offer you one of Vern’s short cases, A La Mode. I’ll be popping some of his stories in now and again. If you like them, please let me know in the comments. Oh, yes, and buy his book, Murder Most Picante, on Amazon.

He sat in my cheap office chair and stared at me while attempting to look like he was not staring. Trying to get his head around actually seeing a live dragon, no doubt. I get a lot of that. What I don’t get a lot of is clientele. People want to believe in dragons – in dragon detectives, not so much.

I didn’t have to stare back. I got the gist of him almost from the moment he walked into the warehouse I call home: common enough face and build as to be unmemorable, cautious by nature, nervous but determined to do a job. Lots of professional ethics, but not a lot of morals.

A high-class thug hired by a higher-class human to do their dirty work.

And he wanted to sub-contract. Joy.

Maybe I should have thrown him out, but last week, I’d had to resort to eating rats and gophers again, and at some point, the electric company would overcome its fear of an angry dragon without heat or computer entertainment and would try to cut off my power. I needed a job – bad.

He pushed a manila envelope across the desk I’d set up because the barrier made humans feel better. Then he glanced at my claws, took it back and pulled out the photo it contained.

I regarded the chocolate-haired woman wearing what looked like stylishly draped napkins on gold chains. Her overlarge, strawberry lips were quirked in a Kardashian smile. With the tilt of her body, the stiletto-heeled sandals, and the funky cross-legged gait, I figured she needed wires to keep her upright and balanced.

Funny how he introduced her and not himself.

“She’s the favorite to win UltraModel this season,” he said. “Two million dollars, four year contract with Mode Models, New York, personal trainer and dietician. There are those among her competition that don’t want her to win.”

“That would be the definition of ‘competition.'”

Professional pride kept his face neutral. “My clients want to make sure she’s out of the picture. Permanently.”

I let silence be my question and continued to look at the photo. That cocoa-butter tan came from a bed.

“Except by her plastic surgeon. Those proportions don’t come naturally to humans. Trust me; I’ve seen a lot of humans over the millennia.”

“The terms of the modeling competition forbid artificial enhancements. Everything there is 100-percent human flesh.”

“Free range?” I quipped, but I knew the answer to that. Gold’s Gym, more likely.

He straightened in the seat. Dragon or not, he was getting tired of my banter. “Will you take care of this for my clients?”

“Look, we all know about dragons…”

“You do this, the evidence is digested.”

I could not believe he just said that with a straight face. “Except for the fact of a dragon swooping in and carrying off an innocent – and popular – victim.”

“- and fifty thousand dollars in gold and jewels.”

I paused, my mind doing quick calculations based on the current market values. Electric bill aside, it wasn’t enough to really roll in. I was about to demand double when my traitorous stomach accepted the deal with a gurgle. I sighed.

“Fine, but if we do this, we do it right. There are some…rituals. If I’m going to dine, I like a certain atmosphere.”

A week later, I landed in the secluded clearing in the mountains near Los Lagos. I looked about with satisfaction. Quiet meadow surrounded by evergreens and aspen just starting to turn, a quickly rushing stream full from an earlier snow melted by the Indian summer, a light breeze carrying the crisp scent of autumn.

The napkin-draped, stiletto-heeled virgin tied to a tree screaming through the duck tape on her mouth.

I gave my client a nod and circled the victim. “Snagged her easily enough?”

He shrugged. “We had to drug her for the flight, but that should have worn off an hour ago. She was relatively calm until you landed. Used hemp rope like you specified.”

“Good. I like to floss.” I sniffed at her. She stared at me with huge, terrified, sapphire eyes. I licked the tears off her cheek. “She’s a virgin all right. Now, about the payment – unless you want to join me for dinner first?”

Finally, the thug showed some emotion. Turning slightly green, he set the briefcase he was carrying on the ground and opened it. There was a very nice selection of gold bricks, diamonds, rubies, obsidian, and black spinel. How nice that his employers thought to match my hide.

“I don’t ask my clients where they get their funding.”

“Fair enough.” I sat on my haunches and grinned.

At my spoken code, the clearing erupted with a half-dozen sheriff deputies and an FBI agent. The man stared wildly around him, took in the pointed guns and my pointed teeth, and held up his hands.

A couple of deputies cuffed him, while another hastened to free Dijonne. She collapsed into the officer’s arms, crying.

Bert, the sheriff and a good friend, came up to thank me with a nervous FBI agent in tow.

“There’s no reward,” Bert apologized. “No one had even noticed she was missing until we sent out an inquiry.”

“Story of my life,” I grumbled.

“I don’t get it,” the agent said. “This could have been the perfect crime. You could have gotten away with the jewels and the…er…meal. Why did you call us in?”

Bert started to make an angry retort, but I placed my tail on his shoulder to stop him. I’d been waiting all week for this question.

← Previous: Best laid plans...or what I did on my Christmas vacation Next: BookTour & Giveaway: CRACKED: An Anthology of Eggsellent Chicken Stories →