ST:HMB Phantom of the Cybersphere, Part 3

Union Lieutenant Donna Perez and her team have set up my ready room with one of their anti-song fields. It’s a great relief not to sing my Captain’s Logs any longer. I’ve also made it available to any crewman who has simply had enough with the music in them and needed a quiet respite for a real conversation. Unfortunately, the fields are only a temporary solution. Perez’s team is tackling the problem from two angles. While she is doing research among the crew with the assistance of Lieutenant LaFuentes, Ensign Doall and Lieutenant Raoul Lumier are tackling the software angle.

The mess hall was crowded and noisier than usual, but there was a rhythmic quality to it as if a song were winding its way among the diners, looking for the perfect opening to start a musical flash mob. It would not be the first time. Ellie and Raoul sat at a table near an exit. They’d started out with four of the other programmers on Raoul’s team, but as soon as Perez had come in with Enigo, they’d left and flocked to her side. Now, they and several of the off-duty security people – Ellie’s friends – were crowded together at a large table trading good-natured jabs about the merits of their own fleet.

Why was Enigo on this team? Programming was never her strong suit, yet Perez seemed to think her cousin had better insight than she did. Really, she just seemed to be having fun with Enigo more than anything and leaving it to Ellie and Raoul to solve this problem.

Raoul was studying his tablet. Lines of code Ellie didn’t understand scrolled at a rate she could not keep up with. What was she doing being liaison officer to them, anyway? She’d already tried on her own and with the Impulsive software engineers to solve the problem themselves. They’d failed. She’d failed. Was that why? Was this Perez’s way of rubbing her face in her inadequacies?

She’d be angry about it, too, except that this was the first time she’d seen Enigo smile since Loreli died.

Maybe that’s why she’s really here, Ellie thought as she watched Perez pretend to slap her cousin over some joke he’d made. Ellie glanced sideways at Raoul. If only someone would notice how much I needed cheering up, too.

Suddenly there was a loud, “Whoa!” and a rhythmic clapping. 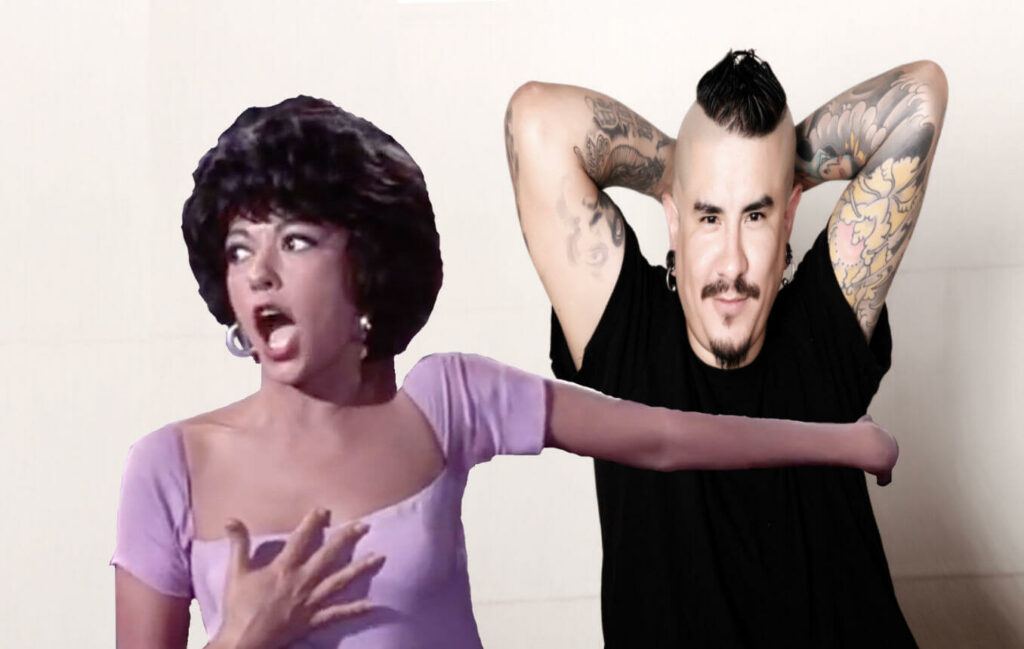 Donna stood and wagged her finger at Enigo. Her team moved to her side, and leaned on each other’s shoulders, while the security team and a few other crewmen posed on chairs and tables.

Tune of West Side Story, “America”

ENIGO
If you follow rules in the Union Fleet

I much prefer to be in HuFleet
Here I am Chief of Security!
Where would I be in the Union Fleet?

DONNA
Stuck in the brig in the Union Fleet.

As the taunts dissolved into musical notes, Ellie sighed. They did look like they were having fun, at least.

I’m on duty. I’m not supposed to be having fun. I need to be finding a way to save the ship. She turned her chair slightly, pushed aside her plate, and concentrated on the brain scans Doctor Sorcha had given them. Raoul gave her a disinterested glance. How was he ignoring all this? Especially now that Enigo had leaped unto a table.

DONNA
Yet you called us when you hit the wall.

Raoul looked up. “You want to get out of here?”

Ellie glanced back. It looked like things were heading to a dance-off. “Let’s.”

They gathered their things just as the security team had started to stomp and spin.

As they left, Raoul said, “Tell me about this program Filedise made for the Cybers.”

“Kuricrearrogance? You read the mission logs, but okay.” As they walked down the hall, she gave him a brief summary of the galactic product company being hired by the Cybers to codify the key to humanity, which they called “kuricrearrogance”: the combination of creativity, curiosity, and arrogance that enabled humans to try just about anything once.

When they entered the lazivator, she noticed him staring at her oddly. “What?”

“You didn’t sing any of that.”

She shrugged. “I guess I’m too distracted.”

For a wild moment, she imagined them in the lazivator aboard the Mary Sue after Perez had said something to make her feel small and inadequate. Raoul would hold her hand and remind her how smart she was – and beautiful, too. They’d almost kiss, but the doors would open, and they’d break apart quickly as an unsuspecting crewman would come in. They’d shrug and giggle silently behind the crewman’s back…

Why didn’t I ever stop the lazivator and jump his bones? Why don’t I do that now?

Because Loreli’s dead, the ship is incapacitated, and I’m the Ops Officer, she answered herself. Maybe later, there will be time to gaze into soulful brown eyes.

“Ellie? Can you show me the ship?”

He held out his hand, and she took it. The doors opened and they stepped out, just as she started to sing: I can show you the ship…

Anyone who follows this series knows that I’m a much better humorist than I am a Photoshop artist. Please know this image is presented with the best of intentions if not the best of skill.