The Union is in chaos.

The mysterious virus that has affected replicator files has caused panic across all sectors. As new files have been put into use, they have infected the replicators themselves, which in turn have corrupted old files. Most of the mutations have been of the practical joke variety, but that’s no consolation when the equipment is mission essential. People are being killed. Entire economies are breaking down. And no one is able to contact Filedise for assistance.

A pretty but obviously artificial face floated above the briefing room table and smiled vapidly at the grim bridge crew of the Impulsive.

“Thank you for contacting Filedise, the planet that supplies the galaxy,” it said in a melodious, femalish voice. Your satisfaction is important to us. We currently experiencing worldwide technical difficulties and are working twenty-eight-nine to resolve the issues. In the meantime, please —”

At that moment, the image was replaced by a wide-eyed young woman, her hair in disarray, her face sweaty, her makeup smeared. She cried out, “For the love of commerce! Do not download any files! Do not share files. There is no Nigerian Princess! It’s a trap! It’s a trap!”

The message froze on her desperate, despairing face.

Ensign Ellie Doall, Operations Officer for the Impulsive, turned off the recording. “That’s the last update from the planet. Since then, this message has been running on a loop on all channels – even text-based communications simply repeat it, interruption and all.”

She turned her attention to the captain, and everyone with her.

If this were video, we’d just pan the table and you could see who is in the room and then consult IMBD if you had questions about who these people are. Alas, I don’t have that kind of budget, so let’s review, shall we?

“Nigerian princess?” asked Loreli, the Ship’s Sexy and Xenologist. She had been one of the first victims of the virus on the Impulsive when the replicator introduced food coloring into her daily nutrients. As a plant-based life form, this had turned her a lovely shade of pink, but she was glad to be returning at last to her usual green. Choosing the right outfit to go with the new skin tone had been a challenge, especially since she could not trust the replicators to create a new one. Her one attempt had resulted in a T-shirt and Yoga pants with the work PINK emblazoned across the chest and buttocks. She’d thrown it out but shown it to Ellie first. The fact that the virus would find a way to carry on its joke by bragging had been their first clue that it had intelligence.

Lieutenant Enigo LaFuentes, Chief of Security and her secret lover answered, “It’s a scammer posing as some kind of Earth royalty and asking people to help her secure her cache of uncorrupted files in return for download rights. Soon as you give ‘her’ your access information, they swipe your information, and you’re stuck with corrupted files.”

He rubbed his face, not from nervousness, but to brush off the phantom memory of the Turkracken that had recently come to life and attached itself to his mouth in the most disgusting French kiss of his life. The thought that someone else might undergo such violation as a result of the replicator virus made him all the more determined to find out who had done this and make them pay.

Commander Angus Deary, Chief Engineer looked at the frozen recording, his brows furrowed. Why shall become clear soon, but if he were an actor, he’d be happy that he’s getting to play a bigger part in the story this time.

Lieutenant Antonio Cruz looked a lot less pensive. His job was to fly the ship and the more dangerous the situation, the more exciting the flying, so he was up for anything. Besides, if his nona ever heard of him falling for the Nigerian Princess scheme, she’d have slapped him silly. He knew better.

Commander Benedict Smythe, First Officer was, to be honest, only half paying attention to the briefing. He knew what was going to be said and was really only there out of convention and to give the second-string bridge crew some time on their own. The ship was sitting still, keeping watch over the Inconceivable and the Rational Plausibility as they monitored the results of the failed-but-interesting experiment that had nearly killed them all. It was a good opportunity to give them experience, but he still had the bridge systems on his tablet, just in case he needed to intervene.

Finally, Doctor Guy Pasteur was there. Not because there was anything necessarily medical, but simply because he needs some airtime before he… 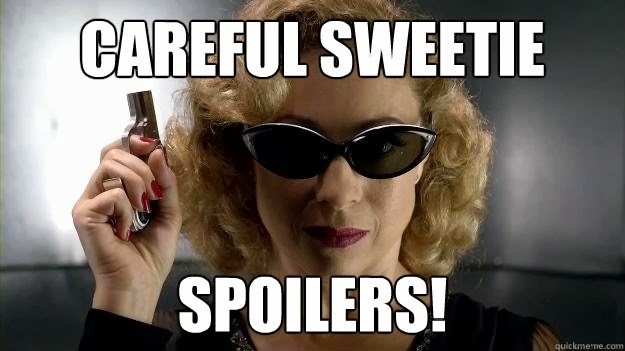 Captain Jeb Tiberius sat at the head of the table in the briefing room and regarded his team. “Union and Hufleet assets are spread thin. World and national governments are taking advantage of the crisis to turn on neighbors. More technological societies are trying to conquer more primitive cultures for their supplies. There’s rioting in the streets. And no one is able to contact Filedise – not even on personal communications. The planet, its moon, and its satellites are all isolated.”

“That’s not so unusual,” Doall said. “The system sits inside a wrinkle in spacetime. That’s why Filedise purchased it after the Bellerophon Hostile Takeover Attempt. The inhabitants have set up a paradise there, by all reports, but they are notoriously isolationistic. Everyone on the planet is an employee, and anyone hired from the outside must commit not only to their lifetimes but to the lifetimes of subsequent generations. No one can enter the system without express permission and direction from Filedise Corporate and only a handful of descendants ever leave – with permission or otherwise.”

“Fortunately,” Jeb concluded, “We have two.”

He nodded toward Commander Deary and Doctor Pasteur.

So we begin another adventure for the Impulsive. I’m on a new adventure as well. In June, my elderly parents moved to Florida, just a few minutes’ drive from me. It’s a big adjustment, especially for Mom. Plus, I got laid off from my job at Naviga – the latest victim of reorganizations that seem to happen whenever they acquire a new company. I’d just written a blog called, “Venture Forward…Together.” I love irony.

Anyway, I am job hunting again. If anyone knows of a company looking for a content or marketing writer, let me know. I’m also up for unusual jobs, even entry-level. After all, aren’t writers supposed to have a long list of odd jobs?