In which the experiment goes horribly wrong in the name of science. 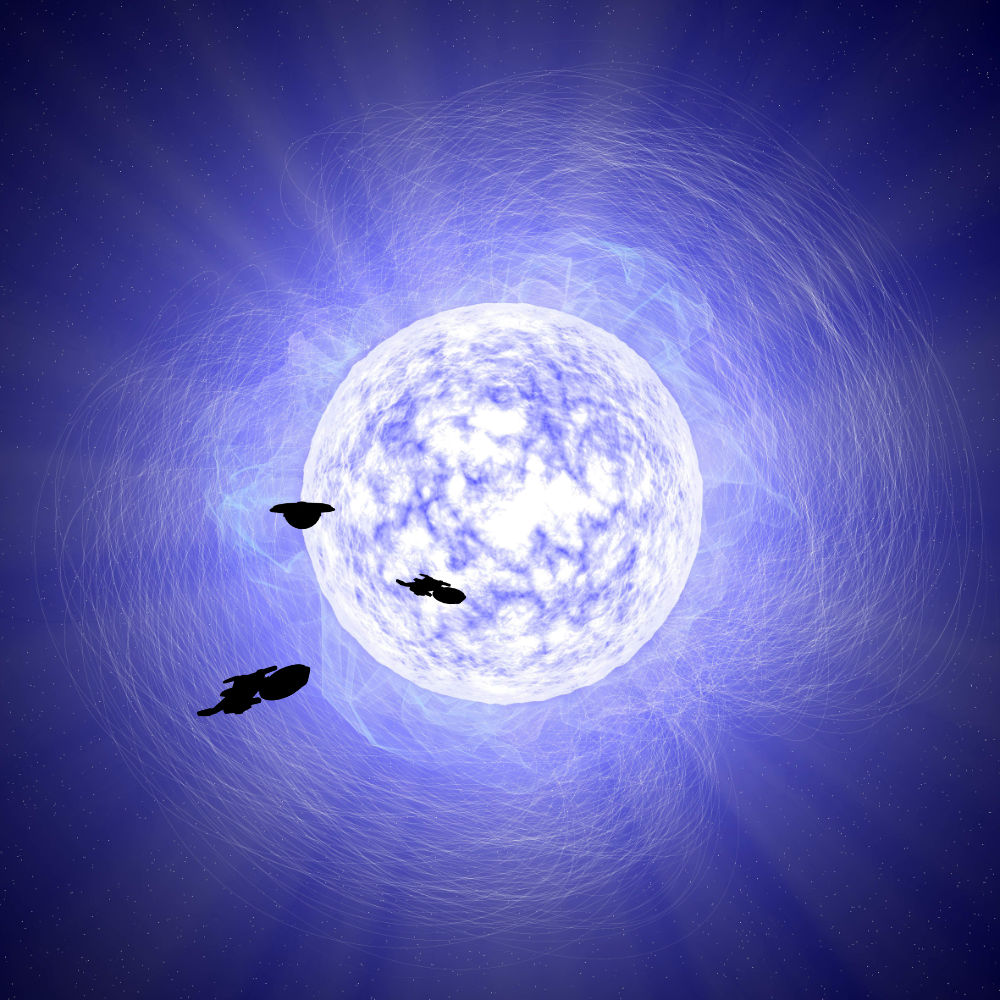 Lieutenant LaFuentes’ instincts were right on target as usual. As it turned out, HuFleet had been receiving complaints about unusual replicator failures. Almost all of them ran along the same lines as those affecting our ships, which had caused delays in reporting as, like us, most commanders thought them harmless pranks. Packing materials where the pillows were filled with helium instead of air, weight sets made of negative mass… It wasn’t limited to ships, either. A dessert machine on the recreational station, Hava Blast, produced enough crème brule to fill a room neck high. Vacationers thought it was an activity and dived in, literally as well as figuratively. They agreed it was the best dessert presentation ever until the machine produced a match.

Ensigns Sisco and Rurr and their teams, along with HuFleet Central, believe the problem to be with a corrupted replicator file that then, in turn, spread to corrupt existing files. Knowing this, they are now working to identify and weed out the corrupted code. They’ve also contacted Planet Amazon. The entire planet is devoted to a single purpose – designing, patenting and selling replicator designs for most of the known universe. The longest-operating business in human history, it prides itself on customer service; I’m sure they’ll have a crack team rooting out the source on their end as well.

In the meantime, everything else is proceeding according to schedule, and the Inconceivable is about to launch its experiment. Commander Deary is back on the Impulsive and monitoring the experiment and his NO-BRAINR from the bridge engineering console while Doall monitors the star itself from Ops.

Incidentally, Doall left the concert early in the company of the Logic scientist Fle’ek. I might have suspected an interspecies liaison, except that all the Logics in attendance left halfway through the first song. Later, I found Doall in one of the briefing rooms with three of them, scowling over equations while they explained with their famous patience.

Jeb ended his log, and stepped out of the briefing room onto the bridge. As usual, Doall called out his presence, though she stifled a yawn to do so.

“Late night cramming session?” he asked as he took his seat.

“And I still only understand half the math, sir,” she lamented. She reached under her console for a lidded mug and took a sip from it.

“Well, fortunately, there’s an entire ship of mad geniuses who can handle that this time. Cruz, are we in position?”

Deary replied, “Engines are optimal and NO-BRAINR is ready to engage.”

Jeb went through the rest of the stations, each confirming their readiness to witness and monitor a history-making event, pull the Inconceivable from the edge of a newly made black hole or do battle with their evil doppelgangers, whichever result actually manifested.

“All right then, Mr. Smythe, put us on Yellow Alert. Impulsive to Inconceivable and Rational Plausibility. Vizzini, we are ready when you are.”

On the viewscreen, the view split into three windows. One showed the bridge of the Logic’s ship: clean, efficient, quiet. Their captain gave a single nod of acknowledgement. A second screen showed the star itself, innocently shining along, minding its own business, unaware of the violence about to be done to it in the name of science.

The third showed the bridge of the Inconceivable at a wide angle, displaying all its personnel, from the helmsman nervously poised to warp the ship out of danger to the third-redundant sensors tech playing Galaga.

Vizzini signed a pad and handed it to the waiting yeoman, then clapped his hands together with glee. “Excellent, Tiberius! The warp core should reach overload in about 15 seconds. We’re ready to ‘port it into the heart of the star in five…four…three…two…now!”

Of course, the teleporter was in a cargo-bay-sized lab on the other end of the ship, but they thoughtfully relayed the teleporter whine so everyone could feel the same excitement – and relief – that the lab team felt when they sent the ready-to-catastrophically-explode device off their nice safe ship and far away into the heart of a dying W-class star. The chief scientist reported the warp core’s reintegration within the star, with its force field intact but being eaten away by the star’s incredible energies. He rattled off some other technobabble that sounds terribly impressive on television but really just means {scifiscience, blah-blah, something big and explody is going to happen, blah-blah}. He ended his explanation just in time for the explosion.

At that cue, the viewscreen changed to the star itself. Nothing was seen of the warp core, but the entire star bulged, then returned to its usual size, as if containing the urge to belch.

“We’re getting telemetry,” the voice of the scientist said as the star slowly started to change. Below it, a ticker tape started to scroll numbers and reports from other science stations on the Inconceivable, interspersed with the continuing odds from the pools of both ships. Deary was adding his own commentary as pre-scheduled frequency, primarily consisting of “nominal,” “nominal.”

While the visuals weren’t especially comprehensible, the tones of the scientists’ voices grew increasingly confident. That is, until Ensign Doall said from Ops, “Captain…? I’m not sure those numbers look right.”

Before Jeb could alert Vizzini, Deary cried out, “Och, jobby!” Similar exclamations of surprise came from the Inconceivable. Then, the screens went blank.

The Impulsive went on Red Alert.