One of the fun parts of writing a blog like this is sharing my fun. Last episode, I got to talk to the maker of meat boquets. Was anyone intrigued enough to try him out? Valentine’s Day is coming! I kind of regret not asking for a sample, but I only needed the image. I hope he’s a fan now. How many people can say their jerky boquets are the object of choice for robots wanting to romance sapient plants?

Today, I’d like to introduce you to David C. Mueller, an artist who specializes in spaceships. He kindly let me use the images of his Odyssey to pose as the Lone Star. Check out his other work at https://dcmstarshipsblog.wordpress.com/. 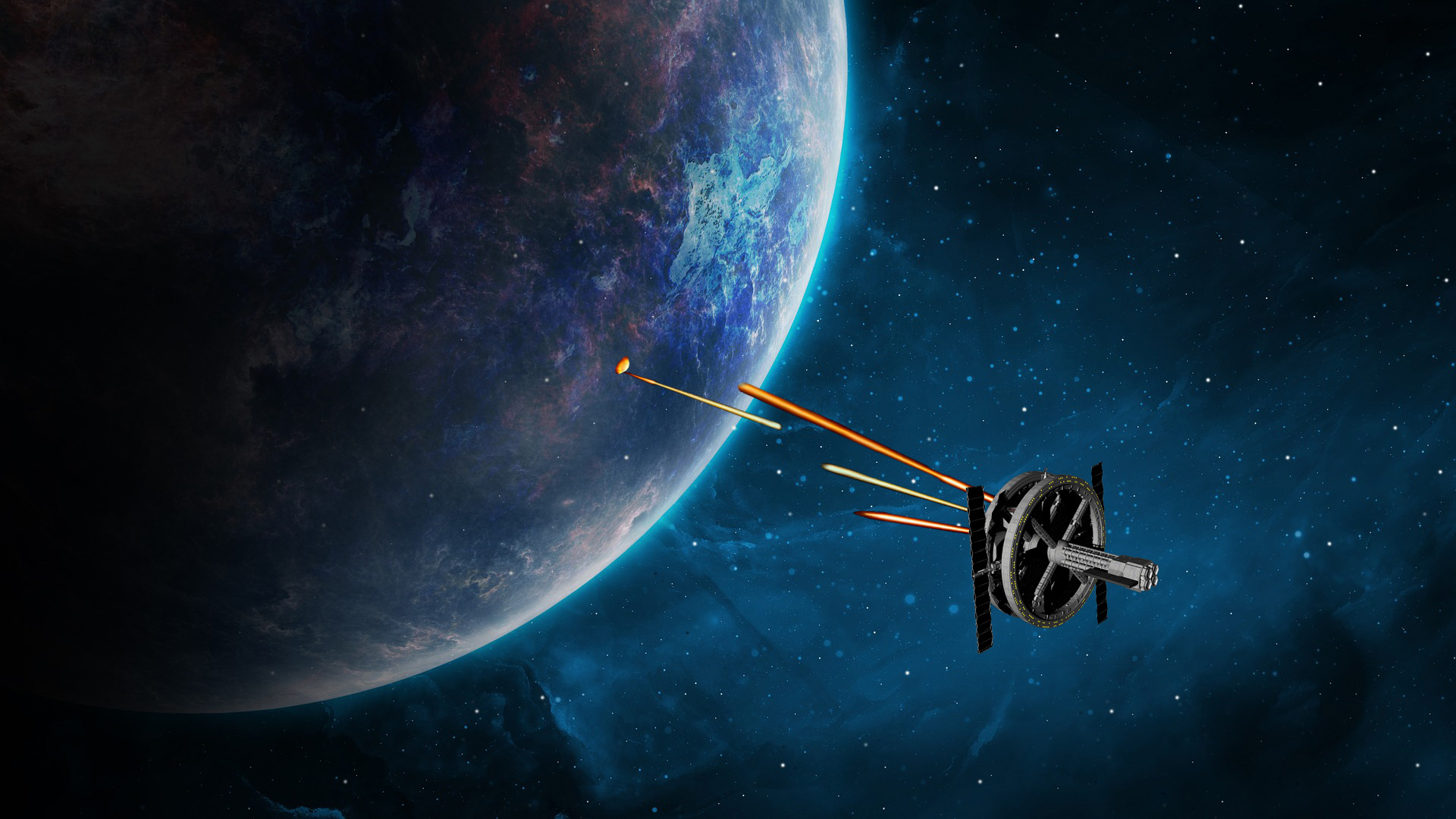 “Weapon fire? Oh, hell, no! No one shoots at my kin just when I’ve found them. Cruz, can you take us through that hole?”

“It’s not much bigger than the ship,” Cruz complained. “It’ll be like threading a needle. But fortunately, my nonna was half blind. I’m-a good at needles.”

“Remind me to thank your nonna. Smythe, put the ship on Yellow Alert until we’re near the fighting, then switch us to red. LaFuentes, weapons hot, wait for my command, but then have at it. Doall—”

“I have the common frequencies used by Earth genships, and I’ll start broadcasting as soon as we’re in range,” she concluded.

“Just tell me when we are. The first ‘hello,’ ought to be family. Ready, Cruz? Beer me.”

Over the ship’s comms, Smythe called for Yellow Alert. With ease of hundreds of drills and way-too-many real life incidents, the crew sprang into action. The Impulsive’s wikadas shields went up, angled close to the form of the ship and strongest where it might brush against the edge of the anomaly. Shift crew on breaks secured whatever they were doing and hurried back to stations, while those already there prepared for battle or other turbulence by securing loose objects and taking the future’s equivalent of Dramamine if they were faint of stomach. Second shift prepared themselves, in case they needed to replace a fallen comrade, while third shift mostly put on sleep masks and engaged secure covers mode. Somebody had to be well rested to clean up the aftermath or come to the rescue.

Once all sections reported ready, Cruz guided the Impulsive through the anomaly. In a TV show, there would be a three-minute stretch of long-view scenes interspersed with close-ups of worried crew members, but we all know Cruz got them through. However, if you want mood music, I suggest Feral Chase by Kevin McLoed. Listen and rub your face, Kirk style. Here’s a photo for inspiration: 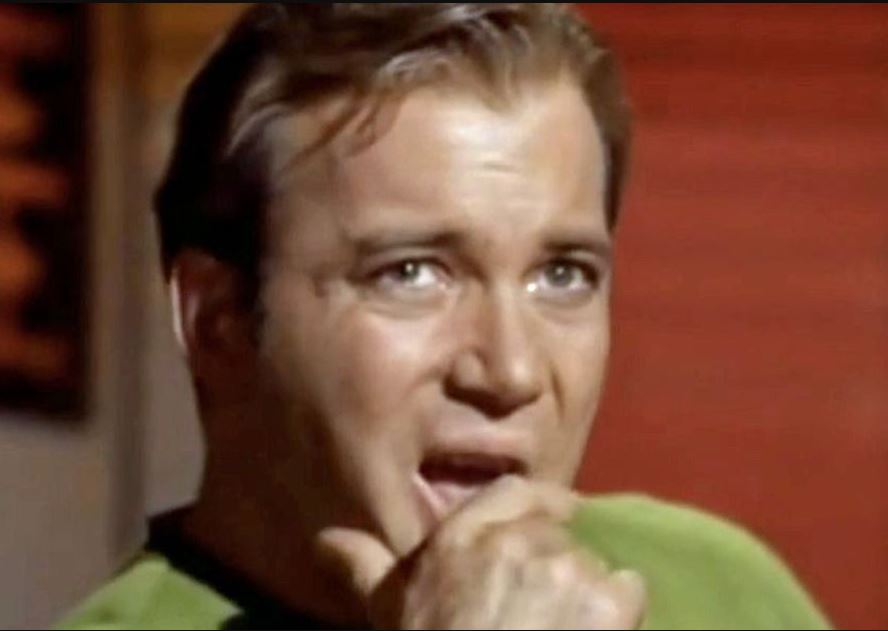 Okay? Ready to move on?

“Didn’t even scratch the paint,” Cruz said proudly as they passed through. He engaged the hyperdrive to maximum. After a few empty minutes of people triple checking their stations and wondering if they were going to see action or if they gave up their shot at the high score of Broxie for nothing, they entered the system.

The Lone Star was a Class C Deep Space Generation Colonization ship. A mile and a half long in the center, with the bridge on one end, thrusters on the other and engineering through the core, its thick corridor spokes spanned out half a mile out to link it to  the dual habitation circles. Each a mile in diameter at the outside, the circles rotated at 212 feet/second, generating a full Earth G of gravity. Take away the solar panels and it looked like a weird kids science toy that seemed cool on the commercials but only kept your child’s interest for all of ten minutes before being tossed aside for yet another first-person shooter game (not that I have any experience in that matter. *whitsles*)

More importantly, it was indeed firing upon the surface, and someone on the planet was firing back. Doall reported that the settlement under attack looked industrial in purpose, but heavily fortified and protected by shields similar to the ones protecting the Lone Star. There were similar shield bubbles around other small areas fanning out from the settlement. Outside the shields, she detected life signs – human and humanoid.

“If those are the best weapons they got, we’re not in any danger,” LaFuentes announced. “Want me to prep a peacekeeping team to teleport over?”

“Thank you, Lieutenant, but let’s get our facts straight before we send anyone.”

Doall announced they were in communications range and were being warned off by both sides.

Jeb straightened in his seat. “Ensign, open a channel to both sides – visuals, if they can receive them.  Lone Star, unidentified colony, this is Captain Jebediah Seip Tiberius of the HMB Impulsive. We don’t mean to pry, but we’d sure like to visit and if we can help…”

The Impulsive’s screen opened a second window (computer, not literal, which would be idiotically fatal), and a man in a blue uniform with archaic military rank on it appeared. The background showed him to be in command of the Lone Star. “What trickery is this? You sure as hell don’t look Paleo. How did they contact you?”

A woman who had been seated pensively in the back, suddenly leaped up and shoved the man out of the way. “Billy, don’t be rude. Are you really a Seip-Tiberius? The Tiberiuses were ranchers.”

“Still are, ma’am. You’re talking to a genuine space cowboy. Who might this be?”

The woman laughed. “Well, you have the Seip humor and humility, to be sure. So you’re really from Earth? Oh, bless your timing! This is Donna Bel, former first officer of the Lone Star, now retired. Please help us – help me! That’s our colony down there we’re shooting the snot out of, and they’ve already damaged several of our systems…”

“The captain – my Bobby – is down there, supposedly to discuss a truce with his brother, J.R., but now they’re fighting and no one is listening to reason. People are taking sides. The habitat levels are on lockdown… It’s all-out war. Why is that man behind you rolling his eyes?”

Everyone on the bridge turned to look at Lt. LaFuentes, who chose the better part of valor and turned his focus to his console and bit down on his mouth to avoid saying, “Told you so.”

My husband’s grandmother is a Seip. I only met her a time or two, but I loved her to pieces, She had Southern spunk. I could see her family selling thier oil and going into space, if only they’d had oil. But one son did become an astronaut (John Fabian) and her grandson is going to make history in the rocket industry (Rob Fabian – my husband) with a new cheap, safe propulsion system.

Please participate in more ST:HMB fun; join the Facebook Page. And be sure to sign up for the RSS feed to get notices when the next segment goes live.