Missed an installment? Find the links here. Otherwise, enjoy, and do not question why this meeting is only between Loreli, Enigo, and the Captain. 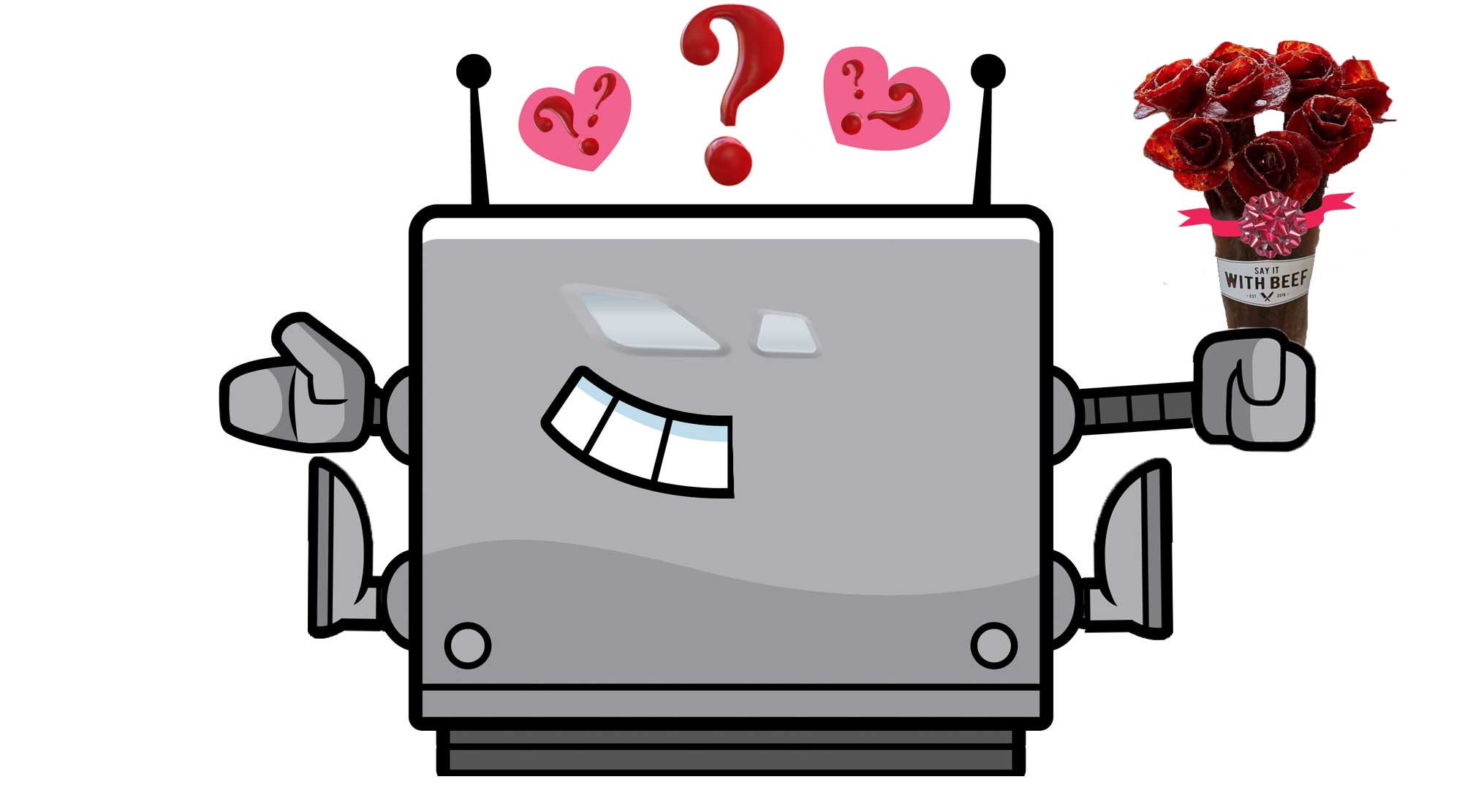 Lieutenant LaFuentes stood in front of the doorway of the briefing room that was on janbot’s schedule and checked that his shirt was tucked tight, his phaser in place on his belt and his gun holster straight along his leg. Then he ran his tongue over his teeth and wiped his face around the mouth, to clear any food fragments from lunch or spittle from his briefing. Janbot had seen this behavior before. That meant Lieutenant Loreli or the Captain was in the briefing room.

Then LaFuentes took a deep breath and let it out. Oh. That meant Loreli.

When the doors opened and LaFuentes stepped through, janbot scurried in unnoticed.

As it turned out, both Loreli and the captain were seated at the conference table.

“Yes, sir. Only had to shoot one of them. That newb, Jenkins. The rest of them are going to regret having a party last night, though.” He grinned a wicked grin.

They all chuckled. Janbot detected weariness in Loreli’s laughter, however. It knew she was recovering from a serious trauma on a planet. It hadn’t been part of the transporter room cleanup that day, but all janbots got mission updates with details that might concern their cleaning schedule. This one had warned for all to be on the lookout for any stray alien spores or dirt that might belong to the Planet Keepoff. These were to be preserved and collected so they could be relayed back to the planet via courier with apologies from the Union. So far nothing had been found.

Loreli was still in a pot of medicated nutritional soil, which sat on a cart so she could move about at will. All the janbots had been warned to be extra diligent for spilled dirt, but of course, the Botanical was fastidious in her appearance. A special bot had been programmed just to make sure the pot stayed polished. It was a lovely pot, blue to match her uniform and bearing etched designs similar to those found along the walls of HuFleet Central Command.

Janbot was sorry to hear Loreli sound weak still, but glad she was recovering. She was another of its favorites. It never brought her flowers, however. It understood that giving a Botanical a bouquet of cut plants would be the equivalent of presenting a human with a decorative arrangement of meat. This only worked when the meat was jerky. Or bacon.

Were dandelions the Botanical equivalent of bacon? It sent a query to the ship’s computer and was chided to concentrate on its job.

“I’m much better, thanks to your brilliant plan and Gel’s unique talents.”

“Just doing our job. Can’t have Doall do all the thinking all the time.”

The captain raised his eyebrows and the lieutenant blushed and cleared his throat. Loreli waited for the joke to be explained but neither man said anything. (Janbot, of course, had heard Doall telling her friend how LaFuentes had yelled at her precisely for not thinking of a brilliant plan. The Captain had expelled him from the planning session and sent him to the gym to work off steam.)

“Should you be up and working?” LaFuentes asked by way of deflection. “It’s only been a couple of days.”

“I’m fine, Enigo. Thank you for your concern, but you know my work both relaxes and fascinates me, and I can use the distraction. Besides, there were some interesting insights into our understanding of the Cyber culture that came up during the Xeonology conference I wanted to share with you.”

She paused there and activated a security field. The field kept any potential surveillance devices from seeing into the room or recording the information. It also trapped the inhabitants within until the field was shut down. Janbot scooted away from the field, as it would wreak havoc with its sensors.

As the little robot continued cleaning, Loreli continued. “Their encounter with us and the HMB Ritalin afterwards, when there are more convenient targets in the Union Fleet, suggests they are interested in human targets.”

“Well, can’t say I fault their taste in species, but do we have any idea why?”

“Do they see us as a threat or a target?” LaFuentes asked.

“Unknown. The Ritalin was infected with a cyber virus during the attack. It was hidden deep and only discovered because one of the AI maintenance crewman who was doing routine maintenance on the memory circuits got distracted by a glitch in the library files and pursued it to a minor documentary on the history of 24th century art. The file in question had to do with eco-sculpture. That’s creating works of art from the land itself using a combination of horticulture and landscaping, plus low-level demolitions when the size of the piece called for it. The crewman had happened upon the file, got engrossed to the point of forgetting the rest of the maintenance scheduled for that shift, but just as his supervisor was going to get him back on track, they noticed a bookmark.”

“So, this particular file had not been watched by anyone in its entire existence on the Ritalin, but during their battle with the Cybers, it recorded being accessed 144,372 times.”

“So, what’s the bookmarked section?”

Loreli pulled it up on the computer. A 2-dimensional image of a human in a white denim tube top splattered by paint, dirt, chlorophyll and what looked like blood, hopefully from an injury. With a long, curved face and flowing hair and a shape that may or may not be male or female but resembled the body trend called quasisexual, whose origins are lost in history except for some 2-dimensional images of some very sad, still potentially male, haute couture models. The caption below identified the speaker as Che÷.

Che÷ spoke conversationally but passionately to the viewer (but really, the camera or the guy standing behind the camera waving, “go on.”) “See the problem is eco-sculpture is scale. If you’re making a statement of magnitude, then you need a grand scale, a massive palette, to convey that, um, magnitude. But then the sheer size of the reality is too large for others to see your vision. You could view it at a distance, sure, but then the detail, the minutiae that give a message of magnitude it subtle impact, is lost. The human mind can’t at once grasp the big picture while assimilating the details.

“But we try, you see. It’s an endeavor that consumes our lives as eco-artists. Each artist has his own unique philosophy for embracing the philosophical and practical conundrum of our chosen medium. Me, I believe where one cannot visualize and grok at a glance, one must experience. All my eco art is interactive. My latest project, ‘Naïve Optimist in the Caves of Cruel Irony’ has just, well, swallowed me.”

Loreli shut off the video.

Captain Tiberius spoke first. “Okay. Did the xenologists at the conference have any suggestions? Because I have no idea what that would mean to the Cybers.”

“This was not the only art-related file accessed by the Cyber virus. The current theory is that, as an artificial intelligence, the Cyber Swarm is endeavoring to better understand human creativity.”

LaFuentes answered first. “Because our genius isn’t from logical thinking. The best innovations come from us breaking stuff and putting it together weird, of trying to do things that don’t make sense and discovering something even better.”

The captain nodded, “And of all the sentient species in the universe, we humans are the best at it.”

“But we know they absorb biological components, too,” Loreli interjected, “So the question becomes, ‘How much of the unique character traits of a species are they really absorbing?’”

They spoke then of the Cyber’s assimilation capabilities, military motivations and how to safeguard the library on the Impulsive – not to mention Deary’s collection of industrial sculptures made from useless and damaged parts of the ships he’d served on. Janbot continued to clean quietly, even though it had already finished its list of chores for the room. It couldn’t get out, yet, so it moved to the weekly deep clean list.

And as long as it was in the neighborhood, it cleaned up around Loreli’s pot-and-carriage. In fact, it found a piece of a stray leaf, almost the equivalent of a human’s hair. Janbots had been programmed with a rudimentary sense of pride, and it preened silently to itself at having found something Loreli’s regular bot had missed.

Finally, they exhausted the topic. The captain rose. “I guess that’s enough for now…at least until we figure out how to break something and put it together weird.”

The Captain left first, and LaFuentes gallantly gestured for Loreli to precede him. As she passed, LaFuentes asked, “Hey, what happened to Che-Division?”

“Apparently, he was excavating on unstable ground. He insisted his gentle touch would protect him, but a sinkhole opened up under his feet and he disappeared into it, never to be found.”

“So…his art swallowed him up?”

“Just so. It’s considered the most successful piece of eco-art of that movement.”

LaFuentes chortled. “See? How human. Only thing better would be if his screams echoed.”

Janbot waited until the two has exited, although its internal alarm beeped with mechanical impatience. It was going to be late for its next stop.

I’m really excited about this particular installment, because it is going to play a huge role in what comes in future episodes. Just a hint, but not a spoiler: the Cybers were until a month or so ago, just a generic non-biological enemy, but my friend Kat Heckenbach happened to mention how she always wanted to be a villain in someone’s story. Let’s just say there are traits of her that have been absorbed by the Cybers. (She’s also an author. Check out her stuff here.)

Eee! It’ll be so fun. However, there are a couple of other things we need to do first…like finish this episode. Stay tuned for the conclusion next week!

BTW, there are such things as meat bouquets. Check out https://sayitwithbeef.com. Many thanks to Andrew Summers, CEO, who gave me permission to use the image of one of his products in my illustration. (They call them BROquets, which goes to show they are my kind of people.) Janbot is a romantic, but if you need something more ‘friend-zone,’ you can get beef daisies, too.”