Hope you had some fun over the weekend watching old Start Trek hostage episodes. No one on the Impulsive ever wants to be taken hostage, as little janbot finds out this week. Read on.

If you missed part one and wonder who janbot is, go here. Otherwise, enjoy this fun and motivational security briefing. 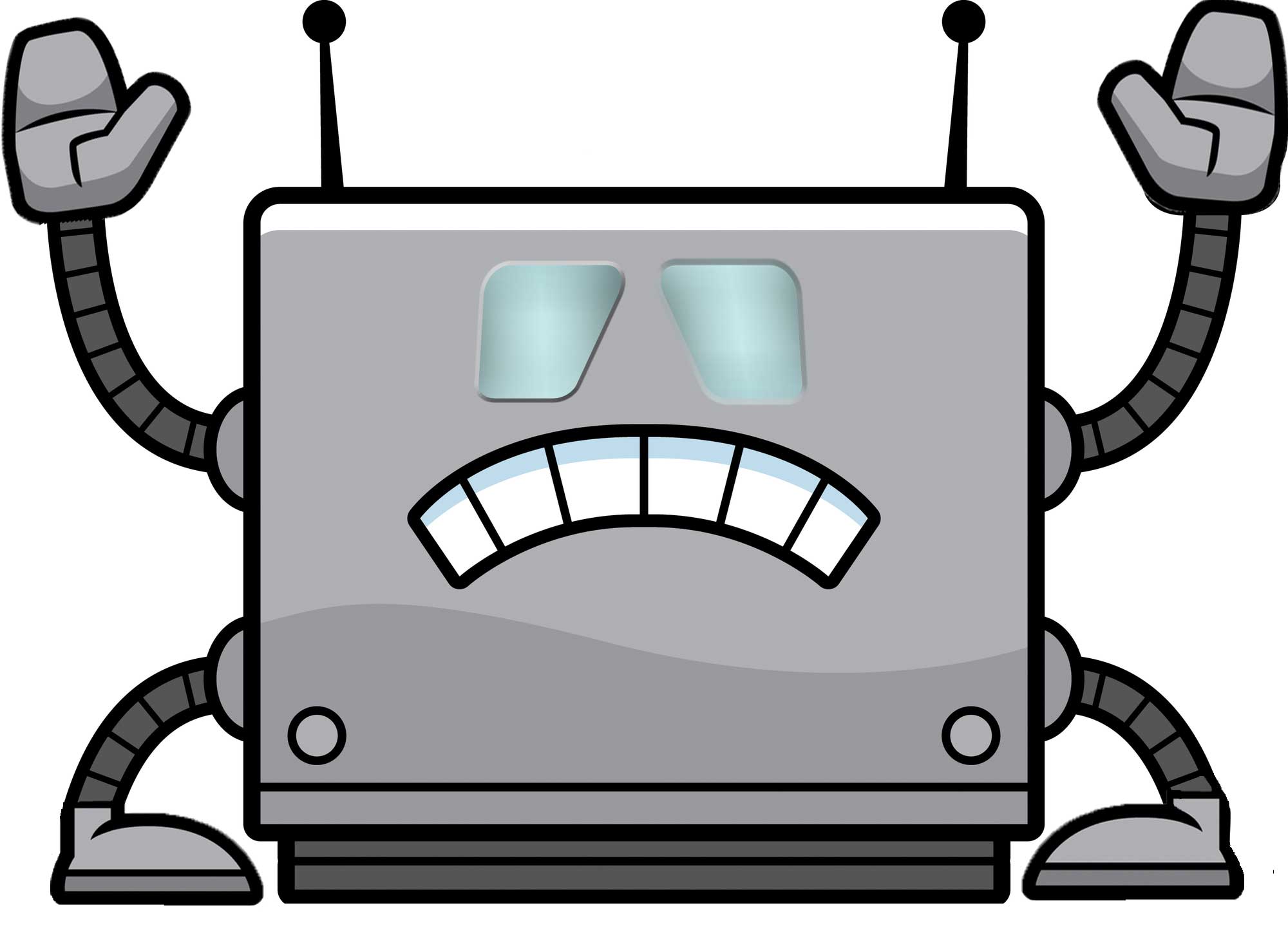 Little janbot scooted merrily around the edges of the training room, picking up the dust and hair that often gathered into the corners. “Dust bunny prevention” was one of its primary mission objectives. Meanwhile, the security team was focused on watching a recording of a mission log of Union ship in peril.

The assailant held a phaser to the man’s neck. From the insignia, the hostage was part of engineering, but not the chief. From the look of concern on the Captain’s face, however, this was obviously a person who played a recurring role in keeping the ship safe. The Captain held up his hand to security team behind him and they hesitated, but stood ready.

The assailant said, “Drop your weapons.” In lieu of an exclamation mark, he pushed the phaser deeper into his hostage’s neck.

“Do it!” the Captain said and led the way by gingerly setting his down.

“Kick them to me. Good. Now lower the shields and let my team on board.”

“We can’t do that,” the Captain said.

The assailant didn’t bother to hesitate. He simply shot one of the security team, who obviously did not have a recurring role in saving the ship.

“No!” The horrified look on the Captain’s face showed he was not expecting such drastic response.

Defeated, the Captain went to an engineering console and complied.

Security Chief Enigo LaFuentes snapped his fingers, and the replay stopped. The lights went up. He took center stage.

“It took the crew of the Valiant Intentions three days and two expendables to get out of this mess. Who’s expendable on the Impulsive?”

“Not me, sir!” the security team, shift B shouted with practiced unity and absolutely no hint that most were nursing hangovers and had half-napped during the holovid. The party to celebrate Minion Gel’s heroic rescue had been badly timed. Next time, some vowed, they’d invite the LT.

“Who on this ship is expendable?”

“Damn right! And it’s our job to never let a fracking intruder have power over us.”

LaFuentes paced the room until he came across Minion Jenkins, who watched with an expression both excited and fearful. “You, newb! What did they do wrong?”

LeRoy gulped under his commanding officer’s glare. LaFuentes eyes seemed to glow with a feral light that made LeRoy want to jump up and run into enemy fire shouting his own name. That’s what got him fired from his last job. “The…Captain should not have given up his weapon.”

“Pull out your weapon!”

Everyone obeyed. LaFuentes held his up, his finger on the control button. “What’s this setting?”

“And what do we do with stun?”

“But,” LeRoy protested, “if we shoot the hostage…”

LaFuentes shot LeRoy, who slouched in his chair. “You will attend this briefing with A shift, maybe the wiser for your headache,” he told Jenkins, although it was for the benefit of the rest of his people. “Anyone else wants to join him?”

“Hell, no, sir!” The room shouted. This was not the first time someone had been stupid during a quarterly refresher class – and no one wanted a phaser headache on top of the ones they already had.

“What do we do in a hostage situation?”

“Stun them both. A headache now saves lives later. Headaches save lives!”

“Headaches save lives, sir!” the team repeated, desperately hoping this was true and the pounding in their own heads would indeed have meaning.

“We are the security forces of the Impulsive. We do not let intruders control the situation. And if the captain says to lower your weapons?”

“Sir? What if the intruder is impervious to stun?”

LaFuentes stopped and wiped some spittle from his mouth. “Tank, grab Jenkins.”

The largest and most muscular minion on B shift rose from his chair. He took LeRoy by the scruff of his uniform and held him up. LaFuentes supported the unconscious minion while he directed Tank to grab his phaser, hold it to Jenkins’ neck and use Jenkins as a shield. When he’d done so, LaFuentes let go. Tank dipped a bit as he took on LeRoy’s dead weight.

LaFuentes pulled out his sidearm and pointed it at Tank. “Now scoot to the holovid controls.”

“Aw, sir…” He’d drunk moderately at the party and did not want to end up with a headache, anyway.

As Tank tried to drag LeRoy’s floppy and uncooperative body, LaFuentes used the tracer light to pinpoint parts of Tank’s body that the minion left exposed.

“Oh!” the security crewman who had asked said.

“If the captain says no?”

“Stun them anyway! The Captain is in charge of this ship, but we protect its people. This is our ship. Our crew. Our family! What is this ship?”

“What is this ship?”

“The ship is family!”

Everyone rose to their attention. Tank dropped Jenkins, who crumbled to the floor. “The Ship is Family!”

“What does family do?”

“Family takes care of its own!”

“And if our family is taken hostage by some benderro intruder we let slip through our security?”

Soon the members of B shift were shouting, stomping and pounding their fists in the air, except for Minion Jenkins, who would have to repeat the class, of course.

In the ensuing noise and confusion, little janbot, who had never been in a hostage situation and did not care to ever be one, especially now, scooted out the door. It would come back later to clean up the sweat and spittle that was usually left after Security’s quarterly safety briefings.

LaFuentes has the best safety briefings, don’t you agree? Join us next week to see where janbot ends up next.

As always, if you’d like reminders, sign up for the RSS feed, and hop on over to the Facebook page and let me know what you think of janbot.