Minion First Class Gel O’Tin is happy. He gets a part in this episode – and a good one, too! Let’s meet up with him and Enigo in the gym and see what’s sweating!

Need to catch up? Read part 5 here. Gets links to all the stories here. 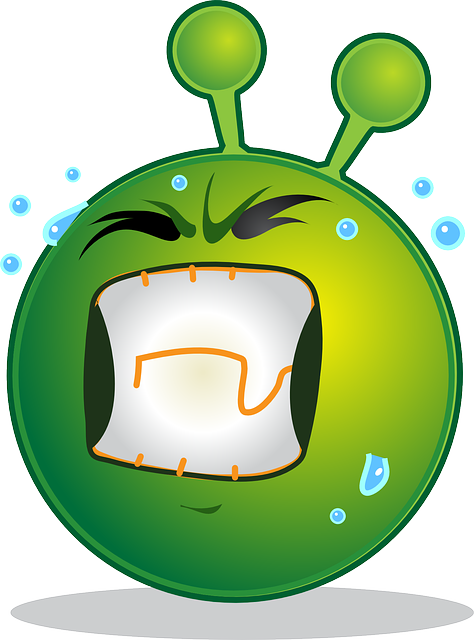 Grumbling in the mix of English, Spanish and Zepharian that was the language of the Union Genship The Hood, Enigo LaFuentes stomped his way to the gym, dressed in loose shorts and a tight muscle shirt. He inserted himself into the weights machine. The contraption proudly declared itself a “Bowflex,” but he didn’t see any bows at all. Rather a complex series of force fields allowed you to push and pull against whatever weight resistance you set and in all manner of directions. He submitted to a retinal scan and scrolled until he found his Fury Workout. The machine activated and he felt the fields envelop his body. He was lifted from the deck.

“Okay, benndero, show us what you got!” The words “Right Hook, 40 pounds, 3 sets of 15” shone before his eyes and his hands and arms grew heavy. In his ears, wild chords started playing while angry men shouted Zephspanglish about guns and lust and long walks among the daffodils in the greenhouse section.

Enigo bobbled his head until he got the rhythm of the song, then he swung.

Soon, as the Captain had no doubt anticipated, he was lost in the movements, the repetitions and the music. His anger moved from an encompassing rage to a low burn that fueled his adrenalin. But even floating leg lifts against simulated three Gs couldn’t wipe the image of Loreli’s pale face from his mind. She’d put on a brave smile, yet was too tired to make it her signature “You’ve amused me; you may have a chance if you are very brave and very strong” smirk. Her skin had looked so dry, he thought it would flake off and flutter to the ground like methane snow if he touched her. And he so badly wanted to touch her.

He shook his head, not a great thing to do while trying to bring your knees to your chin in three times your normal gravity.

“Ay!” the computer scolded. “You want to concentrate here? You do these wrong and you throw out your back, comprende? How you gonna protect your family on your back like a invlad?”

He blinked fast, then sought something else to focus on. Day shift had begun just an hour ago, so many of the midshaft crew were in the middle of workouts. He saw folks on the treadmills, still a tried and true, their VR glasses and adaptive tread simulating environments and motivations from a relaxing run on the beach to being chased by the dreaded and possibly mythical Gridnak. A couple of his redshirts were practicing falls with simulated injuries – parts of their bodies made useless by the same force fields that held him in place. One noticed him looking and lost her focus, not a good thing when running the “stepped on exploding moss” simulation. She fell hard, and her buddy laughed, until he, too, lost his footing and ran instead of jumped off a cliff. Even simulated belly flops were a bitch.

In another corner, Minion First Class Gel O’Tin was running an obstacle course set up specifically for his species. Rather than going over, under and through obstacles, Gel had to go around them in the most literal way possible, by absorbing them into his body, then expelling them. He must be frustrated, too, because he set up an especially difficult course. After some bulky objects to warm up, he moved to more complex objects containing multiple angles and textures until the piece de resistance (literally): Pipes, the Engineering Department’s pet katt.

Early in space colonization, humankind learned that no matter how carefully they packed, critters sometimes still got on ships. The solution was to introduce a predator. Sure, they could make robots, but humans still loved their fuzzy animals, so ambitious geneticists and breeders worked together to make the perfect shipboard companion, the katt. Lean and agile enough to navigate the tightest spaces, intelligent yet docile, and with a ravenous appetite and a resistance to a multitude of venoms, it made the perfect predator for capturing bugs and small animals that stowed away on supply crates or shuttles. It had long claws for defense, prehensile toes and tail for climbing surfaces, and an almost pathological need to “go” only in the kattbox.

They also had a great need for cuddles. Pipes was always up for sitting on a crewman’s lap, and his silky fur and gentle purr soothed many a distressed spirit. Enigo had even heard that some ships had multiple creatures just for comfort. Of course, he knew Gel’s plans for the unsuspecting katt had nothing to do with petting and muttering sweet nothings.

Gel had coaxed Pipes to stay still with a bowl of kibble. The katt stood with his back to the security officer, content and nibbling as Gel adeptly absorbed and expelled a rock, then a wire basket, then a bag of rocks…

When Gel wrapped a gooey pseudopod on the katt’s tail, his head jerked away from his bowl. His low growl became a howl of rage as the Globbal raced up his haunches and over his stomach. Too late, Pipes tried to scramble free, claws flexing and scrambling for purchase. His scrambling upset the food bowl, spilling kibble, which were pulled into Gel’s bulbous form. Gel’s slurp cut off Pipes’s screech.

Frozen in shock and indignity, his eyes wide and his limbs still splayed for flight, the helpless katt seemed to travel across Gel’s body as he pushed him through his system. Around him people were at once laughing and scolding him.

As Gel’s commanding officer, Enigo forced himself not to graffaw. Besides, he knew the kind of effort and skill it took to absorb and expel a living creature alive. Not to mention all of Pipes’s fur and those razor-thin claws. On top of that, he had to extract the kibble from its claws, some of which had been ground to a fine dust…

“Shut up, and let me down.” As soon as his feet touched the ground, he shoved open the door and ran to his minion. “Gel, spit out that katt and come with me. We need to talk to the Captain!”

Before anyone calls PITA about this scene, please note that Gel is a trained professional and Pipes is a futuristic, genetically designed animal built for this sort of thing. He could probably swim in Gel if he’d thought about it. (Now, there’s an idea for a future scene.)

Stay tuned to find out what Enigo’s inspiration was and what it has to do with swallowing a katt.