I know you guys like mysteries, so we interrupt this episode of Space Traipse: Hold My Beer to introduce you to another fun series: The Harlow Brothers Mysteries by Jacqueline Vick. She recently put out Book 3 in the series, Deadly Decorum, which is a truly fun title.

Learn about the Series here: https://www.amazon.com/Deadly-Decorum-Harlow-Brothers-Mystery-ebook/dp/B0917Y67G6/ 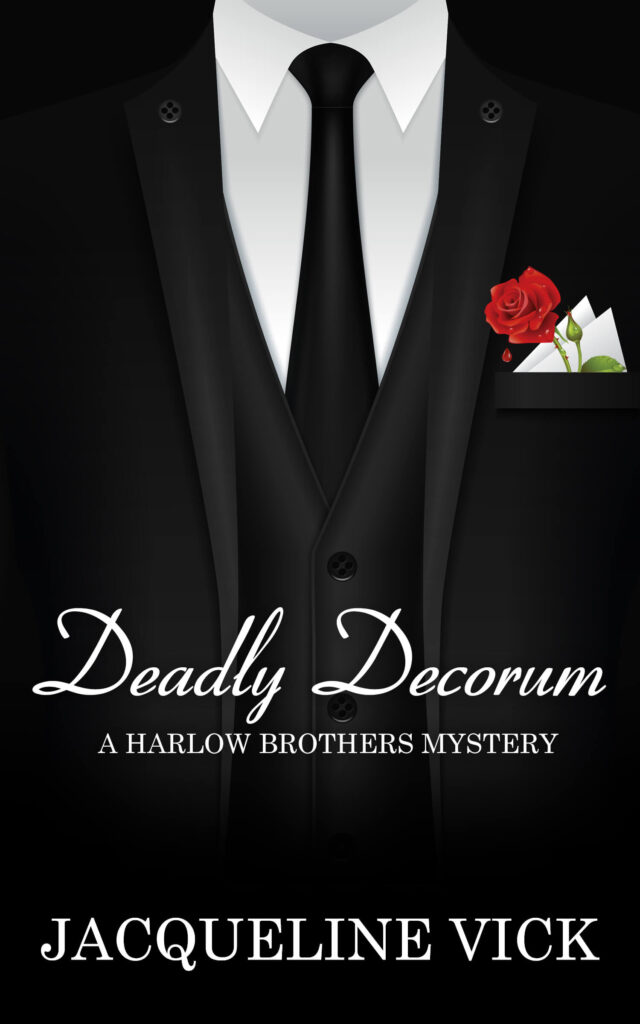 The Harlow Brothers are back at Inglenook resort, and not just because Edward is missing his long-distance love, Claudia Inglenook. The former college linebacker turned ghostwriter of the Aunt Civility etiquette books is the guest of honor at a charity fundraiser, where he’ll appear as the allegedly agoraphobic Auntie’s representative.

As Edward’s secretary, Nicholas is forced to tag along. His one hope for the weekend is the event will give Edward’s declining book sales a boost. For the record, he despises Claudia.

At the kickoff costume ball, one of the guests is found impaled with the sword from Edward’s Zorro outfit, and as Nicholas scrambles to clear Edward’s name, he comes up against suspects and motives he’d rather not reveal. Then he discovers a secret that could mean the end of Aunt Civility.

Though Edward stands to lose everything, he and Nicholas push to find the truth, but when the killer targets those the real Aunt Civility loves, solving the mystery becomes a fight for survival.

I asked Jaqueline what her favorite scene was, and she said, “About halfway through the book, Edward and Nicholas reverse roles. Nicholas is the follower, and not just because Edward’s his boss. In some ways, he idolizes his older brother. Then Edward takes a spectacular tumble off his pedestal, which puts Nicholas in charge. I loved giving Nicholas the opportunity to give orders, and I also loved how Nicholas works to get Edward back up on that pedestal. It showed his love for his brother.”

They’re on my reading list. If you get them, let me know what you think!