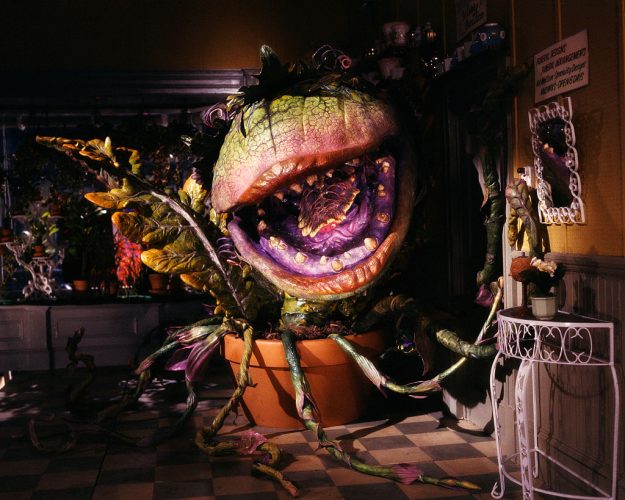 There is so much going on in this episode! We’re going to move from Ellie again, to give her time to get to the Bridge, and come clean up a loose end with Gel. For those who didn’t read A Mock Time in Space Traipse: Hold My Beer Season 2 (and shame on you, if not!), then all I’ll say is “creepy ooze monster” and “not his fault.” Long story short because the long story has been written, the Gel and Misha had the relationship misunderstanding of the century, and things have been tense ever since.

Gel hesitated in front of the Botany Lab doors, feeling pressure and de ja vu. He hadn’t wanted to have this conversation with Misha during duty hours, but Leslie had insisted he join the group for dancing, and after what Ellie had said.

I wonder if I could catch her at lunch, or maybe the gym? Someplace on neutral ground? Despite all the confidence training he’d gotten, he hated personal confrontations.

He heard an exclamation of surprise from down the hall and saw Doc Sorcha with a Union officer talking to Minion Horowitz from Life Sciences. How was she out of Sickbay! Horowitz was cooing and touching the doc’s hand while Doc Sorcha said something about a mobile holographic emitter. Gel didn’t know such things existed. Huh.

He briefly considered abandoning his mission and joining the group, then he heard the LT’s voice telling him to stop being a babimann. He moved toward the Botany door. It opened to admit him.

He found her in the Carnivorous Plants section, bent over a large pot with an even larger plant with leaves the size of her head. The pod-shaped blossom bore white spines that looked a lot like teeth. It swayed sinuously. There was a circle drawn on the floor and a sign “MGM-FOS. Do not get within 3 feet.”

Misha had her hands stuck in its soil up to her elbows.

The bloom lunged and snapped in Gel’s direction.

Misha thocked the plant’s stem with a dirty fingernail. “Odrey! Be nice. Give me just a sec, Gel. I’m almost done rotating his roots.”

Odrey made a few smacking motions with its petals before settling back into its contented sway. A few moments later, Misha leaned back and smoothed the dirt over his roots. “There you go. Pulsie, light rainfall, and UV290 for 15 minutes on Odrey, please.”

She turned her back on the viridi mater phaulius and walked out of the circle.

“You have to excuse Odrey. He’s a rescue and suspicious of strangers. Poor baby is really meant to be ambulatory, but his previous owner didn’t take care of him, and his roots are stunted. He’d never make it in the wild. Something up?” she asked Gel. “I mean, it can’t be an away mission.”

Gel pulled his gaze away from the six-foot plant, which now had its blossom open to the light rain drizzling on it. There were a lot of teeth. “Yeah, no. I just need to talk to you about something. Something Ellie said the other day. Um, do you want to clean up? I can say what I need to while you wash.”

It might be easier without her looking at him. Besides, her hands were full of dirt and some kind of goo. Did plants have sap or was it just trees?

They moved to the sink. While the running water turned the dirt into mud, he started. “The other night, when you ladies went celebrating the lieutenant’s promotion.”

“You can call her Ellie.”

“Ellie, okay. So, I ended up walking Ellie to her room. None of us knew Todd yet, and it seemed the prudent thing…”

“Sure. It’s nice how you watch out for us. All you Security, I mean.”

“Right. Anyway, she said something about you, or us, or…”

He was feeling more stupid and uncomfortable as this went on, and the sight of the mud was making him nauseous. He cut to the chase. “Look. What happened that night. I really had no idea what I was doing. It was a weird reflex, is all. I don’t have any romantic feelings for you, or sexual ones, or…”

Misha turned toward him, her hands clean but wet. “Gel, you’re a great guy. Really. But I prefer someone closer to my species.”

He glopped a little in relief. “Oh, praise the Merciful Diety! So, Ellie was just drunk and full of romance. What a relief! All this time, I’ve been thinking you thought…”

The two broke into laughter.

Gel handed her a towel.

“Thanks,” she said, wiping her arms. “And thanks so much for coming and cleaning this up. Ells and Leslie were hinting about it that night, and I thought I’d disabused them of the notion, but obviously not. I’ve known I should talk to you, but I could never find the right time. Guess I’m a coward.”

“Considering what I just saw you doing, I would never call you a coward.”

“Taking care of plants is easy. Making friends is hard. That’s why I didn’t transfer right away. You know, after…”

“I really am sorry about that.”

“I know. And I know space is full of crazy, unexpected stuff. Guess I’m just used to it being of the vegetative variety.”

Just then, the lab doors opened up, and the holographic doctors stepped through.

The Union doctor frowned. “This isn’t the arboretum.”

Dr. Sorcha replied, “No. It’s the botany lab. Some of the most interesting and dangerous plants are kept here for study. And why is your hand on the small of my back again?”

“You’re a photonic being. It’s as unnecessary as this verbal conversation you insist on.”

“Doc Sorcha?” Misha exclaimed. “This is incredible. How are you out of Sickbay?”

The four quickly settled into a conversation about Doc Sorcha’s experiences with the mobile holographic emitter. Gel relaxed into the peace of friendship.

Then Doc Sorcha said, “Gel, we’re seeking allegorical data on a professional argument the doctor and I are having. Do you believe that engaging in sexual relations with a human would help you better understand your human crewmates?”

Meanwhile, on the Bridge, Ellie was feeling anything but peaceful. She’d been so excited to tell the Captain about Janbot’s last message to her, but now, standing in front of his ready-room door, doubt was settling in. What if it had been a ruse? What if Janbot was just trying to make her feel better, or worse yet, send the Impulsive into a trap?

A dandelion blossom floated down from above. She cupped her hands and it nestled against her palm.

Janbot sang, “Loreli! I must warn you – Loreli…”

The dandelion turned to seeds and blew away.

“Lieutenant?” Commander Smythe called from where he sat in the command chair. “Can I help you with something?”

“No, sir. Thank you, sir.” She struck the door chime with a quick decisive motion. The captain had to know. He could decide what to do.

The captain sat at his desk, a big oak construction with the five-point star and an outline of Texas carved in the front. His cousin J.R. had given it to him. Near the desk was an equally archaic photo frame that she knew held a picture of him and Loreli.

The Captain cocked his head and his smile disappeared as he noted her distress. “Lieutenant? What is it?”

“Sir.” She took a deep breath. “Sir, I think there might be a chance that Loreli is still somehow alive and a prisoner of the Cybers.”