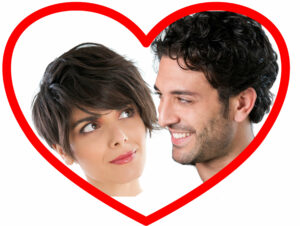 Ellie paused at the cafeteria doors and scanned the room for Todd. He was at a far table, wiping his brow. He looked flustered. What could he have been doing? Could he have found some new problem?

Better to know now. She grabbed some coffee and a bagel and headed toward him.

Leslie passed by her and nudged her with her elbow. “He’s a keeper,” she whispered, then continued on as if she’d said nothing.

What was that about? She glanced around the room. Gel. Tank. LeRoy was putting his chicken-bone necklace away. They didn’t. They wouldn’t!

Warmth vied with annoyance. She decided to ignore both and play innocent. Besides, Todd didn’t look too discombobulated, so he must have fared okay. But of course, he would.

She tried to ignore the bubbling joy that rose in her heart the mere thought of him inspired.

“So, what’s going on?” she asked as she took the seat beside him.

“I think I have the Impulsive Seal of Approval,” he said, his mouth twisted in a wry grin. “The emitter check out?”

“For the most part.” She set her tablet next to his and shared some code. “I mean, it’s future tech from an alien world, so we really didn’t want to mess with it, but I saw this, and well, a back door is a back door.”

She waited while he looked over the section of code she’d shared. She loved how his brow knitted and how the world seemed to disappear for him when he concentrated. She relaxed as she watched him, enjoying the peaceful feeling she got around his presence.

Finally, he whistled. “Wow. If you hadn’t pointed it out, I would not have seen it. I knew you were good with code, but – wow.”

She blushed a little. “It’s really because of you – because of Janbot. I don’t remember all the code he taught me. I think some of it was in the nanites I was infected with. But I do remember enough that this stood out – and that’s the thing. If Janbot knew it and Janbot was infected by the Cybers, then the Cybers know this code…”

“…and that means they could find and exploit it if you ever encounter them again. Yikes. You really do save the ship.”

He chuckled. “Nothing. So, what’s the plan? Because I’ll be honest, this is beyond me.”

“Yeah, me, too. I’m passing it to up to HuFleet and Union CompuSec. I think it’s close enough to what Lieutenant Perez’s team was doing that they’ll have something for us. In the meantime, we figure the threat is low here, so we added an additional firewall and shielding. Commander Deary is setting it up with Dr. Sorcha now. I have an appointment with her in half an hour to get my brain examined, and she wants to see you, too, so we can see the emitter in action then.”

“She’s making sure one last time that I don’t have any more nanites infecting my nervous system, and she thought it’d be a good idea to check you, too.” She leaned in close and whispered, “Because we’ve been trading so much spit.”

“Are all HuFleet ships like this?” he asked as he wiped his cheeks with one hand as if trying to rub away his embarrassment.

“The Impulsive is pretty special,” she admitted.

“Then, by all means, let’s do everything we can to protect it. Speaking of…”

He passed her his pad. There was an image of the comms port. It was so clean, it shined.

“This is the last thing your janbot touched on every route. Every one. Anything else gets on a schedule depending on use and level of soiling, but this is an ancillary port in a backup for a backup – this needs quarterly checks at most. Even worse, there’s a twenty-nanosecond gap in the comms logs just before it cleans this item.”

Ellie’s eyes grew wide. “It was sending messages. For how long?”

“IT is running an algorithm to find out. We’re also checking all the janbots memory cartridges we can find for memory gaps. Unfortunately, your guys did a good job slagging them.”

“Yeah,” Ellie sighed. “I’d say it was the line of duty, but I think they enjoyed it, too.”

From a seat two tables behind Ellie, LeRoy caught Todd’s gaze. He pointed from his eyes to Todd’s. He had the necklace of bones in his grip. “Yeah, your Security folks do seem to relish their job. We’re going to have to check the other auxiliary communications ports as well.”

“And the shuttles,” Ellie said. “If any of the other janbots was also under Cyber control, they would have probably sent messages through another route. Oh, Todd, this is awful! I mean, if they got our janbots, who knows –”

“– how many other ships have been infected, yeah. My boss is loving me.”

“But it’s not your fault! Not any more than the teleporter accident was Dolfrick’s or mine. What we have to do is make sure your boss knows you’re the one to solve the problem.”

“’We’?” She was so cute when she spoke first-person-plural.

Her mind was racing ahead; he didn’t think she’d heard his question or his besotted tone. “We have a good start on countermeasures, but now we need to determine if they were looking for anything specific. It would be such a help if Janbot were the first. You haven’t had any other reports of janbots becoming pseudo-sentient, so… Oh! There’s so much we have to tell the captain and En – the entire command staff. But first, we need to be checked that we aren’t carrying any teeny spybots.”

She leaned in and whispered, giggling, “Because of the kissing. Come on. I think you’re going to enjoy meeting Dr. Sorcha.”

“Since you helped program her, how could I not?”

They stood and left together, and if they weren’t holding hands, it was only because she was on duty and her family was watching.