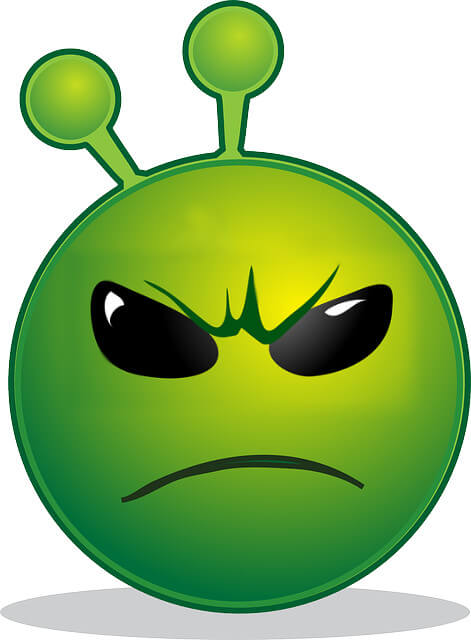 There’s a scene I didn’t write because it’s not that important or funny, but just know that Enigo took a little time this morning to get with his staff to ask about Todd. He was pleased to find out that Gel had done a complete background check done on him and that he checks out, and that Sisco approved of his character and work ethic. The fact that Leslie thought he was hot and that Todlie (or Elstodd, she switched depending on her mood) was just fracking adorable just made him roll his eyes, but also indicated the seriousness of the relationship. He charged them with making sure Todd understood the responsibility of a serious relationship with their prized Ops Officer.

To say they were giggling maniacally when they left is probably obvious foreshadowing. That doesn’t make it any less true. 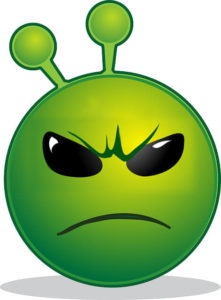 Despite the fact that they were in port, the Impulsive cafeteria was bustling with diners. The ship had just been given the “All Clear,” and people seemed to be in the mood to celebrate – or perhaps gather in large groups just to make sure a flash mob did not start. But there was no music, just the happy sound of people talking and eating, accentuated by the occasional guffaw.

Todd barely noticed. He was meeting Ellie, who had been pulled from janbot duty to help with some kind of emitter. Todd and his team had combed Communications, Second Backup for the Other Section, which was Ellie’s janbot’s last stop on its cleaning route, and found an odd “footprint” left by the janbot on a comms port. There wasn’t any code, just the incredibly subtle presence that some form of communication had passed through that portal from a janbot. Why would janbot be transmitting anything?

A throat clearing interrupted his thoughts. He looked up.

Leslie stood at the end of the table, holding a tray with lunch. Behind her were Ensign Gel and three others, all from Security.

Leslie smiled brightly. “Are we interrupting? May we join you?”

He shrugged and indicated the empty seats. Everyone settled around him. Leslie set her tray down but then leaned over it.

“So, let me start by saying we all like you.”

“Okay.” He thought she meant to reassure him, but somehow, he didn’t feel reassured. It could be because, while she took the seat opposite, Gel and Sisco sat flanking him on either side, up close so they were just enough in his personal space to put him on edge. The other two, a huge black guy that was all muscles and a wiry guy with some kind of weird necklace, didn’t even sit but stood behind him. Or maybe “loomed” was the better word.

“Cool.” Leslie settled into her seat. “We have a saying in Security…”

“The ship is family?” Around them, other diners had surreptitiously (and less-subtly) slowed their eating and turned their chairs to better listen. He was almost glad Gel had expanded taller than his usual round self. That way, maybe not everyone would see the sweat starting to form.

“Oh, good! Ellie told you. So, it’s probably no surprise that’s we’re rather protective of our shipmates, and not just for their physical safety.”

“Sure, I get that. Um… are those real bones?” He asked the lanky guy, who wore a Minion’s rank.

“Don’t worry. I got them off the corpses.”

“What are your intentions for Ellie?” Gel demanded.

How could something so gooey sound so hard? “Uh, you know, we’ve only known each other three days. Can I discuss that with her first?”

“Oh, that’s a good answer. I like that answer,” Leslie said. She poked at her salad and took a large bite, chewing robustly, a delighted grin on her face, while the others continued to watch him. He was glad the Cybervirus had been eradicated, or ominous music might have started playing.

She dabbed her lips with her napkin. “Yeah, you guys should really talk. So let us share with you our feelings about Ellie, and what she means to us.”

“And the ship.” The deep rumbling voice had to have come from the mountain behind him.

“Tank’s right. See,” Leslie said, munching away at her salad with delicate enthusiasm and speaking through mouthfuls, “it’s not just that we all love her because she’s simply adorable. Ellie – Lieutenant Doall – is one of our most valued crewmembers.”

“She saves the ship.” Tank said.

Gel added, “Saves the ship, saves the mission, saves a crewman. LeRoy, how many times has she pulled some crazy miracle at the last minute?”

“Well, sir,” the lanky guy answered, “I haven’t been assigned here long, but I lost count after five.”

Thinking on the past couple of days, working with her on tracking down issues with the Janbots, the crazy insights, the finishing each other sentences, the sudden leaps of logic, he couldn’t help but smile. “She is amazing, isn’t she?”

Sisco returned his starry-eyed gaze with a scowl. “We are vested in keeping her amazing. We consider it mission-essential that she continues to be amazing.”

Leslie continued, “So speaking as people who really do like you: if you do anything to hurt Ellie…”

Gel interjected, “…or make her sad…”

Sisco added, “…or distract her in a way that keeps her from doing her best when the ship is in danger…”

Tank leaned in and said – not whispered – into his ear, “And we’ll remove your spleen.”

In his other ear, LeRoy added, “By way of your esophagus.”

The minion’s bone necklace was inches from his nose. He could see knife marks. “Okay.” He cleared his throat and tried again. “Okay, because if I ever hurt her or put this ship or its mission in danger, I’d completely deserve your wrath. The ship is family, and I get how important family is. I do.”

It must have been the right answer. The looming ceased. Sisco’s badge chirped twice, and he tapped it twice in return. “Ellie.”

“Perfect!” Leslie clapped her hands together. Then she reached out and grasped Todd’s wrist like a dear friend. “I’m so glad we had a chance to talk. So, we’re all still getting together for dinner and dancing, right?”

The men scattered and their audience turned back to their own business. Leslie picked up her tray and headed to the recyclers. She greeted Ellie as she passed her.

Todd was still shaking his head when Ellie sad next to him. Because she was on duty, he refrained from any public display of affection, but he did move his leg to brush against hers. Her cheeks pinked, and he felt his heart leap with happiness.

“I think I have the Impulsive Seal of Approval,” he said.

This seems like a silly scene – and it was so much fun to write! – but it will come back later in an important way in a future story, “The Naked Stupid.”