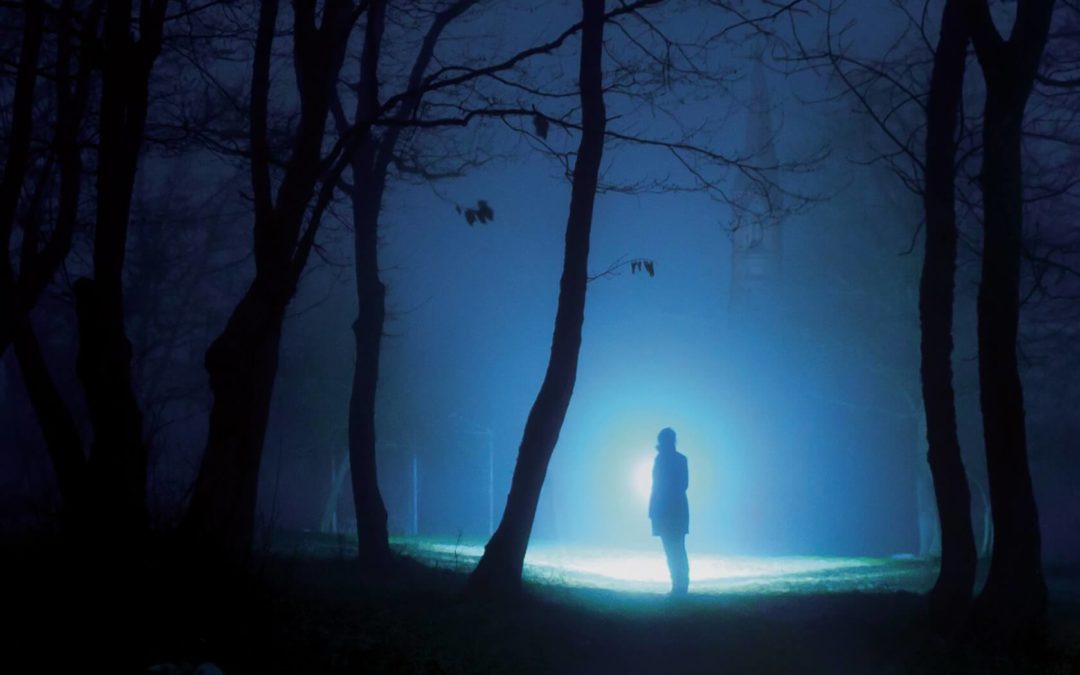 Hi, guys, now and then I get asked to tour or review a book. Today we’re looking at a Vampire Story published by Full Quiver Press, who also published my Catholic SF, Discovery.  Moonchild Rising is a vampire romance story with a twist – the vampire gets redeemed before the romance truly begins. Don’t worry! There’s still a lot of room for tension, as the heroine, the vampire huntress, is suspicious of the vampire’s change of heart/soul, and his redemption puts him at odds with his vampire family. Fight scenes and settings are well imagined, and the characters are interesting. 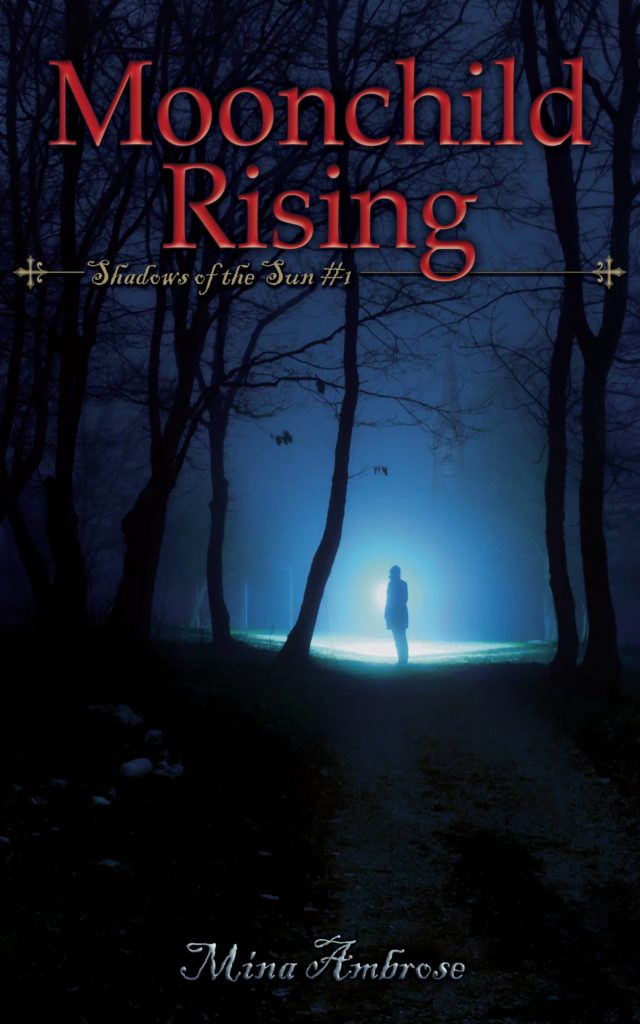 Blurb:   Mara the Huntress resides in the sunny little town of Archangel, California, the location of the Gate of the Underworld—a fact unknown to the general populace. Most people don’t even know that vampires exist. As Huntress, Mara does know, and it is her job to kill those that dare venture forth to the Upperworld to prey on the humans living there. She is well-suited to this purpose, gifted with skills and talents far surpassing those of ordinary mortals. Though some vampires manage to evade her, she has so far managed to prevent the unleashing of a full-scale infestation. She has been at this job for a good portion of her not-quite twenty years, and it seems she has everything in hand. Then one day she gets a chill of foreboding, a feeling that things are about to change…

For she stands in the way of the master vampire’s plan for world domination, and, he fears, may be a key player in the fulfillment of an ancient prophecy foretelling his destruction. One dark night he sends the mighty Prince (his second in command) to put an end to this Huntress, this bane of vampires, once and for all. Mara confidently goes out to face him but finds she has met her match at last. Just as all hope seems lost, this powerful vampire turns from the “dark side” to become Mara’s ally in the battle against his own kind.

Her first warning was that unnatural chill in the night. Mara Dawn Amarantides froze, listened. Caught the slight whisper of a cloak and a flapping sound, as of bat’s wings. And that choking smell of death, faint but unmistakable. Vampire!

She twisted around, her long, golden braid swinging across her back and glinting in the circle of white cast from the streetlights. Where…? That alley across the way? No, no, further… She ran down the sidewalk, dodging the occasional pedestrian, frightening them perhaps, but—no time to apologize, this was urgent. A matter of life and death. She peered down side streets and alleyways, eagle eyes missing nothing as she flew past. Nothing…there was nothing out of the ordinary. Where is it? Have to find it before…

There—a rhythmic squeaking sound was moving away from her down an alley and out onto another street. She squinted into the distance; the light wasn’t good in that concrete-and-brick canyon. Just at the far end was the faint glow of a streetlight. Ah, there—a boy on an old bike, not in any hurry, it seemed, apparently oblivious to the horror hot on his trail. She felt that telltale chill again, stronger now, wrinkled her nose at the unpleasant smell, and looked around, eyes piercing the shadows. Nothing but the usual reeking garbage and clutter tossed carelessly about or jammed against the wall.

A cat yowled, dashing between her feet; she leaped aside, heart pounding. Good grief, what next! She’d no more than restored her calm and resumed her dash down the alley, when movement caught her eye, up ahead and off to the right a bit. Her heart jerked into overdrive again; stake in hand, she was ready for business. Just a rat, this time; it slithered behind a garbage can and was gone. She exhaled slowly.

Then she saw it. Even to her, the vampire looked like nothing more than a black blur, so fast did it move. Most mortals wouldn’t have seen that much; would, in fact, have had no warning at all.

She caught a glimpse of the boy on the bike again, just as he was about to turn the corner from the alley onto a quiet street. It looked as though he sensed something, then; maybe he felt that chill cloud of gloom bearing down on him, for he glanced back and stared. His eyes went wide with terror, and he surged into action, pedaling at a furious rate, his bike squeaking madly.

He might as well have been standing still; he’d never outrun the thing, Mara knew. It would be on him before he reached the end of the block.

She swept the surrounding area with a swift glance, missing nothing. Only one this time? Vampires were loners, true, but perpetually hungry, and more often than not several would emerge to hunt at any given time, to scatter in every direction, no doubt to foil her attempts to catch them all. An exercise in futility; she tracked them down quite quickly, as a rule.

No time to think about that now. This one was the immediate danger, all that mattered at the moment. Shadowy arms reached out toward its prey, long gleaming claws reflecting the meager light. Too close. Fast as she was, she’d never catch up in time to stake it.

She slipped a hand inside her jacket, exchanged the stake for her small crossbow. With narrowed eyes locked on that shadow-blur, she loosed an arrow. And another, right behind it, in one swift motion. Two bolts! Overkill, maybe—she’d never failed to hit her target dead-on, but—no, she couldn’t have that thing take the boy down just because she got overconfident. She was good at this, but vampires were fast and could kill in a heartbeat.

Her bolts flew true; one-two, straight to the middle of that shadow-shape. It shrieked, a long, pitiful wail, and fell writhing to the pavement. Then it disintegrated.

The boy glanced around, eyes huge, but he never slowed; sped up, if anything. That spine-chilling cry must have scared him half to death, but Mara doubted he’d seen anything, except maybe a cloud of dust if he was very sharp. He likely hadn’t seen her either. Her black attire blended her into the shadows; she wasn’t easy to see even when you knew she was there, and most people didn’t.

As soon as the boy was away, down the street and around the next corner, she went to retrieve her arrows. Her soft boots made no sound on the pavement.

The evening breeze had picked up, wafting away the last bits of vampire dust. The air smelled fresh and clean again. All clear now. Stars were out, sparkling overhead. It was a nice night, after all. Even so, she did not relax her vigilance. That could be fatal in her line of work. For others, if not herself.

She was about to be on her way when she heard a fluttering sound. A paper loosely tacked to the nearby wooden pole of a streetlight had torn loose at one corner and was flapping in the breeze. On it was a grainy photograph and bold black letters proclaiming: MISSING. Her heart sank. Not another one! She walked nearer and reached up to smooth the poster. A new one, obviously, so clean and white next to those other notices faded and tattered at the edges. Again some vampire had slipped past, it seemed, despite her watchfulness, to prey on the humans she was bound to protect.

How did they manage to elude her? Was there another gate to the Underworld that she didn’t know about, where they sneaked out a back door while she stood guard here at the main gate? Father Mike had assured her that this insignificant little town of Archangel was the gate; the only one, at this time. And he should know.

Deep in thought, she made her way to the public library, open late tonight, where she had arranged to meet her friends to study. Despite her calling, she still had to get through college.

My review: I give it three stars because I found the scenes too long for their purposes, and I would go from caught up in the moment to skipping paragraphs to move on. This is a personal preference, so if you enjoy long prose, then you’ll like this book better than I did.

Mina Ambrose was born in Oregon, a cradle Catholic, and grew up on a farm. Along with taking care of animals, she enjoyed reading, drawing and painting, playing music (mainly accordion, but a smidgen of piano, organ, and guitar), and of course, writing. She began with stories and poems, as well as jotting down pages of notes—ideas for novels that never went anywhere due to the distractions of her many other interests. But she kept them on file and took them out occasionally to dream.

At age 21 she moved to British Columbia with her family. There she married, and for a number of years was raising children and running a busy household, her other interests relegated to the back burner (though she took them out and dusted them off occasionally). During this time she found new interest in sewing, gardening, and baking dozens of cookies and muffins for her growing family.

After her five sons and three daughters were grown, she returned to college, determined to at least get her Bachelor of Arts degree. (And did.) Meanwhile, she had a short story and poems published, and reawakened that life-long dream of writing a novel. As she wrote, it grew and grew, until the novel became a series: Shadows of the Sun. Moonchild Rising is Mina’s first novel, Book One of the series.

Mina is a member of the local Art Society, Catholic Writers Guild, and the American Chesterton Society (as well as volunteer typist for their online project), and has also been involved in the Pro-life movement for many years. Mina has recently begun playing the violin, and, since her retirement, once more finds herself baking cookies, in order to have some on hand for when her grandchildren come to visit. She lives surrounded by her eight adult children, eighteen grandchildren, and one great-granddaughter.

Her book, Moonchild Rising, Shadows of the Sun, Book One, is available as an ebook and Print Book from Amazon.com and Full Quiver Publishing.