A Review of Ad Astra, HMB-style 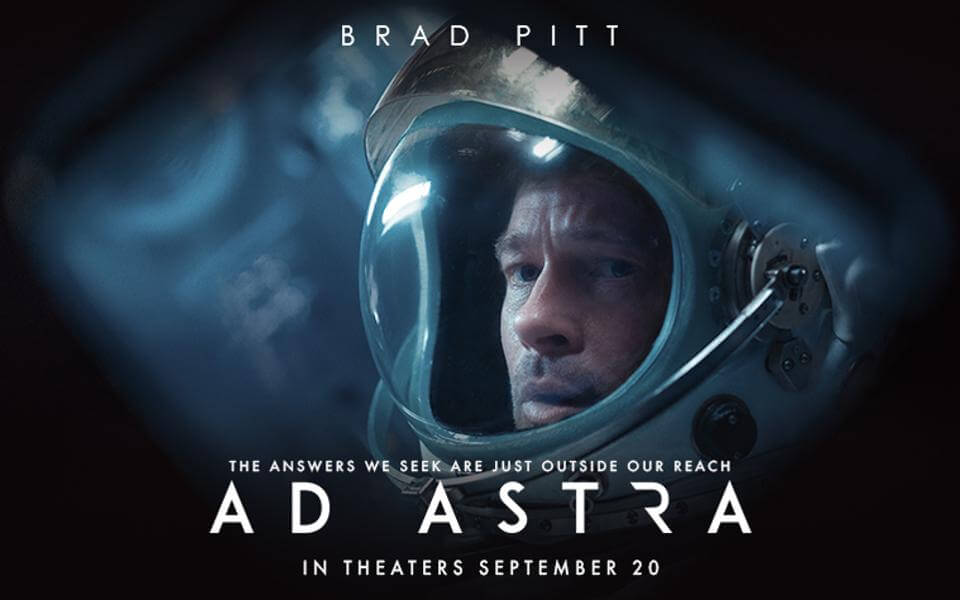 So Rob and I went to see Ad Astra in the movies. It was…. well. When we left, I confessed that I was MST3000-ing it the whole time, and Rob admitted he had been, too. See why he’s my soulmate? Anyway, it occurred to me that it’s a fine sci-fi tradition to watch the old movies of the past, which are now classics, of course. Alas, it does not turn out as well on the Impulsive: 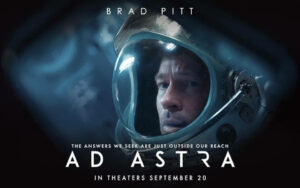 Captain’s Log, Intergalactic Date
Seldom do I have to discipline my crew for getting into fights with each other, and then, it’s usually for an intra-ship competition. Tonight’s Movie Night fiasco is a first, especially since the fight took place between my Teleporter Chief, Dolfrick Dour and my Chief of Security, Enigo LaFuentes.

Jeb sat at his desk and stared down the two sullen crewmen. He felt more like a high school principal than a starship captain. “All right then, who started it?”

Just like in high school, the two turned to glare at each other. “He did!”

Jeb sighed. “All right. Walk me through it. Dolfrick, you chose the movie, correct?”

Enigo snorted. “The summary said, ‘Space pirates,’ Captain. I should have known the minute McBride started monologuing about how he felt like an imposter that this was going to be more about some guy’s mental issues than an actual science fiction adventure.”

Dour looked affronted. “There are space pirates, Captain. It was a tense moment in the film, and he and his people started laughing.”

“Come on! Eight guys in four moon buggies? With guns. But even before that. They were transporting McBride, this big-VIP-type on a secret mission to save humankind to a secret base on the dark side of the moon…in an open moon buggy. With two escorts. Knowing there are so-called space pirates. There’s this whole freaking infrastructure on the moon – they had some kind of neon cowboy, for frack’s sake! – and they couldn’t cobble together some armor, let alone a wikadas shield? I thought it was a comedy!”

“Why wouldn’t they shuttle him over?” morbid curiosity made Jeb ask.

“You’d think space pirates, but no!”

Dolfrick sighed. “The lunar pirates were a device to show the chaos of early colonization and territorial rights – a metaphor for the human selfishness that even the grand mission of space colonization could not suppress.”

“Oh, a metaphor!” Enigo rolled his eyes. “Well, that explains why they went after a seemingly valueless convoy, wrecked two of the three targets and let the last one get away.”

“So this is when the fight started?” Jeb asked.

Dolfrick shook his head. “No, Captain. I was willing to suffer in patient silence.”

Enigo nodded sagely. “Is that like a metaphor for the movie?”

The Goth teleporter chief curled his lip. “No, but I did identify even more poignantly when McBride spoke so eloquently about suppressing his rage.”

Enigo pursed his lips and steepled his fingers. Apparently, he’d decided to play the straight man. ‘Ah, yes. The rage of the Space Baboons.”

“What were the baboons doing in space?”

Dolfrick closed his eyes, as if calling upon a higher power for patience, and answered. “They were the victims of biomedical experimentation that escaped and killed the crew aboard the space station. McBride’s ship to Mars answered their Mayday.”

“Which made no mention of violent primates.”

“What to say ‘Mayday! Marauding murderous monkeys’? That was the first mistake, Captain. The captain of McBride’s ship puts a top-secret mission in jeopardy to answer a cryptic mayday. McBride, doesn’t pull rank to stop him – and don’t give me the ‘then you have to tell us your mission’ BS. Then, they send the VIP – the whole reason for this trip – into an unknown and potentially dangerous environment. They split the party…”

“Tense? McBride stopped in the middle of a retreat to try to duct tape the faceplate of a dead man. Duct tape, Captain. The whole faceplate. To take the dead captain back to the other ship – through the vacuum of space. Then he waxed poetic about how he identified with the rage of the space baboon.”

Dolfrick answered, “And made monkey sounds.”

“And that’s when the fight started?”

“No, sir, it was when he started shouting about the Dread Oog.”

Enigo sighed. “Sir, you have to understand. There was this big mystery about whether or not Neptune had been invaded by extra-terrestrial life. With everyone acting so stupidly and the constant self-affirming psych evals, I was sure the human race was under some kind of mind control. So when I saw the reprogramming chambers-”

“They were comfort rooms!” Dolfrick said, his ire breaking past his usual sullen smolder and edging toward space baboon rage. “McBride was in a comfort room. He was confronting his fears about being rejected by his father. And in this touching scene, the lieutenant starts yelling, ‘Fight the Oog!’”

Enigo said, “I’m telling you, sir: Those were Dread Oog torture chambers, just like from the Occupation Years on the Hood.”

“They were Martian comfort rooms. They had a comfortable chair where you sit and meditate while surrounded by comforting images of Earth.”

“Comforting? He was surrounded by flocks of huge, shadowy birds. Six-foot birds, Captain. They were everywhere. And the ocean crashing in on all sides? How is that comforting?”

Dolfrick grimaced, seeing his point, but pressed on. “There were flowers.”

“The flowers were taller than me.”

“They were colorful and beautiful.”

“The chrysanthemums were breathing!”

Jeb saw from the expression on the men’s faces the answer he was looking for. He said to Dour, “And that’s when you hit the lieutenant?”

Enigo answered cheerily. “He didn’t just hit me, sir. He bounded over two rows of seats and fended off my minions to get to me. It was fracking beautiful, sir. Real space baboon rage.” He turned to Dolfrick, “Seriously, dude. I didn’t think you had it in you.”

Jeb rubbed his brows, in part to show his frustration, but also to hide the grin that threatened to show on his face. “All right. For the next two weeks, you are both confined to quarters when not on duty. Lieutenant LaFuentes, you will brush up on movie etiquette. There’s an old Earth saying: There’s a special place in Hell for people who talk in theaters.

“Chief Dour, I suggest the next time you pick a movie, you be more careful about how you represent it. Dismissed.”

The two stood, saluted smartly, and left the room. They said nothing as they entered the lazivator together. Once the doors closed, Enigo said, “So, if it wasn’t the Dread Oog, who were the aliens doing the mind control?”

Dolfrick sighed as deeply and painfully as McBride might have on his years-long trip to Neptune. “There was no mind control. There were no aliens. McBride’s father failed to find evidence of extraterrestrial life and kills himself. McBride, meanwhile, comes to terms with the ennui of our race’s isolation.”

Enigo shook his head. “You’re sure it’s not a comedy?”

“Only when you watch it.”