When last we left, we had a potential four-seven, which could mean though control or a virus or perhaps an imposter. Dour’s vote is on imposter, but “his mistress,” the transporter, isn’t completely clear on whether the man they thought was JR Seip is actually a human man at all, a genetically similar construct, or if he may be affected by the planet, as well. At any rate, the ship is on lockdown, and the away teams are being contacted and told to regroup and prepare for anything.

This of course means it’s the perfect time to have some sweet, light emotional scene with the away team. Yeah…um… about that…

BTW, if you need to catch up, start here. 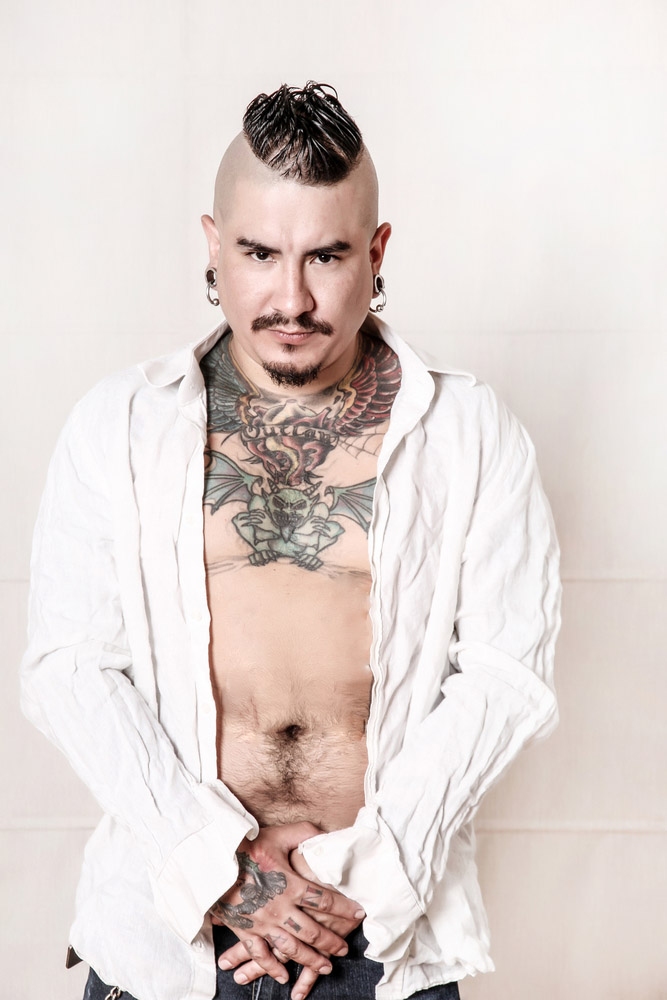 Loreli hesitated in front of the shack where she’d seen that woman drag Enigo, and from which he had yet to emerge. It’s been an hour already; she’d kept track, even as the elders had fawned over her and the children had entertained her with a play. Charming as they’d been, she’d found herself distracted by the security chief’s absence, and not because he had the scanning device. That had been left at the door, and the doctor had retrieved it without comment and been taking scans ever since.

In fact, Loreli didn’t know why his absence disturbed her so, or why she’d thought of Ta Pala Chawa as that woman. Regardless, she was a member of the Impulsive, so as soon as Smythe called she used the message to excuse herself from the natives. Then, she embraced the spirit for which the ship was named and went to drag Enigo’s sorry – er, investigate the reason for his absence.

Now, however, she was feeling just a little stupid and embarrassed – especially when she heard a sharp intake of breath and a small moan come from the tent.

Now, if Loreli had been humanoid (or meat-based)…or if this were a different series… she would either run off to have a self-pitying cry or bang on the door like a jealous lover. But of course, Loreli is a plant, and the ship’s sexy, and a xenologist. In other words, a cool professional. So she pushed aside her odd feelings to examine later and knocked calmly on the threshold.

There was a yelp and a thud, and some shuffling. Then Enigo lifted the fabric covering the doorway aside. He did not have a shirt on, and there was a redness on his bicep and chest that he protected with his other hand.

“Fronds! I thought you were interviewing the people. Never mind, get in here. We were just finishing up. You’ll want to see this.”

Loreli blinked. Had whatever affected the Paleos and J.R. affected Enigo? “Are you all right?”

He glanced at his hand and whatever it hid. “This? I’ve had worse, but I don’t think I’ll ever have better. Now get in here. You have to see this. Ta Pala is some kind of wikadas contortionist…”

“What are you talking about?” she burst out, wondering if she was in some kind of alternate universe “shipping” episode.

He pulled his hand away to reveal a complex pattern of dark lines that covered the inner front of his arm and pectoral. The area around it was red. She looked behind him into the tent. Ta Pala Chawa sat on a bench, but there were also two men holding bowls of ink and needle-thin knives. One worked on the woman’s elbow as she and the other watched her expectantly.

“You’re getting a tattoo? Now?”

“Not just any tattoo – the most wikadas tatt of all time. Come on, and I’ll explain.”

He grabbed her wrist and pulled her into the cabin.

This is not how I intended this scene to go, and yet, I’m seeing the scene in Galaxy Quest where Jason Nesmith tells Gwen DeMarco, “The mist on this strange planet is filling my head with such thoughts.” This is what happens when you write on the fly with no editing and no filters.

If you want to read some of my edited stuff, I had a story come out in the anthology, To Be Men. Police Chief Santry has women troubles, too, but his could mean his own murder. https://www.amazon.com/Be-Men-Stories-Celebrating-Masculinity/dp/1925645339/