You’ll notice that Capt Tiberius has a thing with the startdate numbers. This is a hat tip to my FB friends (cousin Kerrie!) that make a point of posting when all the numerals on a time are the same. To be honest, I don’t see the appeal, as it happens 24 times a day (38 if you are on a military clock.)

If you need to catch up, check out the episode list here. 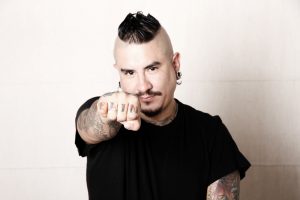 Captain’s log, Intergalactic date, 676768.69, which is even more fun to say than 676767.67. Prince Petru has apparently fallen in love with our xenobiologist and ship’s sexy, Loreli. Not that anyone can blame him, but it’s making it hard to complete our mission of marrying him off to the princess of his neighboring world and thus ensuring peace in the system. Not to mention the fact that he’s become a nuisance. He will not take her “no” for an answer, and LaFuente’s “stay the hell away from her” only seems to egg him on. For now, we’ve assigned Loreli a 24-hour security detail and are looking for alternatives to discourage the impetuous prince.

In the meantime, work has progressed on the wikadas shields, as Commander Deary and Lieutenant LaFuentes have dubbed them. They assure me we’ll be ready to test them as soon as we get the prince hitched. I’m really hoping that means sooner than later.

Loreli checked her scanner, and reassured that no Clichans lurked the corridor ahead, started forward.

“Yo! Fronds!” LaFuente’s voice called from behind her.

She allowed herself a smile that was half exasperation and half affection, then smoothed her features into the sexy pout she’s learned at the Academy and executed a turn similar to the one used by Galia Kay in last year’s Top Model competition. Any other male on the ship would have at least paused a half moment mid-step, but Enigo strode toward her, frowning.

“Where’s your detail?” he demanded when he was close enough to speak quietly.

“I sent Crewman Jenkins to get me some nitrate-infused hydrated soil from hydroponics. It’s been a trying day.”

“Nitrate? Going to do some heavy thinking?”

“You know me too well, Enigo.”

“Yeah? What I don’t know is why you are walking the corridors by yourself. You are perfectly content in your room.”

“Which you can do in your quarters.”

“Xenology, to be sure, but as ship’s sexy, part of my job is to be seen and appreciated. It keeps ratings up.”

He leaned against the wall and looked her up and down, but with a warm, familiar, affectionate way she soaked up like the sun. “You know, being able to protect you is good for morale, too.”

“But that’s limited to Security.”

“Redshirts gotta have some perks. Human men get a kick out of protecting their women. We’re hardwired that way.”

She considered, and had to admit some truth to his statement. Even after millions of years of evolution, there was a primal drive to protect mates or potential mates.

“Now, come on. Allow me to escort you back to your quarters and get you safely rooted in your soil.” He held out his elbow.

She sighed. “All right. Thank you.”

“You want to thank me, plant one on me later.”

Suddenly a voice called out, “Get away from my intended!”

Enigo barely suppressed a most primitive growl. Loreli patted his arm and stepped between them before he extended his primal drive to more violent forms of expression. “I’m not your intended. Petru, you need to put away this infatuation.”

The prince grabbed her hand and kissed it sloppily, not the way she wanted to get watered, to be sure. “My beautiful Lorelee-root. I’m telling you this is not a childish whim. Why just now, I had Councilman Edor tell the Kandor that the courtship is off.”

Enigo said, “Are you out of your mind? Your system’s unstable.”

“Katrin is unstable. She’s already declared war on our planet – a war we will fight together as proof of our devotion.”

Loreli jerked her hand away. “I have been very patient, your highness, but this has gone far enough. Go back to the councilman, have him contact the princess and beg her to take you back. I will not be the cause of war.”

“But what of Helen of Troy, whose beauty caused one of your history’s greatest wars?”

Dutifully, the computer gave a brief summary, which I’m sure the reading audience knows and I won’t insult you to prove that I, too, can make an AI quote Wikipedia. Instead, let’s focus on the fact that Enigo smacked his own forehead.

Loreli added, “And I’m not from Earth. That is not my heritage. Your analogy completely fails.”

“How can I fail if you are beside me?”

“That’s it.” Enigo took Loreli’s arm. “I’m taking you back to your quarters where you can rest in a nice mud bath, and if you are smart, prince, you’ll not be around when I get back.”

The prince swung at Enigo. He’d obviously had training. Another man might have found his jaw bruised. Enigo, however, was no ordinary man. With reflexes developed dodging rival gangs and zombies in the Hood, and honed with Academy training and the Power of Plot, the chief of security easily dodged the blow, grabbed the prince by the elbow and shoved him against the wall.

“I had one nerve left, crip, and you just stepped on it.”

“Enigo, let him go before…”

“How dare you!” the prince shouted in dramatic, noble fashion. “You dare do violence to one of royal blood? You dare make a claim on my woman? Then you shall pay the price. Your Union will hear about – aaah!”

The prince crumpled to the ground, knocked out by the tranq patch Enigo placed on his neck.

Has our macho security officer in fact made things worse? Scratch that – how much worse can things get now? And is there something going on between him and Loreli? Find out next week. In the meantime, post your speculations in the comments section or join the conversation on the Facebook page.