What is Space Traipse: Hold My Beer?

Space: It’s big; it’s full of crazy, exciting, unknown things; and it’s ours for the exploring! These are the adventures of the HuFleet ship Impulsive. It’s ongoing mission, to explore new worlds, to meet new species and learn their way, and most of all to do stuff! Any stuff. Hey, that looks interesting? Can I do that? Hold my beer and watch! 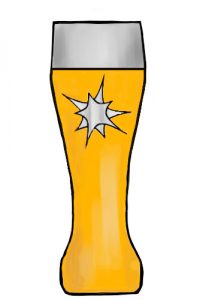 Are you ready for sci-fi clichés and ridiculousness? Let’s explore the lighter side of human nature, play with television shows and books along the lines of “How It Should Have Ended,” and generally have some fun.

Starting April 19 (as many of you know), I’ll be launching the adventure of Space Traipse: Hold My Beer. It’s a standard science fiction world, along the lines of Star Trek, but with any multi-world government with a fleet warp-drive-enabled starships that can travel the universe running experiments, surveying subspace phenomena again and again, and getting into trouble on a regular, almost episodic basis. I’ve been on a Voyager jag lately, so the first few episodes reflect that, but I intend to bring in all manner of SF oddness.

One thing I hope to do, though, is see what kind of trouble we can get to without making the crew act dumb. Impulsive? Oh, yes, we like them that way. But not stupid. No holding back important information because you’re embarrassed. No refusing to follow protocol – but no waiting for the Captain to tell you how to do your job. No ignoring the possibilities of technology because it makes for better TV.

A holographic doctor visits a second holographic doctor in her sickbay to discuss an issue. The hosting doctor says, “Why are you here? We’re programs! You could have opened a comm link and we’d have been done with the entire conversation in 3 seconds.”

“How did you make that? That’s a sophisticated piece of alien technology. We don’t even know how to make the materials yet.”

“I used the transporter. Beamed out some raw materials then beamed it back in with the pattern I saved in the buffer. Seems to work.”

The characters are going to be fun – a great combination of cliché and depth that I love to write.

Once the pilot episode is on the blog, I’ll be asking for other clichés to weave in and play with. If you want to join the fun, you can do so in several ways:

Follow this blog by signing up for the RSS feed

Join the ST: Hold My Beer fan page on Facebook.