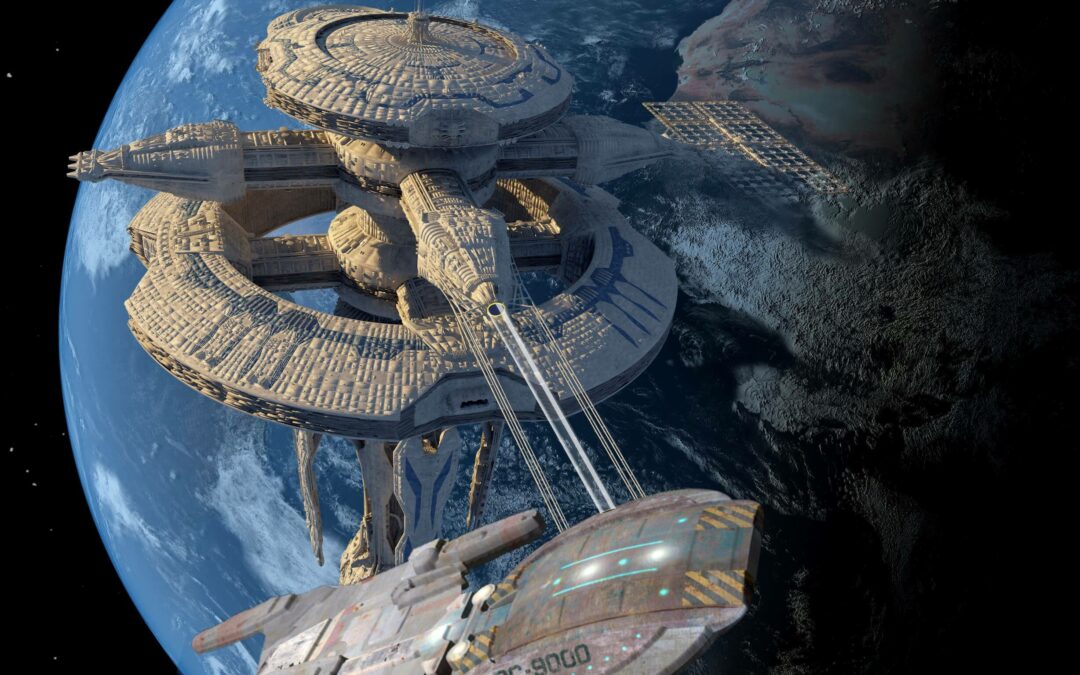 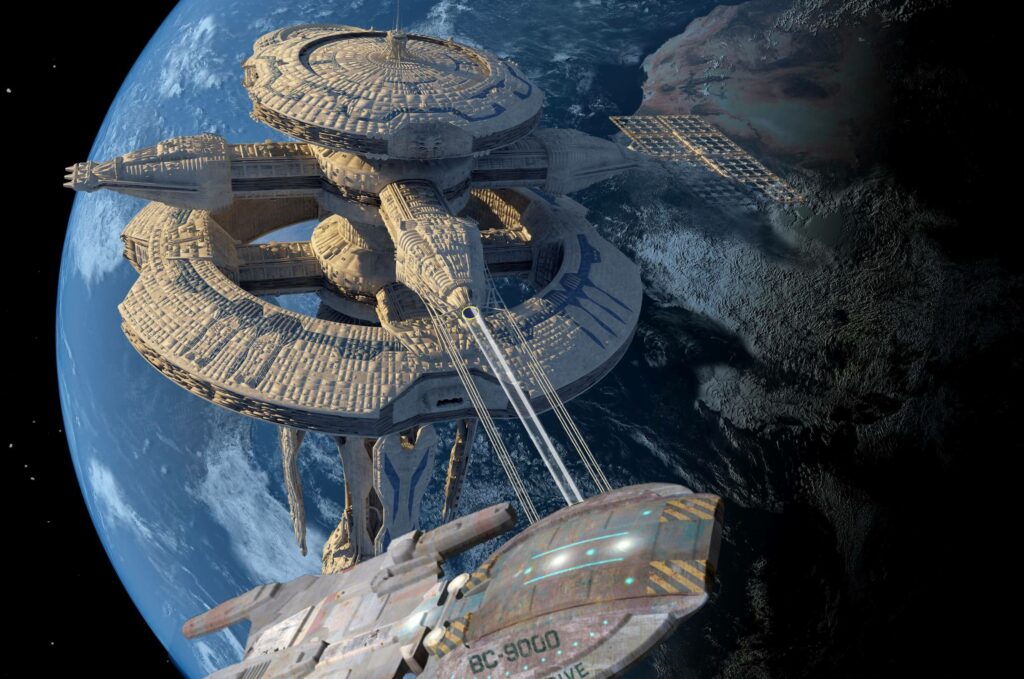 The reception area for the airlock was filled with people saying, “Goodbye.”

Gel was getting some last-minute ribbing from his old coworkers about his new officer status. He didn’t mind. He was too proud. Besides, he didn’t have ribs – but he did have a bright future.

Leslie was making her farewells to more than a few new friends. Later that evening, there would be a couple of barfights as those who thought they had an exclusive learned the hard way that Leslie was glad to share.

Gloria Joy tried to tickle her brother into giggling. Dolfrick stoically refused, but he did give her a big hug.

“So you find out your mom’s delivery schedule-”

“There has to be a time when your parents can get away.”

“They’ll drop everything. I’ll make them. I have an in with DipCorps after the KeepOut incident.”

“I love you many stars…”

A few paces away, Jeb, Phineas, and Katika watched with bemused expressions.

“How long have they been together?” Kat asked.

“Four days,” Jeb answered. He’d never admit it, but he thought they were cuter than prairie dogs rubbing noses.

Katika rolled her eyes. Then she opened her arms to hug Phineas. “It’s been so good to see you again,” she told him.

“It’s been good to see you at all. Don’t scare us like that again.”

She turned to Jeb. “We’ll be done with repairs in a couple of weeks. Think you can keep out of trouble until then?”

They lingered there, smiling at each other, enjoying the growing tension of attraction, knowing one of them would break it.

Well, knowing she’d break it. Jeb was too much of a gentleman. Ladies, first, and all that.

Finally, she grabbed his shirt and pulled him down until his lips met hers.

He wrapped his arms around her and bent her into a dip for a kiss worthy of two accomplished captains.

When at last, he stood her upright, she was blushing and breathless.

“Be good, Texas.” She poked his chest playfully, then strode away.

“I’m always good!” he protested to her retreating back.

Then, he winked at his first officer and best friend. “Sometimes, I’m even better.”

As they started back to their ship, Phin asked, with mock longsuffering, “Will this last you?”

“Yeah,” Jeb drawled. “Leastways, until I see her again.”

All systems are running green, and that applies to my crew as well as my ship. It’s a nice feeling. We didn’t get to spend as much time on station as I’d like, but the time we had was well spent. We got a lot done and managed to make some fond memories and new relationships to carry us on our next big adventure.