Ellie and Todd walked down the corridor. Since it was empty, and she wasn’t in uniform, he reached out to take her hand. She squeezed it, smiling. It made his heart skip a little, and yet…

Her smile slipped just a little. “Well, music has been an advantage. The Cybers have never processed it well. But don’t worry. We’ll come up with something. We’re HuFleet. We’re spunky and innovative.”

When they entered the lazivator and its doors closed, he leaned against the wall with an exaggerated groan. “How do you do it?”

“It’s two in the morning. I think we’ve had six hour’s sleep in the last fourty-eight. My brain is mush.”

She giggled. “Oh, my poor Toddie.”

He ignored her to continue whining, “And my feet hurt and my legs feel like we’re in heavy gravity. I don’t want to walk back to my hotel room.”

“So don’t. Stay with me. My couch is plenty comfy.”

She snuggled against his arm. “Pulsie can vouch for us. I’m sure there’s a betting pool going on. It’s important to be accurate.”

“On your virginity? Your ship is so weird.” But he let her walk him back to her quarters, get him a pillow and blanket, and tuck him with a kiss.

He closed his eyes and dozed.

Later, he woke up and tiptoed to her door. He peeked in. She was curled up in her sheets, hugging a pillow, sound asleep. A katt was snuggled against her knees. He opened one eye to peer at Todd, then dismissed him as not a threat.

Todd crept back to the living room, turned on Ellie’s computer, and pulled up the ship’s records of the Impulsive’s past fights against the Cybers.

Todd awoke to the smell of hot coffee and someone poking him on the shoulder. He rolled over to blink blearily at a perky and made-up Ellie. He glanced at the chronometer. 0800

“How long have you been up?”

“A couple of hours. You were sleeping so soundly. I went to the bridge to get some things organized for our leaving tomorrow, then came back to see if you wanted breakfast before we meet for the last Janbot briefing. I also replicated you some fresh clothes.”

“You’re amazing!” He snagged the outfit folded on the table and ducked into the bathroom for a quick shower. When he returned, she’d laid out a standard Neptunian breakfast of muffins and poached eggs on a bed of kale. He dug in, but she watched him, chin resting in her hand.

“Did you learn what you needed to last night?”

A protest of ignorance rose to his lips, but she looked at him with such seriousness, yet no scolding. He set his fork down. “How’d you know?”

“Pulsie told me. I’m not mad. Pulsie would never have let you see classified information. Those logs were need-to-know, and he thought you needed to know. So…?”

She shrugged. “We were getting into a rut. We’ll find another strategy.”

“Because your spunky and innovative?”

She grasped his arm. “Because we have too much to protect.”

Their eyes met. The silence filled with the words they wanted to say.

Finally, Todd dared to voice them. “Ell, there’s something I’ve been wanting to say, and I know it’s crazy –“

His heart leaped joyfully. Their words tumbled over the others:

“Really? Because it seems too soon.”

“But every moment has been so…”

“I can’t go without you knowing…”

They finished in unison: I love you!

They paused then, absorbing what just happened. Then they broke out into giggles.

Then, Ellie gasped, “The time!” and they snatched last bites of muffin and dashed out.

When the coast was clear, Pipes, the ship’s katt, slinked out of the bedroom and hopped on the table to finish the eggs.

This is partly based on my own life. Not the crisis part, but the romance. When I met Rob (my husband of soon to be 30 years), he knew immediately he loved me. It took 10 days for me to get it through my skull, and it freaked me out a bit. We ended up almost saying it at the same time. (He best me by half a second.) 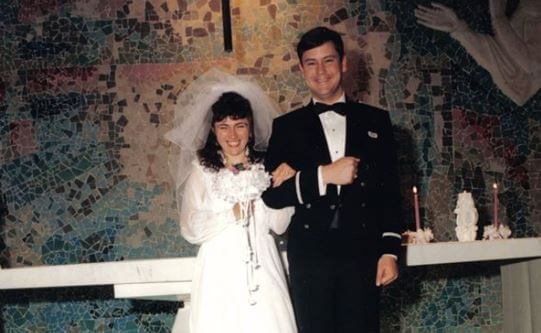