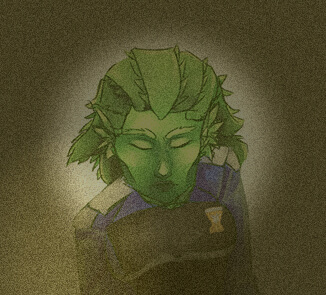 Once again, we find ourselves with the main characters – er, command team – in the conference room around the barbell-shaped table. We have the Captain and First Officer, Enigo (back in uniform), Commander Deary, Lieutenant Sisco, Chief Dour (also in uniform and relieved to not be matching his sister’s outfits), and Todd.

Ellie stood in the “hot seat,” which was in the center of the narrow part of the table, on the side with the viewscreens. She didn’t have anything on the screens today, so all eyes were on her. She wrung her hands with unusual anxiety. She had a hard time looking at her crewmates, especially when Enigo was grinding his teeth in an effort to keep from exploding in anger.

“I’m sorry I didn’t say anything earlier, but I was afraid to. With the Cybersong virus, then the nanites in my head, I had no idea if they were still getting information from us. I didn’t want them to know that we knew.”

“That was smart, Doall,” Enigo said, an automatic reply from a Chief of Security. Then the wounded man in him came through. “But it’s ridiculous! Can we believe this? No offense, but that thing was manipulating you from the start and it was in your head. It could have told you exactly what you wanted to hear.”

“I don’t know. Janbot didn’t say anything, not even a hint, about Loreli until right before it died. I feel like it was trying to make up for what it had done. An apology.”

Sisco spoke up, “All indications were that after the sweet coding Ellie did inside her own head, Janbot was cut off from any outside links. It’s probably why the program faded away. Otherwise, it might have been able to get reinforcement from the Cybersong virus affecting the ship.”

“Or,” Enigo countered, “it was programmed all along to set a trap and used its last words to finish its mission.”

Ellie looked miserable with doubt. Jeb knew exactly how she felt. All eyes turned to him, seeking direction, if only for the next step in the discussion, but he found his brain frozen, reliving those horrifying few minutes:

Dour over the comms, sounding young and afraid. “The beams. We crossed the beams.”

Deary said, “It was the tumble, Captain. We hadn’t received all the data, and when the beam looped in on itself…We’re facing cascading intermixing of the photonic matrix. If we materialize them, every molecule in their body will explode at the speed of light.”

“Put them back in the buffer,” Jeb ordered.

“We can’t. The streams have become too complex. The consoles are supercharging. Get out here, the lot of you, and close the blast door behind you. It’s been an honor.”

“Doall?” Jeb asked. He’d give his ops officer one last chance to pull a miracle, then he was dragging both officers away by their ears if need be.

Ellie sobbed. “Send them back.”

“What?” Enigo roared. “There’s no planet there.”

“It doesn’t matter. The data stream is too confused. Chief, reverse the matter stream.” “No!”

Enigo exclaimed. “No, for the love of God…”

Ellie pleaded to the captain with her eyes.

The Impulsive counted eight seconds to their destruction.

Jeb spoke the words that would haunt him the rest of his life. “Chief, do it.”

Could Loreli really be alive, a prisoner of the Cybers? Oh, Sprout!

Commander Smythe broke the silence. “Did Janbot give any details? How it happened, where she might be?”

Ellie shook her head. “No. Just that she’s alive and the Cybers have her hostage.”

Smythe nodded. “Cybers don’t take hostages. They destroy and integrate the pieces they find useful. I must agree with Lieutenant LaFuentes. It sounds like a trap, at least in intention.”

Jeb pursed his lips, then shook his head. “I’m not so sure. If they meant it as a trap, and for the janbot to send us there, it would have given a few more clues, not just a cryptic warning.”

Enigo was rubbing his knuckles as if reminding himself that the last time he lost his temper, he broke his fist on a wall. He looked from Ellie to Dour to Commander Deary. “Much as I hate to say this, how could this even be possible? You said the teleporter streams had crossed. You said the data was a complete jumble. We sent them back to a planet that didn’t even exist anymore. So how could she be alive? And what about the Doc? Did your janbot Romeo mention him?”

Ellie slumped into the chair beside Todd. “No. Just Loreli. But he only had a fragment of a verse to warn me before he faded. Maybe he couldn’t fit the doctor in?”

Suddenly, Dolfrick looked up, his eyes shining with dark, brooding intelligence. “The Cybers would have the capability to untangle the streams. If they intercepted the signal we sent back…”

Ellie gasped. “The KatHack program! Loreli was probably carrying it. It seemed to trust her.”

“The KatHack program. Kuricrearrogance. That was the whole reason the Cybers were at Filedise. They had come to pick up the program, but it had become sentient and didn’t want to go. Loreli and the doctor were teleporting up with the only copy.”

“How would they know?” Jeb asked. “They would have had to have known we were reversing the signal.”

“Janbot!” Ellie sat up. “He was there, Captain, in auxiliary control. I didn’t think anything of it at the time, with so much going on, but would it matter? All the ships were destroyed in the explosion and the fight.”

“Were they?” Enigo tapped the table before him and a replica of the security console came up. His fingers raced over the keyboard, pulling up the sensor logs of that day. They waited.

“We missed one,” he murmured, then with a laugh that may have masked a manly sob, he said, “We missed one! Keptar’s cheek, Captain! She could be alive.”

Jeb held up a hand, as much to calm his own excitement as that of his people. “It’s an incredible longshot, and we don’t have enough information to do anything about it, anyway. We’re a HuFleet ship, and we can’t go haring off on a wild goose chase, even if it is for one of our own. I want information and a plan I can take to HuFleet Command. If you need someone in particular, discuss it with Commander Smythe and Doc Sorcha. Let’s respect shore leaves as much as possible. I want a 12-hour recall window on anyone leaving the station, but otherwise, if we don’t have to have them here, let them go. We’re not going to rush this. If they have our people – and it’s a big “if,” – then we need to be at our best if we’re going to get them back.

He turned to Dolfrick, “Chief, you feeling up to returning to duty?” It was a formality since Dr. Sorcha had cleared him that morning.

“I am eager to return to the arms of my mistress and coax her to reveal her secrets to me. If indeed, the Cybers tasted of her virtues, I shall uncover it.”

Translation: I want to figure out how the Cybers hijacked the teleporter streams.

“Welcome back, Chief. However, I understand from your sister that you’re helping her with a show she wants to put on for the crew. You make time for family, got it? Same for you, Lieutenant LaFuentes.”

With a chorus of “aye, sir”s, the briefing broke up and everyone went their ways. When the others had left, Phineas rose, squeezed Jeb’s shoulder, and headed to the bridge.

Jeb turned to the window. It faced away from the station, and without the need for shields or the interference of speed to blur the objects of space, the screens showed the actual starry skies. Without a sextant (a highly technical device that held the star charts of the mapped universe along with directional tools), he couldn’t tell which way lay the ruins of Filedise. Not that it mattered; the Cyber ship had had weeks to travel. It could be anywhere.

Please, he prayed. There was no grabbing of his butt, no appeals to Keptar. Just the raw cries of his heart. Please, let it be true and keep her safe ‘till we get her back.

We’ll find you, Sprout. I swear.