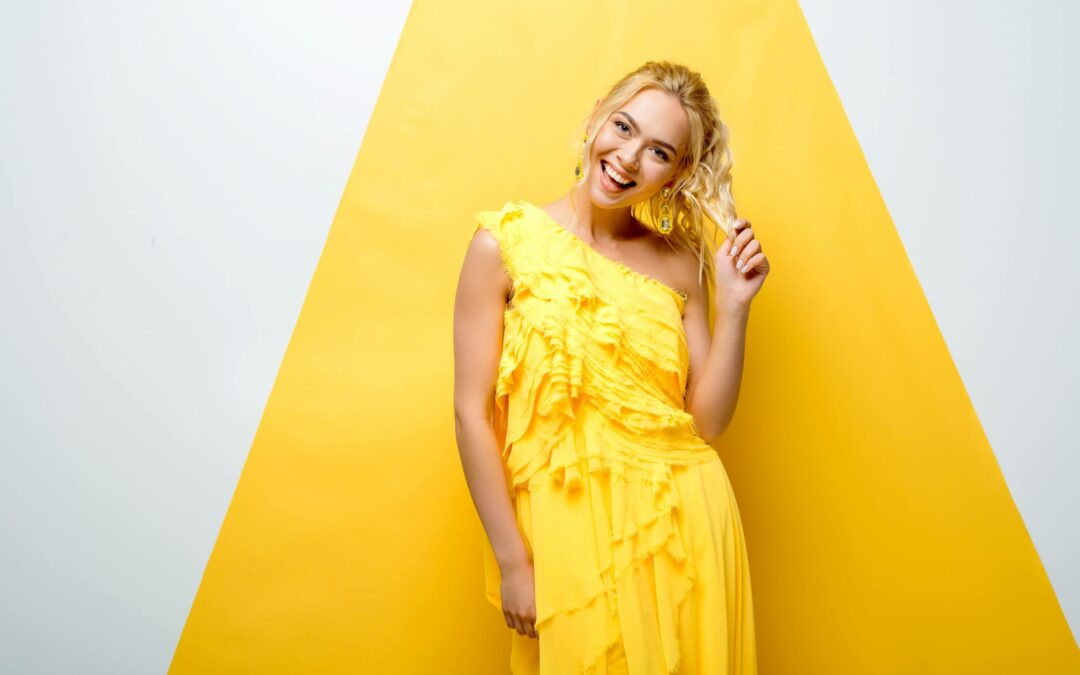 Remember how Dolfrick kept appearing and disappearing in the last episode? Now we learn why. We also get to meet his sister!

Shore leave and the resulting down time will also give the crew some time to truly process the loss of Lieutenant Loreli, our ship’s xenologist and Ship’s Sexy. Some are having a harder time than others – in particular, Transporter Chief Dour. Since the accident, he’s been teleporting himself around the ship. We originally thought that he was testing the transporters, but after he accidentally teleported into Lieutenant Doall’s shower while she was in it, we realized he has a problem.

Doctor Sorcha said ‘tepping,’ is a mental illness sometimes found in teleporter experts, a kind of self-harm without the actual harm. This is not his first time dealing with this issue, and we are concerned. He is in Sickbay under observation but has refused to talk. Fortunately, there’s someone on the station who might be able to help.

“Captain,” Minion Jenkins said, “May I introduce to you, Miss Gloria Joy Dour.”

Captain Jebediah Tiberius smiled welcomingly at the graceful, vivacious woman who walked into his ready room on the arm of Minion Jenkins, but only because years of practice enabled him to keep his surprise form showing on his face. This was Chief Dour’s sister?

It wasn’t just that she was beautiful – Dolfrick himself was attractive enough for his gender – but more that she was conspicuously so. Jeb knew the type growing up in Texas. Gloria Joy Dour worked at being the kind of beauty that turned heads without spoiling hearts, that made certain female-attracted beings want to put her on a pedestal while making those not so romantically inclined just want to be besties. Minion Jenkins’ happy ease around her suggested she was also as gracious as she was lovely.

She gave LeRoy a last wave as he walked out, then turned her full attention to the Captain, giving him her hand. “Such a fine young man, a credit to your ship. I can see why Dolfrick was so pleased about this assignment. But of course, you know how wonderful your ship is, and I think you’re not the kind of man who wants to bandy about with small talk. So please, what’s happened to my big brother? I must admit, I’m surprised not to see your doctor here, too.”

“Dr. Sorcha is unable to leave Sickbay,” Jeb started but paused as Gloria Joy went pale and sank into a seat.

“Is Dolfrick that bad?” she asked.

“No, No!” He took the seat beside her and clasped her hands in his reassuringly. “Our doctor is the emergency photonic medical technician. She can’t leave the holo emitters on Sickbay. Your brother is confined to Sickbay for his own good and the peace of mind of the crew, but he’s… well…”

Jeb shrugged and nodded. Briefly, he explained to her how Loreli died in a transporter accident, leaving out all the classified details. Most people in the Union did not know that the Cybers were behind the bizarre reprogramming of the replicators or the sudden dissolution – almost literally – of the planet Filedise from which nearly all replicator patterns come. Certainly, they did not need to know that Filedise had in fact been hired by the Cybers to create a program unlocking the secret of human success as a race – a quality they called kuricrearrogance.

Yep, Jeb left almost all of that out, and if you are confused, then may I suggest going back to Episode 7 and catching up? It’s worth your time, promise.

For the rest of you, let’s move on.

“It’s not often we lose a crewman on this ship, and even more rare that we lose a protag – a prominent member like Lieutenant Loreli. It’s hit all of us hard, but…”

“…but Dolfy runs the teleporters. I think I understand. May I see him now?”

“Of course.” They rose, and she took his arm just as she had taken LeRoy’s.

As they walked to Sickbay, she turned the conversation to his job and dreams. Jeb found himself just as charmed as his security minion had been.

Dr. Sorcha met them at the door of Sickbay. Unlike many Sickbays, there is a small alcove between the corridors and the patient beds. I mean, seriously, who wants to walk into Sickbay because of the sniffles and interrupt someone undergoing surgery or lying in bed after having been mauled on a disastrous away mission to a seemingly ideal Class M planet whose one indigent predator species has a thing against red shirts? So, the alcove, which has a waiting room, a doctor’s office, and a ready supply of tissue.

Gloria Joy gasped as she took in the hologram. “My goodness! You’re gorgeous!”

The doctor bowed her head in acknowledgment. “Appearances are important for my secondary function as ship’s sexy. I shall pass your compliments to our Chief Engineer and Ops Officer, who programmed me. Has the Captain briefed you on your brother’s situation?”

“Yes. I didn’t want too many details. I’d rather Dofrick tell me himself. They say that opening up is the best treatment, and it’s harder if I go in with preconceived notions.”

Dr. Sorcha’s expression changed to one of admiration. “I agree. He has been in a catatonic-like state for several hours.  Have you had psychiatric training?”

“Oh, only for my job, which involves quite a bit of consoling people, let me tell you. But I also know my brother. I do hope you won’t mind if I’m not ‘textbook’ in my approach.”

“I am interested only in results,” Dr. Sorcha said. “I am here to advise, but I won’t interfere. Are you ready to see him?”

At her assent, the doors opened.

Teleporter Chief Dolfrick Dour lay on a bed at the far end of the room, unmoving. He wore his black ceremonial robes. His arms were crossed over his chest, as if in anticipation of the coffin, and he stared unblinkingly at the ceiling.

The Goth teleporter chief turned his head and sat up. “What? How… Why?”

With a final skip, Gloria stopped in front of him and hugged him. “It’s me! Gloria Joy, silly. And I boarded through the airlock. I’m still your pure, undefiled little sister.” She held out her hand as if expecting him to examine it for any signs that she’d been ‘defiled’ by a teleporter. Despite his confusion, he cradled her slender arm in both of his hands and peered at her skin.

“As for why, to see you!  I’m on the station with a few of the Miss Universe finalists to do a variety show for the staff, and I heard you were feeling even more gloomy-doomy than normal, so I dropped everything to come turn your frown upside down. I’m starving! Why don’t we go to the cafeteria or whatever you call it, and get some lunch, and you can tell me all about it?”

Dolfrick glowered at her as if a storm were brewing and his frown was the only umbrella he’d get. He let her arm drop. “I have no intention of taking you anywhere public, much less our mess so you can consume half a salad.”

She tsked. ”I’m not seventeen anymore, Dolfin. I eat the whole salad, with protein.”

“Congratulations on your newfound decadence.”

“And you can’t get rid of me that easily. In fact, your captain said I can stay as long as I want. Didn’t you, Captain Jeb?”

“Captain Jeb” found himself grinning. He had three younger sisters, and Keptar’s crack if Gloria Joy didn’t sound like the youngest. Now he understood why his dad often hid a grin. “In fact, I have.”

“I cannot be ordered to talk to you.” Dour’s pronouncement came like a death knell, and following that, he again reclined, resting his hands over his chest.

After a moment, Gloria Joy sighed and started pulling at his robes.

“What are you doing?” he snarled.

“Well, if you are going to lay in state, you ought to at least do it without wrinkles. We wouldn’t want Your Mistress to think you were getting sloppy.”

His jaw worked a moment, then he spat out, “Thank you.”

She continued fussing a few moments longer, anyway, then wiped her hands. “Much better. Now, I’m going to get myself a Flausian salad with extra kirfbird, then I’ll catch you up on everything you’ve missed. Uh, Doctor, where…?”

Dr. Sorcha had already materialized her order in a replicator and brought it to her, along with a chair and one of those funny wheeled tables that fits over the bed and whose design has been so useful in hospitals, that no one has significantly changed it in centuries.

Gloria Joy clapped her hands in delight. She sat primly and stabbed at the leaves with a fork, speaking cheerily between bites. “So, let’s see. I think I mentioned we’re here for a variety show, right? This year, part of the competition is to take every contestant on the road for a few weeks to entertain in a variety of venues. It was my idea, actually. It’s like I always said, ‘the most important part of being Miss Universe is in the wide range of beings whose lives you touch…’”