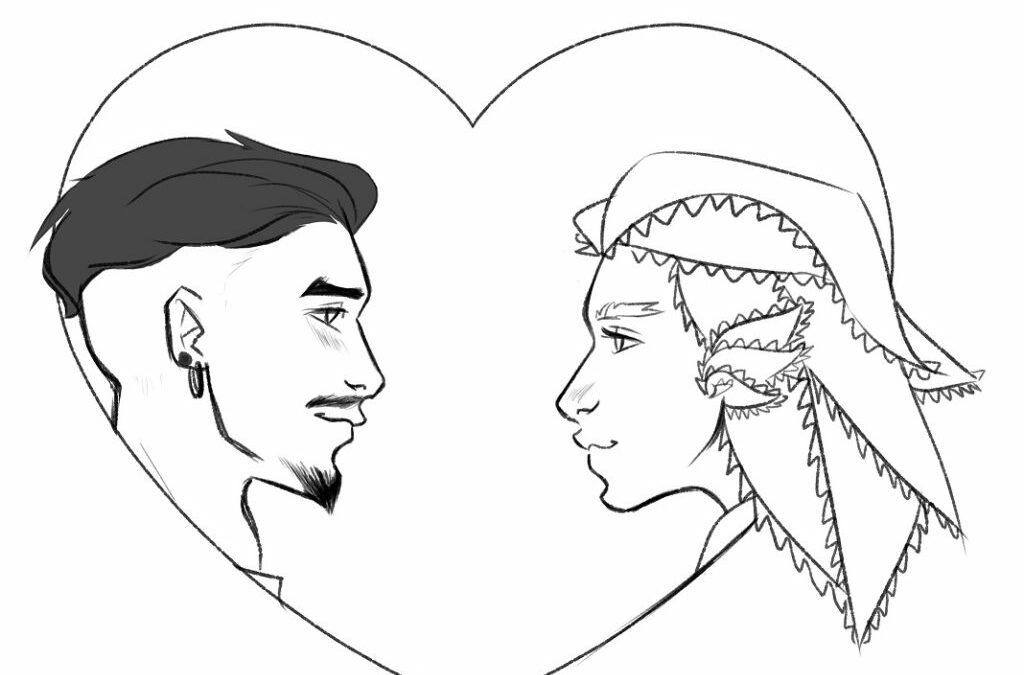 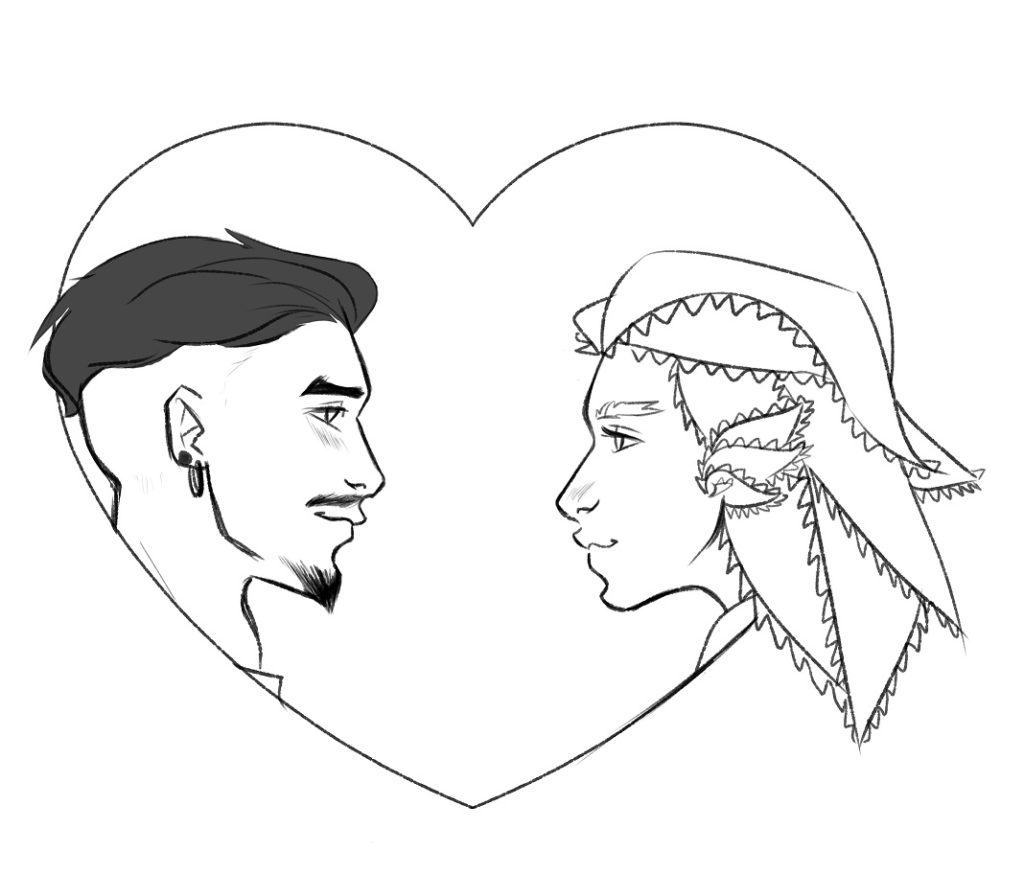 After taking a long shower and applying some hair gel herself, Ellie was ready to share her findings with the group, but neither Loreli nor Enigo answered their comms.

It is late, she thought, but they were on a deadline, so she went to Loreli’s quarters. She rang once, then again, and was about to give up for the night when the door opened.

“Ellie! What a surprise,” Loreli said. Though her voice was warm and welcoming as always, she nonetheless blocked the doorway and did not invite her friend in.

Ellie shrugged in apology. “I know it’s late, but I just got back from Engineering, and… What’s that?” Despite herself, Ellie started to point.

Behind Loreli, a uniform shirt in Security red was draped over Loreli’s resting pot.

“Won’t you come in?” Loreli said hurriedly and pulled her inside. The automatic door seemed to slam shut behind her.

In front of them sat a shirtless Lieutenant Enigo LaFuentes.

Ellie gaped. Maybe she’d been zapped one too many times in the Jeffries tube?

“Hey, Doall,” Enigo said as if there was nothing unusual about his being half-naked in the quarters of the Ship’s Sexy. “We were just—”

“—examining his tattoos!” Loreli finished smoothly but a little too quickly.

Enigo did have an impressive set of tattoos, from the words PAIN and FEAR spelled out on his knuckles to the very realistic depiction on his chest of a Dread Oog getting its teeth knocked out by a human. One shoulder, side, and arm were covered in intricate designs, the tattoos given him by Ta Pala Chawa when they rescued her people from the generation ship Lone Star.

“Yes,” Loreli said. “The Paleos believed they had prophetic qualities, so we thought…” Her voice trailed off and she looked at Enigo, who shrugged.

Fortunately, Ellie’s mind had not been damaged by electroshock or teleporter beam but was just as sharp yet oblivious as ever. “Do you really think we might find some answers to our current situation in an alien race’s language?”

“Worth a shot?” Enigo said and did an arm curl while flexing his pecs. “What do you ladies see?”

What Ellie saw was a situation as intimidating as the chompers. “Um… Maybe I’ll just leave it to the experts? Shall we meet tomorrow?”

Once again, she found herself escaping an uncomfortable situation, less rumpled, but just as frazzled.  She started down the hall, then paused and looked back at the door to Loreli’s room. Why were they studying his tattoos in her room?

Could it be..? She shook her head, dismissing the thought and decided to turn in for the night. Tomorrow was another day with a lot of expectations she needed to fulfill.

Loreli leaned against the door with a sigh. “Do you think she suspects?”

Enigo laced his fingers behind his head and leaned back. “This is Doall we’re talking about. The Miracle Worker of the Impulsive when it comes to solving problems, but not always the sharpest when it comes to spotting relationships right in front of her. I don’t even think she realized Fle’ek was into her.”

“Still,” Loreli toyed with a frond that passed for her hair. The tips were still pink. “Relationship Regulations 2-heart-shockedface-smiley-point-a requires the big reveal be preceded by getting caught in a compromising situation resulting in rumors. Were we compromising enough?”

Wearing a grin that was both gentle and sly, he pulled her into his arms. “Non te preocupara. All she’s got to do is mention it to one of my security team, and they’ll put it together.”

“If there haven’t been bets placed and won by the end of the week, someone’s getting shot,” he reassured her.

Giggling, she snuggled into his embrace, marveling how he could be so violent and so tender at the same time.