The frustrating part about doing a serial seat-of-the-pants style is that sometimes too many characters want a say and the whole thing gets too complex. For example, I had a very nice backstory for Deary about having grown up on Filedise and escaped, which made him a good source of information. He had a mentor, Mad Leavy, who helped him get off-planet and everything Leavy was going to be a Corporate Survivalist. It was going to be great fun… 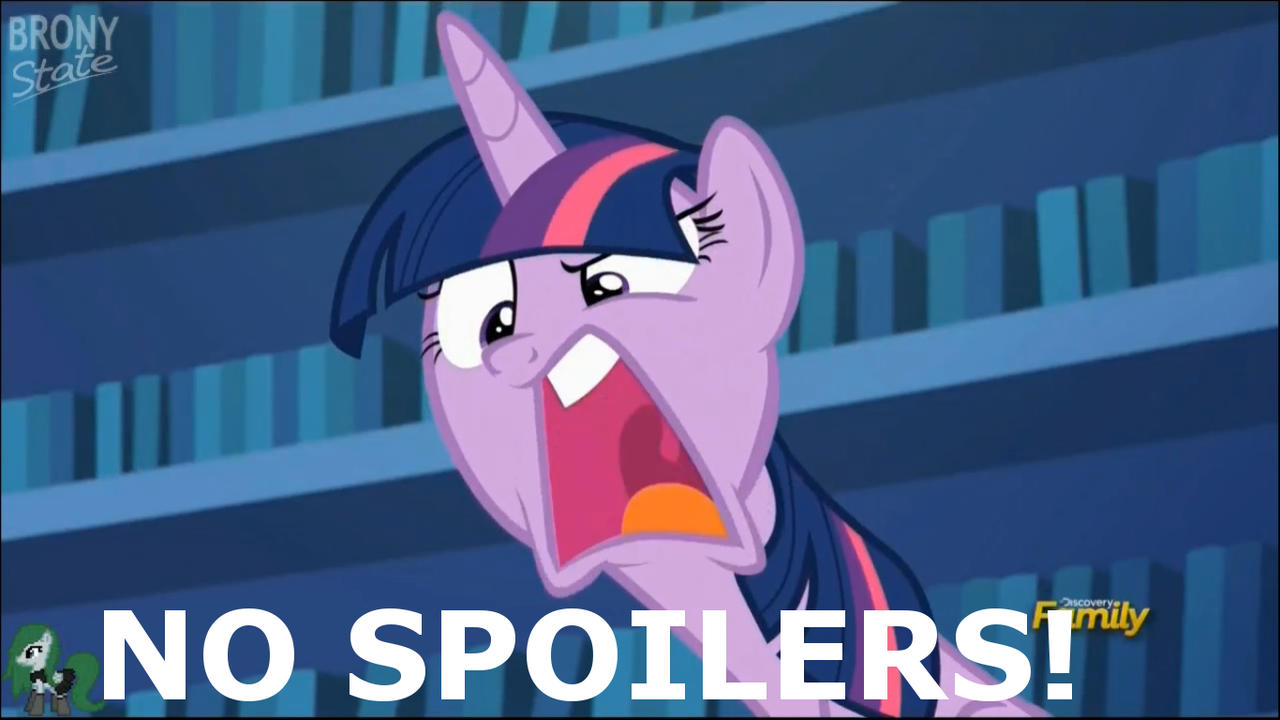 …played their role. So by part 9, it was turning into this big tangled ball of twine that was more trouble than it was worth. So I had to go back and change a few things, which is vexing and why I’m complaining even though this is what some writers do all the time…at least when the plot isn’t working out.

But really, it just gave me an excuse to put in a tease and an MLP meme.

When last we met, Doctor Guy Pasteur – who has gotten more screen time in this episode than the six prior – was having a hard time sharing with the group about his homeworld, to the point that he was chewing his own cheek off in an effort to not divulge any information, secret or otherwise. Loreli realized he was under some kind of conditioning, and wanting to save Pasteur from a painful deconditioning at the hands or phasers of Enigo, turned to Ellie for ideas.

Fortunately, Ellie had taken “Common Psychiatric Solutions for Any Psychological Problem” during a summer at the Academy. As it turned out, Dr. Pasteur had done some research on the topic and knew the exact dosage of imposazine to induce a relaxed, altered state of consciousness. The three gathered in sickbay. Jeb had joined them because it was what Captains got to do. The doctor sat in a reclining chair and they’d set the lights low except one slow swinging bulb that Doall refused to look at, just in case.

“Of course,” Guy slurred from the relaxed state and the mouthguard he wore, “I’m not sure how well it will work. My people do a thorough job of aversion therapy.”

Loreli set a hand on Enigo’s arm to forestall his snarky reply. “We’ll go easy. You mentioned ECSOPs. Can you tell us about that?”

“Emergency Customer Success Optimization Protocols. They’re no fun. Everybody’s on lockdown – you work or go straight home. Everything gets audited – no file unchecked, no process unexamined…”

Guy’s head lolled in a nod. “Mandatory Quality Sprints that went for hours. Why call them a sprint if it goes for hours? I worked ER during the Coldorathan quality control crisis. A whole shipment of furniture files went out without holes for their tails. ECSOP3. We were treating bleary eyes, caffeine overdoses, carpal tunnel…”

“Will they be on ECSOP now?” Loreli cut him off.

“ECSOP1,” he murmured. “If they can’t locate the source of the error, they’ll destroy the planet.”

Suddenly, he eyes cleared to full sober consciousness and he jumped to his feet.

“By commerce! They’ll destroy the planet and everything on it!”

“The errors started showing up two weeks ago,” Ellie said, fighting the dread that did whatever it is dread does when you realize you might be too late. “How long would they wait? Could they already have…?”

The doctor shook his head. “We spent a full month on the Coldorathan crisis and that was a half dozen files on lawn chairs and couches. Still, if they come to the conclusion that they cannot resolve the issue with 100 percent customer satisfaction…”

The doctor glared at her haughtily. “We don’t outsource.” Then he yelped as, despite the mouthguard, he tried to bite through his already tender cheek.

The captain, who had been content to let his officers handle things until now, heaved a sigh and said, “Captain to Engineering. Deary, I’m not asking if you can go faster…”

Over the sound of clanging and what sounded like a rudimentary lathe, Deary said. “I’m doing what I can, but if I can have anyone with even minimal levels of engineering experience to come man the control panels while my team goes to work, I might get us there a few hours sooner.”

“Whatever you can. I’ll have Commander Smythe set the assignments. In the meantime, I’m sending you Doall.”

Doall nodded acknowledgment, but only years of training in front of a mirror kept her from biting her own cheeks in nervousness.