One of the cliche’s I hate is when someone starts to sense danger and blows it off as their imagination. I hope you like how HuFleet handles it. 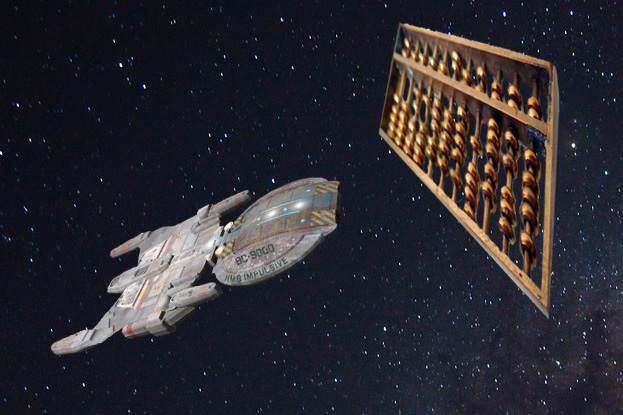 Jeb decided to compromise by talking to Bobby first. The younger Seip brother opened the door in a bathrobe, his hair wet and a towel around his shoulders.

“Showers!” he exclaimed like a child discovering an exciting new pastime. “I’d only read about them in the history books. All this luxury – and abundant water, too!”

“Glad you’re enjoying your stay,” Jeb said drily as the author took a risk of having this sentence bandied about in one of those “You won’t believe what these high school students wrote” memes. “I need to talk to you about your brother.”

“J.R.? Is he okay?” Bobby stopped rubbing his hair, and there was an edge in his voice that put Jeb on Yellow Alert.

“I just want to know what kind of man he is.”

Bobby sighed and sat down on the arm of one of the “luxurious” chairs. “Charming, motivated, super-smart. Also driven, conniving…”

Bobby rubbed at the bruise still darkening his clean-shaven jaw and smiled wryly.

Bobby jumped up so fast, the towel fell off his shoulders. (Don’t get too excited. He had a robe on.) “What the – where did that come from?”

“My men just tore him off Ellen Sue.”

“Is she all right? Okay. Good.” He started to pace. “I… No. I mean, they’ve had their rows. One time, they woke up the whole corridor…but hit her? That’s not like him. Yet… I dunno. Never mind. It’s stupid.”

The hairs on the back of Jeb’s neck rose. He knew what that meant, thanks to the Actuaries.

Nearly a century ago, a Union ship happened upon a planet where the sapient species was on the way to extinction. It wasn’t disease or ongoing war but a kind of inward focus and malaise that had caused the population to simply stop reproducing.

The species, dubbed the Actuaries, lived for statistical research and reducing risks. Unfortunately, they’d done such a good job reducing risks that they’d run out of things to study except why their species was too bored to breed. So everyone lived long, secure, and incredibly unmotivated lives.

Then came the Union, and specifically, the human race, who are anything but dull and secure. The Actuaries found new meaning to their lives. After only a few years, they also realized it would take generations to figure out humans. Their population experienced its first baby boom and has been thriving since.

What’s this got to do with Jeb’s neck hairs, you ask? Well, one of the most useful studies the Actuaries have done was of every starship disaster ever to disable or destroy a human starship. They came up with the common warning signs of every major calamity had in common – from alien invasion to unidentified virus. On that list was someone on the ship or away team declaring any version of, “Never mind. This is stupid.”

Jeb cleared his throat. “Why don’t you let me be the judge of that?”

“No, seriously, it can’t mean anything. Probably my imagination.”

Jeb sighed. Statements Number 4 and 7 on the “likely indicators of starship crisis” list. Every first year cadet knew that if you were having such thoughts, you went to the doctor, the chief of security or the captain and you did not hold back on the details. “We’re family. Humor me.”

“Well, when I first saw him, he seemed like he was slouching. J.R. never slouches. I thought I was mistaken, but then when we were walking to our quarters, he was walking funny, too. Now, you tell me he was violent. I dunno. Maybe he was hit in the head?”

Could a concussion make him into a maniacal superpowered rampaging maniac with hidden knowledge of the ship’s systems? Not in Jeb’s lifetime, anyway.

“Thanks. Why don’t you get yourself dressed? I’ll have a medic check out J.R.”

With a reassuring smile, he left the room. The smile faded to a taciturn but strong expression once the door shut behind him. He tapped his communicator as he strode to the bridge. “Smythe, put the ship on Quiet Yellow and Intruder Alert. Cut off computer access to our guests’ rooms except for the basic Union history files. And have Doall consult the Actuary tables. We may have Four-Seven. I’ll be in Sickbay consulting with them.”

“Blimey,” Smythe swore, and Jeb heard him call out the orders. “Shall I start porting up the Away Teams?”

Safely alone in the lazivator, Jeb allowed his frustration to show. “No? Alright, Chief, what’s your mistress telling you?”

Dour said, “Her portents are unclear, but we may have an imposter.”

My apologies for missing a couple of weeks. The new job is throwing me off my groove. I’m loving it, though. One minute, I’m interviewing the VP of a major news conglomerate for a case study, the next I’m making memes with golden retrievers.I’ll be better about this, though. I already have 2 more episodes dreamed up…which will explain why next week’s starts the way it does.

If youj’re enjoying the stories, why not  join the Facebook Page? And be sure to sign up for the RSS feed to get notices when the next segment goes live.