Hope you-all enjoyed the filler episode. Isn’t Janbot the cutest? I actually got propositioned on Facebook because someone saw my “sweet smile on your profile picture” and just had to reach out. Of course, that was a picture of Janbot, the sly mechanical dog of romance!

Missed an episode, or eager for re-runs? Find the links here. 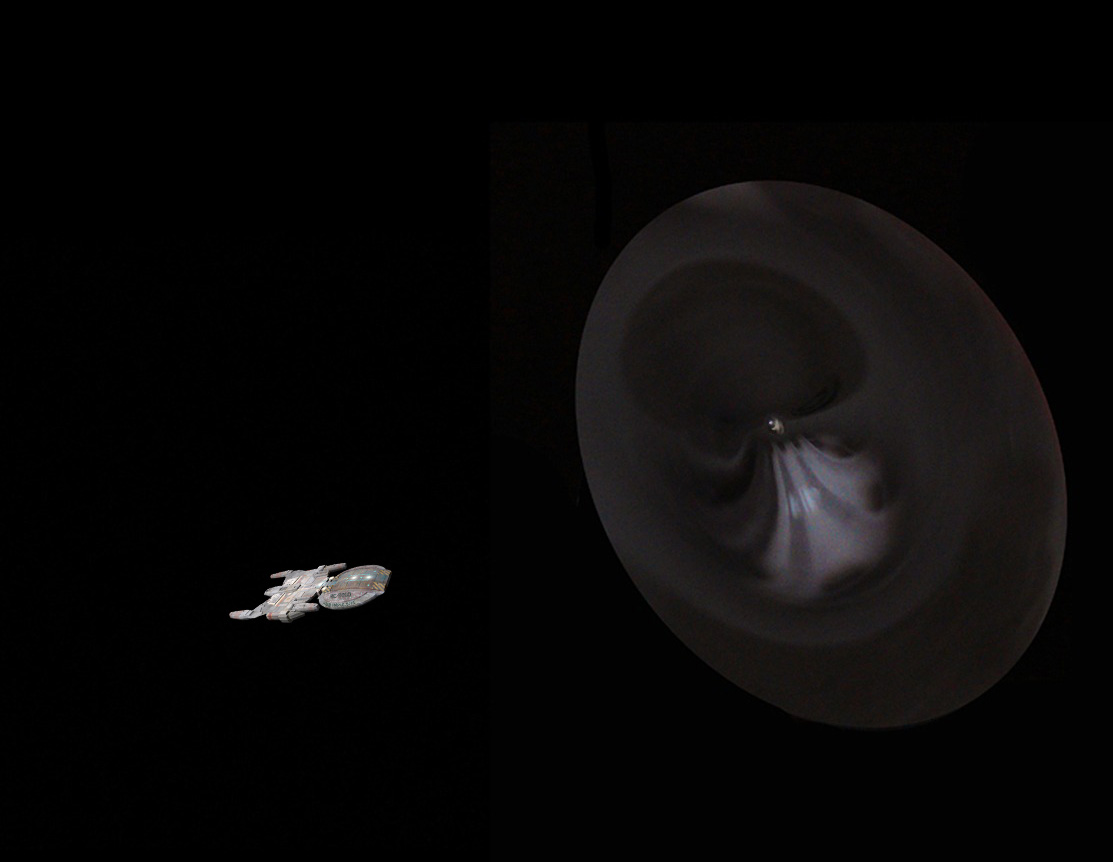 The Impulsive is on route to Hydra Epsilon Six, which is a terrible name for a planet, but I’m sure we’ll come up with something better soon. A Union deep space traffic hazard probe investigating an anomaly there sent back some unusual readings. If Union Central is correct, we may have found the generation ship, The Lone Star, which was lost over three hundred years ago. We are to investigate and, if possible, make contact with or recover the craft. I haven’t been this excited about a mission in a long time, as it represents a bit of family history for me, as well.

Jebediah Tiberius, Captain of the HMB Impulsive and a Texan through and through, leaned forward in his seat as he watched the stars race by. It wasn’t really the stars, so much as a computer simulation of the scene in front of them. The real view was more a hyperactive rainbow kaleidoscope of space dust and radiation impacting on the deflector shields as the ship sped through space at a pace that would make a sane man blanch if he thought about it. And while “sanity” was a questionable attribute for most members of HuFleet, they nonetheless found the simulations more useful. So, white stars streaking by in a black field, occasionally interrupted by a cloudlike nebula, beautifully if inaccurately colored to show different gas types and to make good future screen savers.

“Are we there yet?” Jeb asked.

His helmsman, Lieutenant Cruz, spun in his seat, which was fine, since they were on autopilot at this point. “You did not just ask me that again. Mama mia!” He returned his attention to his console, muttering in Italian about how they’d get there when they got there.

From the security console, Lieutenant Enigo LaFuentes said, “Maybe you shouldn’t be too eager, Captain. If this gen ship is anything like The Hood, you could be in for some serious disappointment – if it even survived.”

Around them, others nodded sagely. The Hood was a sister ship to the Loan Star, one of twenty generation ships sent to potential habitable planets early in the human history of interstellar space travel. Of the ships, only two found habitable and uninhabited planets for colonization. Seven, including Lone Star, simply disappeared. Five met disastrous ends in the dangers of space, and two were captured by hostile aliens. One lost all its crew to disease; another to starvation when its food supply systems gave out. One, however, happened upon a Union ship, resulting in Earth joining its ranks.

The Hood, however, fell to gang wars that continue even today. The ship roams from planet to planet, stopping only long enough to pick up supplies and weapons before continuing on its way as its 600 – 1000 inhabitants (depending on the year and severity of the feuds) battle for control of the ship and its destiny. Now and again, someone in the Union thinks they should do something to separate the warring gangs, but at this point no one wants them, and giving each their own gen ship would be the equivalent of arming each with planet-killing weapons. Besides, sometimes something good came out of the Hood, like the InstaStitcher, which can bind even a gut wound in three minutes or less.

And, of course, it produced Lt. LaFuentes, one of the most capable security officers in HuFleet. In the three days it’d taken to get to Hydra Epsilon Six, he’d run his security teams through several simulations and worst-case scenarios, basing them on his youthful memories of The Hood. The InstaStitcher had overheated four times already.

“I’ll keep it in mind, Lieutenant, but I don’t think that’ll be the case. You gotta remember; this ship was funded, built, and manned by Texans. We’re a pretty solid, unified lot. Besides, there were a lot of Seips on that ship; be good to know what happened to them.”

“Yep. Kin on my momma’s side. The Spacefaring Seips. They put their oil money into the space industry in the early Earth 2050s; they owned most of the Lone Star. They were a keen and ruthless lot; they wouldn’t have let civil war ruin their investment – or a pesky space anomaly, for that matter. Still, even if all we find is a husk, it clears up a missing branch of my family tree – no offense, Loreli.”

Loreli, the xenologist and ship’s sexy, smiled. “Of course not. I always thought the idiom amusing and complimentary, along with all the meanings of the human word, ‘roots.’”

“Well, I’m glad you were able to pull up your roots and join us on the bridge once more. We missed you,” the Captain told the beautiful, plant-based woman, and the crew (particularly the men) heartily agreed. In addition to her regular duties, the ship’s sexy was to remain unbelievably attractive and unattainable. She inspired the men and provided a welcome respite for wandering eyes, allowing the other women on the crew to get on with their jobs.

Alas, the men had no equivalent of a ship’s sexy. They all had to stay trim and buff and attractive; fortunately, most women didn’t need eye candy to work at top efficiency.

Loreli treated everyone to her signature smile, the one that made men’s chests puff out just a bit. She’d gotten top marks for it in sexy training, and practiced it regularly. Her body was really the result of good pruning; the human expressions, however, needed regular exercise lest they become (pardon the expression) wooden.

While this amusing aside that was mostly to introduce some of the main characters of the episode happened, the Impulsive reached its destination. Cruz stopped the ship in front of what the screens showed to be a kind of wormhole, although the usual gravitational forces were not at work. The screen, therefore, showed only a slightly transparent darker spot in space rather than a matter-sucking void. From Ops, Ensign Ellie Doall explained this, adding that the odd readings the probe picked up both led into the void and emanated from it.

“The Lone Star’s sensors would not have been as sophisticated as ours,” she said. “They may not have seen it and crossed through. I’m getting some faint readings now… Sir, I think the ship is still there and functioning!”

Jeb twisted in his seat, grabbing the arm of his chair with one hand. With the other, he grabbed his butt, according to his new religion, Keptarian. “By Keptar’s cheek! They’re alive?”

Doall frowned, and not just because her Captain was massaging his hiney. “I can’t pick up life signs from here, and I think I may be picking up transmissions, but I can’t tell if they are human or intelligent, and not just some automatic signal. Plus, there’re some weird radiation bursts… Captain, I think it’s weapons fire!”

You know the drill. If you need more ST:HMB fun, join the Facebook Page. And be sure to sign up for the RSS feed to get notices when the next segment goes live. See you Wednesday.