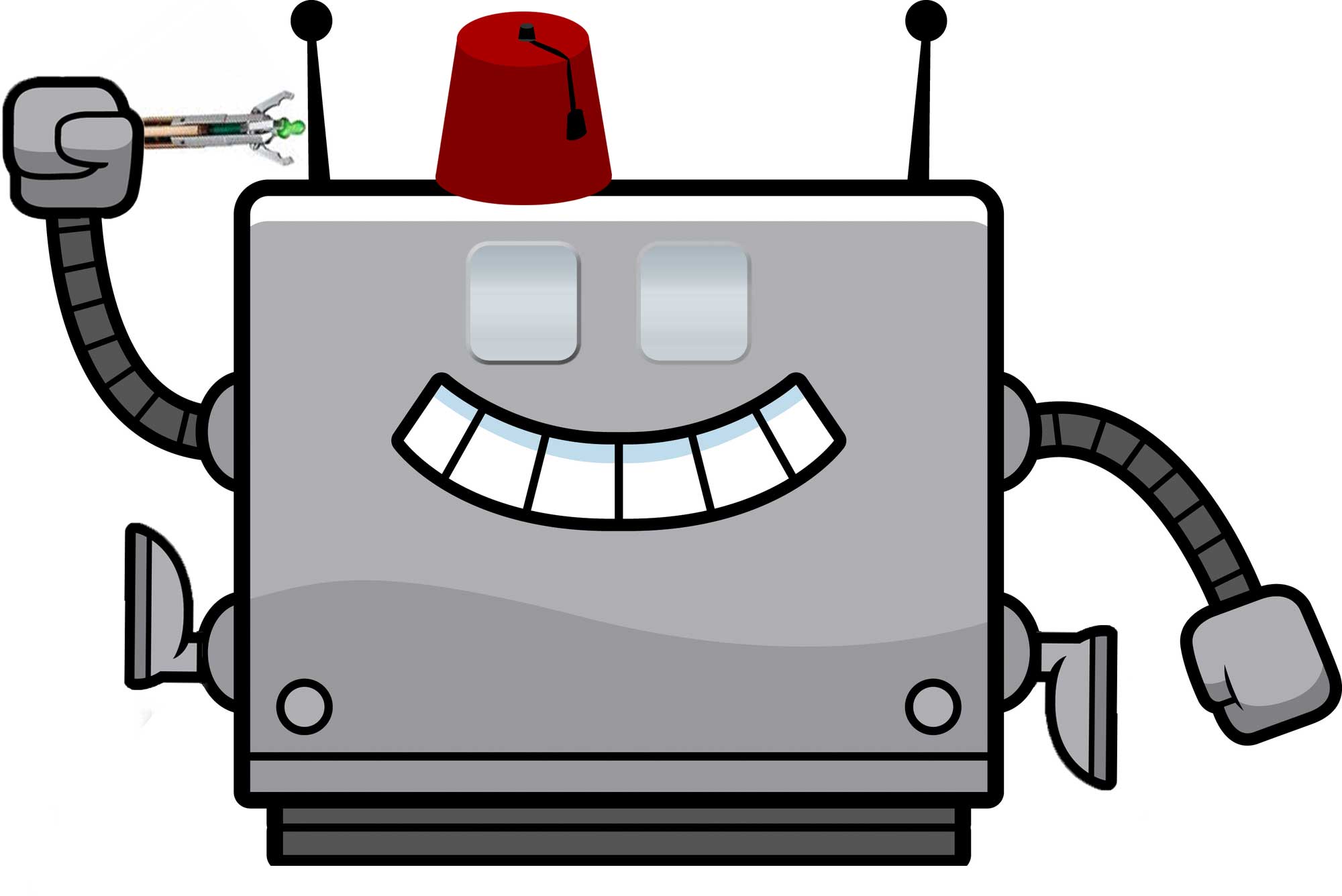 Janbot zipped into the XO’s quarters. Like the teleporter room, the lights had been dimmed, but there were no candles. Rather, a wall screen illuminated the room with the playback of an ancient drama. Commander Phineas Smythe sat alone watching, slouched, his feet up on the desk. He wore a brown pinstriped suit, and red Converses that matched his fez.  His bowtie had been loosened, and a saucer of tea rested on his sternum.

Smythe gave the little robot a passing glance and made a shooing motion to the bedroom. He had a dark pattern on his face; janbot did a discrete scan and found it was made of temporary inks. The computer showed it to be bad facsimile of a Mahoran tattoo worn by a fictional character called 34th Doctor and assured him it was harmless. Janbot scurried away, tending its duties as the drama played on.

“Ownership enough,” Smythe repeated and sniffled. “Damn if that doesn’t get me every time.”

“You blighter,” Smythe said, “Just listen for once!”

Janbot knew the commander wasn’t speaking to him, but to the characters on the screen. However, it was not a holonovel, so the characters did not reply back. Rather one started yelling at a third character to go back to Hell. It wondered briefly if that wasn’t redundant, since Hell was descending upon them all, anyway. Its logic circuits decided it had to do with the broken link, but it knew better than to question a dramatic plot. It also knew with some kind of instinct of programming that it would be a bad idea to interrupt the commander while he was watching and talking to the screen.

By the time janbot had finished the other rooms and put a mint on the pillow, the character on the screen was going on about not wanting to die and Smythe was begging him not to go. Janbot tooled around as quietly as it could, sweeping up and incinerating used tissues.

As janbot completed its task and made the threshold, Smythe paused the screen. “Janbot, did you find any suspicious foreign elements in your cleaning of these quarters?”

Dust, tears, snot, some spilled tea… It booped a negative.

Once it was back in the corridor, it wondered what it had done, then dismissed the concern. Whatever it was, the commander had been pleased, it was sure.

Of course Smythe would be a closet Whovian. The 10th Doctor is my personal favorite, though Smythe will probably consider 36th a close second, even if it did take some getting used to seeing him as an Ood. I think Smythe might have gotten into a few late-night arguments about whether the Doctor should have changed species so easily. Probably a few arguments were fueled by trollbots, but let’s not tell him that.

Incidentally, these scenes may be out of order.