I hope you’re having fun with these vignettes. I’ve enjoyed writing them. It’s nice to introduce some characters, too, like Minion Jenkins. He’s here because my kids think he’ll make an excellent redshirt. 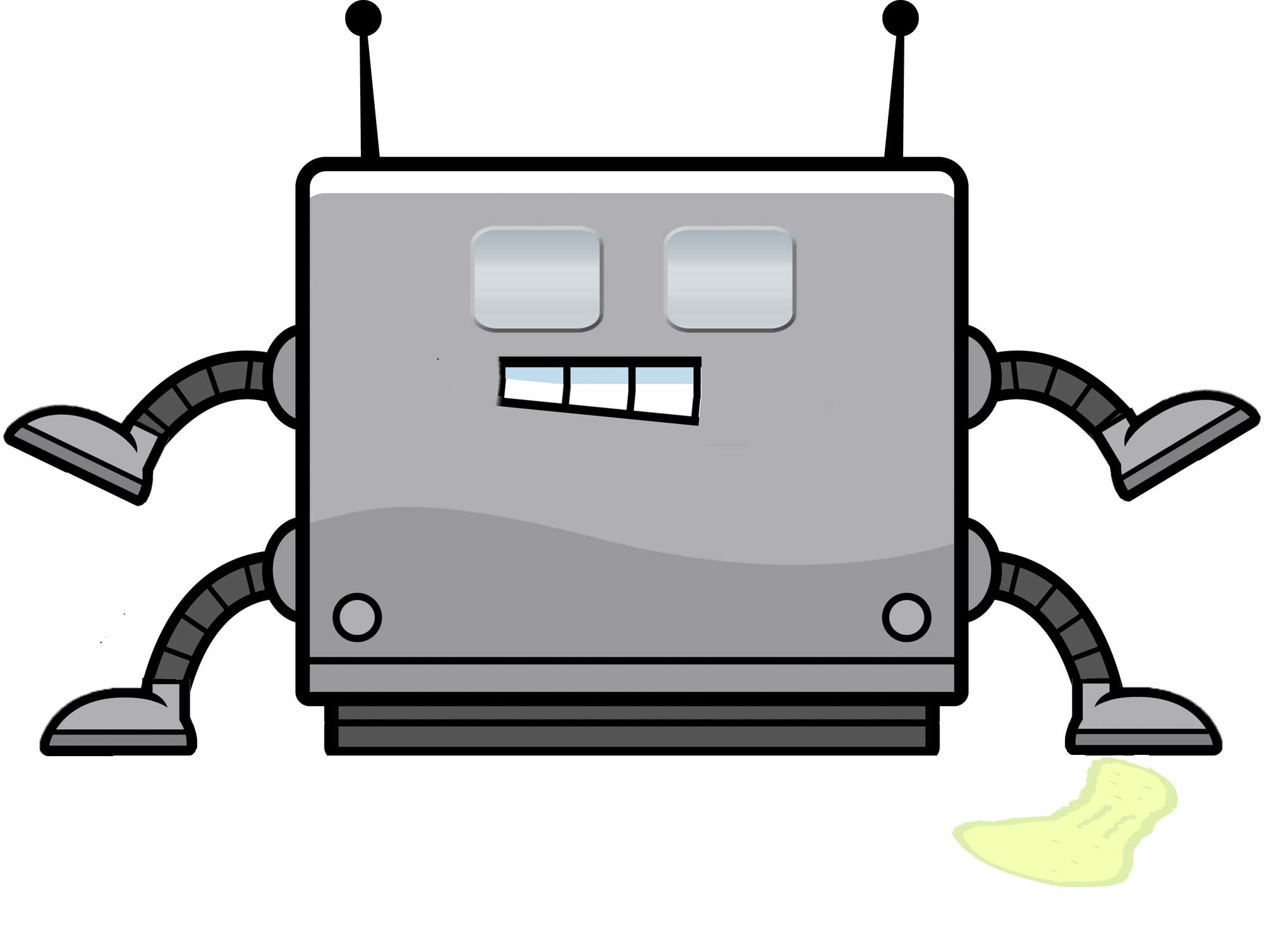 Janbot scooted in a zigzag pattern along the corridor, picking up tiny dust particles and other residue left by humans who generally didn’t spend much time planetside. It was an easy, almost meditative chore – if machines could be said to meditate. Janbot really didn’t have an artificial intelligence sufficient to desire inner peace or to even wonder if it should desire inner peace. Perhaps if it spent more time on the intergalactic social media like spambots, it would feel the need for something to center its convoluted programming.

Then again, spambots seemed perfectly content to impersonate a Peruglian princess about to be absorbed by the Cybers and concerned only with protecting her assets for her escaping nephews – if the recipient could just send his/her/its bank routing information? Or a Union doctor with a miracle cure that didn’t involve injections of imposazine. Or a lawyer with important documents that needed your retina scan, pay no attention to the fact that the transmission was coming from the penal colony…

But then again, spambots were programmed for multiple personalities.

There were also trollbots, which seemed to find purpose in raising the blood pressure of organic beings. They claimed it was the only aerobic exercise some beings got, and thus they did an important public service. Janbot did prefer its work, even if it did tend to be the same thing day in and day out. It felt a clean environment helped its biological crewmates more than late nights of arguing.

Janbot interrupted its musings and pulled to the side of the corridor. Two security crewmen from Shift B were dragging a still unconscious LeRoy Jenkins.

“I can’t believe he asked the LT such a stupid question,” one said.

“I know! We didn’t even have to prompt him. I’m so relieved. It was my turn to ask the stupid question if no one else had.”

“Yeah? Well, your willingness to take one for the team is appreciated.”

“Ha! Enlightened self-interest. I didn’t want to run laps around the saucer section, in EVA suits, outside, just because no one asked a question during a safety briefing. I’d rather be shot.”

“Right now, I’m thinking I’d rather be shot. All that shouting! My head is pounding. Let’s get our unwitting hero to his room fast, so I can go sleep off this hangover.”

The conversation continued, but the crewman passed by, so janbot returned to its sweeping. Oh, look! A little of Minion Jenkin’s drool. That was unexpected.

Janbot didn’t need inner peace, but its programming did allow it to appreciate the little surprises in its mundane life.

Personally, I’m not fond of drool on my floors. Although there are times when stunning one of the kids would have been worth the price of cleaning the floor later. (KIDDING!) Incidentally, my kids are almost all adults. In fact, the thirdborn is getting married on December 28th. We are thrilled to  be welcoming Aleksis Poitra to our family, especially now that she’s been indoctrinated to our humor.