Missed part one? Go here and catch up. Missed an Episode? Find the links here. 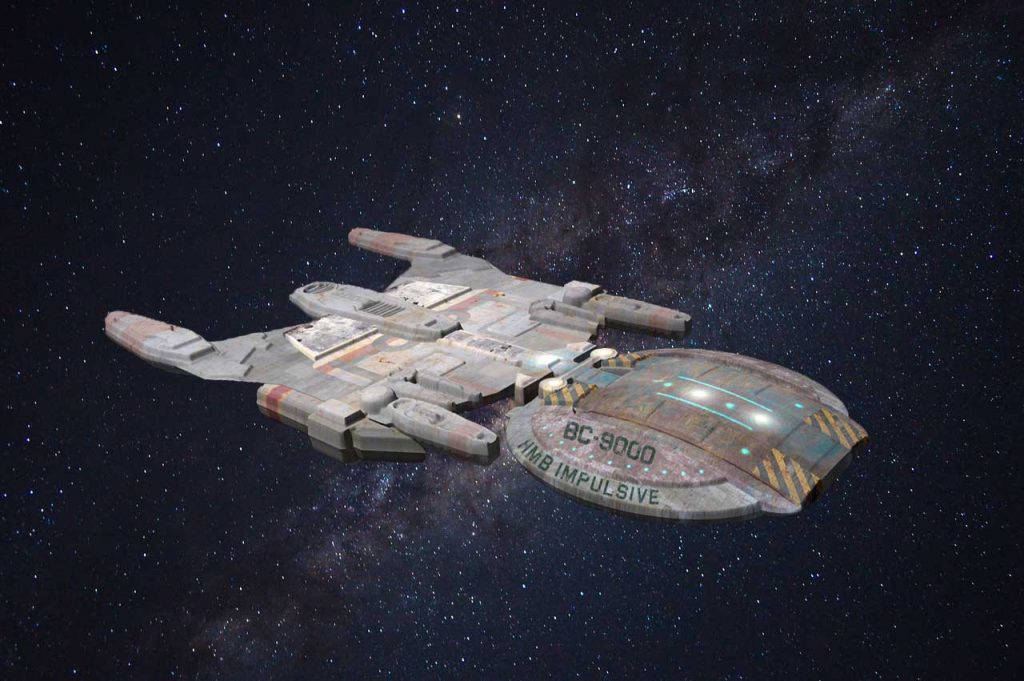 We’re en route to pick up our xenologist and ship’s sexy, Loreli, who was redirected at the request of the Union Diplomatic Corps to attempt to re-open negotiations with the Breeze-rustle-chitter system, known in HuFleet as Keepout. Keepout is home to an insectoid species, whose name is…computer, insert proper pronunciation here for the “Grumpy Old Neighbor” species and heretofore insert it whenever I refer to them as GONs. Thank you.

It’s been over a decade since the Union has had any contact with the GONs, whose environmental xenophobia is legend among the galaxy. They believe their planet to be a perfectly balanced paradise and thus are violently opposed to any potential contamination. Even before the species had confirmed the existence of extra-terrestrial life, they were already preparing planetary defenses to protect from it, just in case. First Contact was apparently an exercise in frustration, particularly since our early translation devices mistook their warning buoys for attempts to reach out to other species.

Over the past decade, slight inroads have been made. We’ve exchanged ideas and information via remote contact, and some of the GONs have ventured offworld, which is how Loreli caught their attention. Her visit has broken new ground for Union-Keepout relations. One day, a human may set foot on that world thanks to her efforts.

“End entry,” Captain Jebediah Tiberius told the computer. Then, he shook his head. He was proud of Loreli. She’d come so far since that scared little spout he’d rescued against orders. And yet, between her and Doall, the Impulsive could end up reassigned to diplomatic duty. He shuddered. Good thing he had officers like LaFuentes to round things out.

“We’re explorers, dammit, not diplomats,” he muttered as he left the ready room to the bridge.

“Captain on the bridge,” Ensign Ellie Doall called out from her Ops console. No one, however, heard her. They were too busy listening to his First Officer, Commander Phineas Smythe, relate his experience when he was a navigations second on the Tally Ho! as it tried to make first contact with Keepout.

“When the first bouy translated to ‘Private property of the Breeze-rustle-chitter,’ we thought it was just a territorial thing, so we broadcast our intentions and continued on. Same thing when we got to ‘Keep out,’ which is where we got the idea for the Union name for the system. We put up shields when we got to ‘Trespassers will be shot.’”

“But you kept going?” someone from the bullpen asked.

Lieutenant Enigo LaFuentes blushed slightly when everyone turned toward him. “I just meant, it’s refreshing to find a species that means what it says.”

“The engineering and medical departments of the Tally Ho! would not have agreed that day,” Smythe remarked dryly.

Jeb took his seat in the Captain’s chair. “Well, let’s hope there will be less shooting this time. Ensign Doall, are the buoys still active?”

“Yes, sir, but all are projecting, ‘No soliciting.’”

“Well, we’re not selling anything, so I’ll take that as a good sign. LaFuentes, prep shields just in case the inner signs get more terse. Cruz, take us in nice and slow.”

The ship jerked to a stop with such force, people were shoved against their consoles or tossed from chairs. Several of the second-string bridge officers in the bullpen sprung up alert, then flopped back into their seats as each primary crewperson stood up, unimpaired, and returned to their stations.

“That wasn’t me, Captain!” Cruz protested before Jeb could ask.

“Hey, y’all.” The computer spoke shipwide to get everyone’s attention. “Sorry about that, but Union has declared All Stop. No alert status – just a ‘hold yer horses.’ Hang on for further instructions from the Captain. Thank you.”

Tiberius exchanged a glance with his First Officer, who shook his head. He apparently did not feel comfortable when it came to handling anything to do with Keepout. Normally, Smythe took diplomatic calls…but then again, this did affect the entire ship… Tiberius placed his fist on his open palm. Smythe did the same. Smacking their fists three times, they did a quick game of paper-scissors-rock-redshirt-alien.  Smythe chose redshirt while Jeb took paper. The captain scowled; redshirt files paperwork. He’d have to take the call.

The harried, round-faced diplomat appeared on the screen. Since this is science fiction and we are dealing with aliens, let me be clear – Wylson’s head was round. Volleyball round. Like all Pelotanns, his bald, round head was connected to his squat body by a long neck. He had six eyes equidistant from each other on his face, set inward but able to bug out when appropriate. The three mouths, each capable of independent speech, were little more than slits, yet agile enough to imitate the language patterns of nearly every known species in the galaxy, including the gaseous extractions of the Huagg. They had no noses to disrupt the smoothness of their heads, but breathed through a hole in the top of their head. (Needless to say, hats are considered lethal weapons on Pelota V.)

With eyes able to take in everything around them, and mouths that could carry on conversations with three different species at the same time, the Pelotanns were uniquely suited as negotiators. They filled over 70 percent of the jobs in the Union diplomatic corps despite some species demanding greater representation. For a while, Jeb remembered, there had been an effort by the Huagg to get a greater share of jobs. No one wanted this, of course. Even putting aside the fact that they did not have a qualified candidates, no one wanted to negotiate with a species that spoke in farts. Even with the universal translator, it was not a comfortable process.

After much back and forth and attempts to clear the air, the Union finally insisted they meet with a Pelotann representative to discuss it. The Huagg left agreeing to stay out of the diplomatic corps completely and were happy about it.

This diplomat, however, looked anything but happy. One face frowned at the screen while a second was ensconced in a privacy box on some other business. The third seemed to be working off stress; its tentacles were weaving some kind of intricate doily.

The captain matched his frown to the one on Wylson’s face. “You can’t have them.”

“Impulsive, you are ordered to…what?”

“Doall and Loreli. They’re my best officers and you can’t have them.”

“Who said anything about your officers?”

“You instituted a computer-override All Stop on my ship, didn’t you? Why else would you hold my ship hostage unless you wanted my people for your diplomatic corps?”

“Very droll, Captain, but I’ve read your records. No, Captain, I am not interested in your people. I am trying to forestall an interplanetary incident.”

“We have permission – and orders – to approach Keepout. They’ve even changed the warnings – downright welcoming compared to the past. Lieutenant Loreli – whom you can’t have – has been working to open visitation rights, something even your kind hasn’t been able to accomplish.”

“Well, I regret to inform you that her mission has backfired in a horrific way. Terrorists have attacked her – ”

“What?” LaFuentes shouted from his place at Security.

Tiberius held up a hand to quiet him. “Is she all right?”

“The Breeze-rustle-chitter ambassador is dead.”

“She is alive, despite being hit with what for mammals is a lethal dose of radiation and being left for dead in the annual rise-set storms. Unfortunately, the nature of her survival has become the cause of what could be the worst interplanetary crisis between the Union and Keepout since the Tally Ho!”

Everyone within sight of the viewscreen did their best to look ignorant. No one looked at Smythe, who kept a poker face worthy of his ancestry. From behind, however, LaFuentes cut in.

“So what are you saying? Is she in danger?”

One of Wylson’s eyes bugged out just enough to look in LaFuentes’s direction. “Lieutenant Loreli has broken the greatest taboo of their planet and in a way that’s amazingly intricate.”

Wylson waved a tentacle at the screen. “This is why your ship is at All Stop, Captain. I will not have you barging in until we’ve assessed the situation and determined the dangers, not only to your officer, but to the Union.”

“LaFuentes, stand down,” Jeb said. “You’ll have to forgive my officer. ‘The Ship Is Family,’ is the motto of our Security Section. He takes the welfare of everyone on this crew seriously.”

“Commendable, of course. Let me reassure him and all of you that we are doing everything in our considerable power to rectify this situation. In the meantime, I think…yes… we’ve arranged for you to talk to your officer and have visual communications. In this case, an image is indeed worth a thousand words.”

Loreli’s alive! But what’s happened to her? Which thousand words is Wylson referring to – and can they be printed in a PG-13 series? Find out next week!