Space Traipse: Hold My Beer, Episode 3: Foot in the Door

I hope folks enjoyed Polarity Panic. It was actually the first episode I thought up and it made me giggle enough that I wanted to do this whole series. Now, we move on to something just as fun, but a little more serious. It was inspired by the planet Bethselamin, mentioned in Hitchhiker’s Guide to the Galaxy, by Douglas Adams. Bethselamin’s issue was preventing erosion caused by interplanetary tourism, but as I started writing, the GONs (Grumpy Old Neighbors) let me know they just don’t like anyone on their lawn. 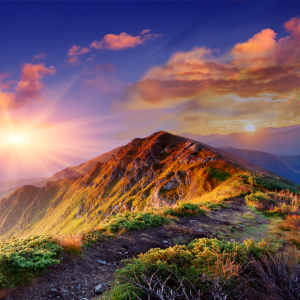 Loreli stood in the center of the clearing, her face toward the suns, her skin drinking deeply of the unique rays produced by the simultaneous sunset and sunrise even as her eyes feasted upon the spectacle of colors. The fronds that served as her hair splayed around her, and she held out her arms, fingers spread the better to enjoy the warmth. She’d shed her fabric clothing for the walk, choosing to style her foliage as a short but modest dress, in order to make the most of the unique opportunity for photosynthesis. A small breeze played with the hem of her skirt, and she felt the changes in barometric pressure and humidity that signaled an incoming storm.

Rain. Real rain. She longed to remain there, to drink in the natural water, generated by the biosphere of a perfect planet rather than the reconstitution and purification processes of a starship. Alas, the government of Breeze-rustle-chitter would never sanction it. No alien being was allowed to “steal” any of the natural resources of the world. That meant no drinking the water, no eating the food…even the soil would be removed from her shoes before she left.

Behind her, the Breeze-rustle-chitter ambassador hummed in agreement. “It is, isn’t it? You understand, then, why we are so careful about whom we allow on our planet.”

“Of course.” She relaxed, her fronds returning to their usual, hairlike style. She turned her back on the double suns and took the ambassador’s proffered arm. “I’m immensely honored you would both share this honor and allow me to speak on behalf of the Union of Spacefaring Planets.”

He patted her hand with the second of his four arms and led her down a garden trail back to the sealed biosphere that housed alien visitors. “Well, when Dr. Chit-chit-hack-cree heard your lecture, ‘101 Ways to Save a First Contact Gone FUBAR,’ he knew you of all creatures would understand our conundrum with the dominant Union species. Our world is paradise, and we wish no alien contamination to upset that balance. Some species, we believe we can trust to adhere to our rules – the Logics, and your kind. But humans! Humans are just so reckless and sloppy and…”

“I prefer to think of them as impulsive.”

“That’s the name of the ship you serve on, is it not? Why do you work with these creatures?”

“And it suits them. Oh, humans are indeed reckless and sloppy and very often seem to hear only what suits them. Yet they are creative and intuitive in ways no other species can match. If they don’t always consider the consequences, it’s often because they are so focused on the prize of their success. If it were not for the humans, I would still be slave to a mad naturopath. Then-Lieutenant Tiberius ignored the orders of the Union and stole me.”

“I was property, cultivated and pruned to serve my master’s pharmaceutical experiments. Jeb’s impulsive act led to the recognition of my species as sentient.”

“Your world is part of the Union?”

“We’re not a spacefaring species. I am an exception, raised by mammals as I was. But you see my point? The curiosity of the human Jebediah Tiberius and his stubborn insistence that he was serving a greater good by disregarding his superiors led to my freedom and the independence of my world.”

The wind picked up suddenly, ripping dried leaves off a tree and pelting the duo with them. A throny bush uprooted and tumbled into the path.

Loreli squealed and laughed. “Like a sudden storm. If you can deal with the chaos, you will reap the benefits of the rain.”

The ambassador did not seem so delighted. “The natural chaos provided by a world in balance, we can handle. It’s the chaos of alien elements we fear – and the humans, of all species – are the most alien of elements, and not just environmentally.”

“A hundred ways to fix a first contact gone FUBAR?” The ambassador’s mouth mandibles clicked in its equivalent of a smile. He released her arm. “Please, let me clear the path. We should hurry. Even in our perfectly balanced world, storms can be dangerous.”

He skittered away on all six limbs to the bush, but when he got there he rose in surprise and defense. “What are you doing here? These are private lands.”

A voice Loreli did not recognized answered. “Which you contaminate with alien presence! It should not be here breathing our air!”

“Eradicate the contaminants!” another voice yelled.

“Loreli, run!” the ambassador yelled. He reached to his pocket, whether for a communications device or a weapon, she did not know, nor did she find out. Their attacker shot the Ambassador in the thorax. He gave a screech and collapsed.

Then a second shot took her full in the chest. She fell to the ground, unconscious.

As if responding to the violence, the wind rose to gale force. One attacker gave her the most cursory of examinations, and finding no pulse, ran after his brothers.

The rain began to pelt the two bodies.

What? Can this be the end of Loreli? But she’s a main character! Is she still alive? Has the author gone Game-of-Thrones? Find out next week in Part Two of “ST: HMB – Foot in the Door.”

BTW, if you’re concerned you’ll forget to check in, sign up for weekly reminders here.