Seven minutes on the clock! Can Commander Deary and Lt. Morange save the Graptarian ship? read on, my friends. In the meantime, I’m on the road again, this time taking the 18-year-olds on their own adventures. Alex is heading to Colorado School of Mines (proud mama!) and Aleksis is off to the working world. Gonna be a bittersweet trip for me, but it’s exciting nonetheless.

Anyway! If you missed an installment, find the links here. Otherwise, on to our adventure! 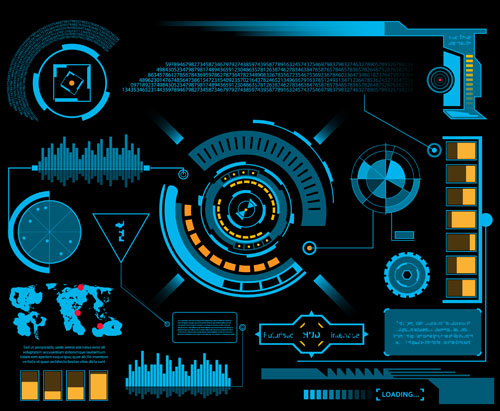 Inside the engine room of the Graptarian ship, the alarm lights had steadied to a soothing bright yellow. While the computer still counted down to their inevitable demise, the lack of panicky crewmen – save the five silently weeping at their consoles – had made things more relaxed. Jeb felt this was the right time to introduce his away team.

“Captain Ke, Meh, let me introduce my team. Commander Deary, our chief of engineering and his first assistant, Lieutenant Morange. First Officer Benedict Smythe, who is here in place of our xenologist. She’ll be so sorry to have missed this opportunity. Chief of Security Lieutenant Enigo Guiermo Ricardo Montoya Guiterrez LaFuentes. Doctor Guy Pasteur.”

The doctor gave a small, nondescript nod and pointed his scanner in the direction of the one crewman who had gotten a hold of his emotions, as well as his own buttocks. “Don’t mind me. I’ll be over there taking readings and basically being irrelevant to the current situation. Holler if Angus shocks himself on the alien equipment.”

Ke looked at each member of the Impulsive away team, befuddlement growing on his face. “Is this your senior staff? Who’s running the ship?”

“Enisgn Doall, thanks for asking. Real up-and-comer. I felt the taste of command might do her good, motivate her to stay in HuFleet. Don’t worry. She’ll make sure your crew’s all picked up and fed, and I told her to warp out of here if we didn’t have this fixed in –“

“- three minutes. No doubt she’ll dally an extra minute or two. You know how junior officers can prevaricate.”

Behind him, Smythe muttered, “Doall, prevaricate?”

The captain ignored them both. Commander Deary had wandered over to the main engineering console, which he recognized because it was where Chief Engineer Meh kept glancing with that pensive look, which coincidentally looked just like the pensive look he often saw on human engineers faces when facing a similar situation. (In simulation, of course, although there was that one time..but we must never speak of it.)

“Sure, just not everything humanly possible.”

“Why should that matter? Do you know how Graptarian warp drives work?”

“Ach. The physics is all the same. Your engines make the same warble that rises in tone – woo wee-eeeee. And your consoles are similar. Flat, like ours. So this squiggly line is the reaction mix interface.”

“Morange, go crack open that console. The one by the guy whose got his hands on his arse. No – the console next to the glowy one. Didn’t you learn anything during your safety course? ‘If the panel’s bright, use the one on the right.’”

“What are you doing?” Meh asked. The quality of his voice said that the answer probably didn’t matter as it could only add to the insanity, but morbid curiosity compelled him to ask. Graptairans had very expressive tones, not unlike humans.

Like often happens with humans, the tone was lost on Deary, as he studied the console intently. “Well, I think we should reverse the polarity.”

“Polarity. Of the magnetic containment field.”

“There is no magnetic containment field!”

“No? Well, let’s try it anyway. Morange, are there red wires and white wires?”

“Close enough. Rip them out and get ready to switch them. I want to make a few adjustments here.” His fingers flew over the console at a mad pace. Either he’d become an instant expert in Graptarian systems, or he had no idea what he was doing.

Is Commander Angus Deary an idiot savant? Will plot armor keep the away team alive? Find out next week! And in the meantime, show some Impulsive love and drop a comment below. I’ll probably need the cheering up when I get home to a near empty nest. (One more child to go!)