Welcome to the next episode of Space Traipse: Hold My Beer. Let’s get this party started with a theme song! Sung to ST:TOS theme song.*

Who’s that? Can I hit on her (Are you sure that’s female?)

We are humans, bold and impulsive! (The species is nuts!)

Humans! We’re so bold and impulsive (Let’s get out of here!)

Who’s that? Babe, come over here. (Your poison spikes are sexy.)

*The author freely admits she is not a songwriter and makes no guarantee her lyrics are any more singable than the original’s. 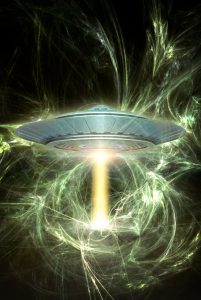 We’re back on patrol again after a brief stop at the Union’s station at Argo for some repairs, and to rub it in the face of the Union fleet that we defeated a Cyber hive while they were on a wild goose chase. It was all the funnier that some of the captains didn’t have a cultural reference for geese, wild or otherwise. That joke just never gets old. Since everyone wants the secret to our wikadas shields, they had to take it in good humor, so for once, we had minimal incarcerations due to barfights…with the exception of our chief of security. Lieutenant LaFuentes met someone from a rival gang on the Hood, and well. I can’t blame him; he was still on edge after nearly having to throw a fight with the Clichan prince.

Fortunately, Ensign Doall was able to convince the magistrate that a knife fight is considered a cultural greeting on the Hood and punishing the participants was inherently racist, so both he and Lieutenant Deisel had their charges dropped from “attempted murder” to “littering” and were fined the cost of cleaning up the blood they spilled in the passageway.

On a side note, between this and her work with the Clichan’s, Doall has been contacted by the Diplomatic Corps. They think she ahs a promising career as a diplomat. That’d be a shame. She’s too good an ops officer. Damn glad I followed cliché and put her on the bridge crew ahead of more senior and experienced officers.

“Cybers?” Captain Jebediah Tiberius asked, dropping his feet from the desk. He was hoping they’d be done with cybers for a few episodes.

She laughed. “As if! We’d be on red alert already. No, sir. But there is a ship in the center of it. They could be in trouble. Commander Smythe has hailed them, but it’s a new species. He requests the honor of your presence for when the translator has figured out what they’re saying. Poll has three-to-one odds for it being a distress signal.”

“Put me down for failed weapons experiment. I’m on my way.”

“Captain on the bridge,” Doall said just as the lazivater doors opened. One day, Jeb vowed, he would figure out how she did that with her back to the doors.

“Report,” he said as he entered and made his way to the comfy seat.

His first officer took that time to finish the last of his tea, then answered. “Definitely a distress signal. Translators are finishing up now. Very idiom-rich language. It appears to be a highly religious species.”

He lifted a finger in command and Doall played the transmission. “Oh, Keptar! Save us! Whatever we did, we take it back! By your buttock, bring us aid!”

The transmission continued along those lines, with some gibbering.

“Be sure to keep as many of the original idioms as possible. Loreli will want to study them when she gets back from her conference. Can we transmit?”

“They should be able to understand us now,” Doall said.

“This is Captain Jebediah Tiberius of the HuFleet HMB Impulsive. We’ve heard your distress call. Can we help?”

There was a moment of subspace crackle just to remind the audience that communications weren’t always easy or immediate, and then a voice gargled, “Our prayers are answered! Praise Keptar! Our ship has suffered a warp core breach. We must evacuate. Can you get to us in time?”

In the background, a computerized voice announced twelve minutes to get their affairs in order before approaching the Great Crack in the Sky. Doall tagged that phrase for their xenologist.

“Well?” The captain asked his helmsman.

Lieutenant Tonio Cruz’s hands flew over his console with the grace he with which he flew the ship. “Lots of subspace wake, but va bene. Plotting the course now.”

“I’m sure it will be no problem. How about if we fix your ship instead?”

“Do you know Graptarian technology?”

Tiberius looked at his engineering officer. Lieutenant Morange was a Heptite, skilled, experienced and on the Impulsive for career broadening. He would make a good chief engineer someday soon, but the way he raised all three of his eyebrows clearly said, Are you out of your mind? We just met this species.

Jeb liked that his crew felt comfortable being so honest. Still, Morange had a thing or two to learn. He told the Graptarian captain, “We’ll improvise.”

Maybe the Graptararians were distantly related to the Heptites. “It’s what we do.”

The translator did a good job of imitating the strain in the alien captain’s voice. “I swear by Keptar’s left buttock that my own crew has done everything possible. Please – just help us escape. Do not add your deaths to our souls’ burdens.”

“I’m sure we can multitask. Prepare to receive visitors. Impulsive out. Number One, care for an outing?”

“I could use a stretch. The usual away team?”

“Oh, let’s send them the best, and Lieutenant Morange, too. I’m sure Deary can use the assist. And it’ll be good career broadening. I’ll meet you in Teleportation Room One.”

In the bullpen that held the crew of second-string bridge officers, high fives were exchanged, and the secondary engineer took the place of her discomfited Heptite superior. Her heart swelled with pride and ambition. One day, she vowed, she would wear that deer-in-the-headlights look as her commander chose her for a dangerous and most likely fatal away mission.

As he left the bridge for the head, Tiberius smiled to himself. The Graptarians seem like such a noble species. He had no doubt they’d tried everything possible to save their ship.

Just not everything humanly possible.

Hey, guys! I hope you’ve enjoyed the first installment of Space Traipse: Hold My Beer, The Polarity Panic.  BTW, if you missed the exciting and hilarious Episode 1, The Best Laid Plans of Vegetative and Cybernetic Beings, start here.